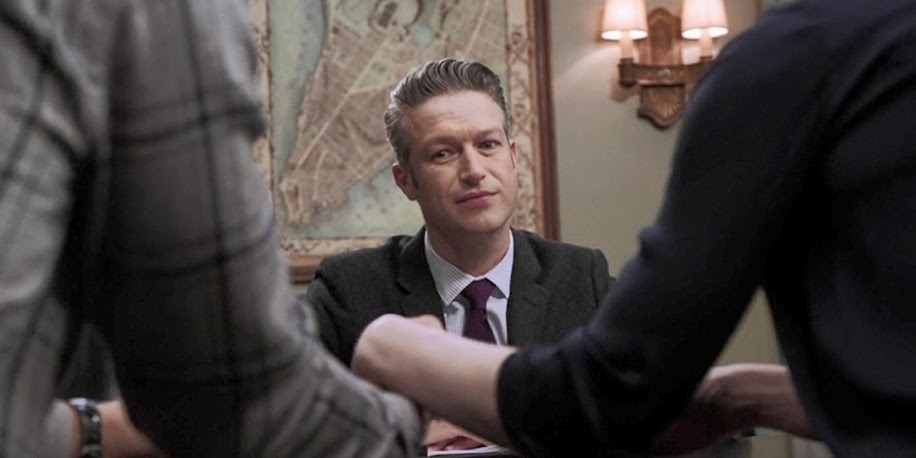 Currently, in its twenty-first season, ‘Law & Order: SVU’ is going from strength to strength with episodes that are ripped from the headlines and delivered straight to the viewers’ screens. Season 21 has been emotionally draining for all the detectives, especially for Captain Olivia Margaret Benson, who is reeling from the loss of her brother and the unexpected suicide of her ex-boyfriend Ed Tucker, after he informs her of his cancer. Meanwhile, Carisi wins his first trial while Rollins goes on a dinner date with a new entry – Sergeant Khaldun. Yes, a romantic dinner date.

Before we dive into the preview, here’s an unfortunate news for the fans, Josh Wallwork, 45, the costumer of  ‘Law & Order: SVU’ has passed away following complications from the deadly COVID-19. Don’t worry, you are not alone. The star of the show mourns with you.

Heartbroken we are. I don’t think I ever saw him without a smile on his face. He brought love and kindness everywhere he went. Always ready with the joke. The SVU Corredor will never be the same.
We will miss you Josh. #ForeverInOurHearts https://t.co/ihoY9kxhCe

Where to Watch Law and Order: SVU Season 21 Episode 18 Online?

You can catch ‘Law & Order: SVU’ season 21 episode 18 on NBC at the above-mentioned time. You can also watch the episode on NBC’s official website, as well as, the NBC app.

The upcoming episode has been titled ‘Garland’s Baptism by Fire.’

In the episode, Chief Garland will be forced to put his friendship on the back seat when a reputed pastor at his church is taken into custody on the charges of sexual misconduct. The episode will feature guest appearances from many stars like Demore Barnes, Roger Cross, Aunjanue Ellis and Rick Fox. Such a polished lineup, right? Well, casting has always been the strong suit of this procedural drama. We can expect the next episode to ooze with talent.

You must be wondering about the absence of a promo for episode 18, after the end of this week’s episode. Well, here’s why showrunner Warren Leight chose to not release it!

it's kind of hard for overworked post and promo departments, most relocated to working from home, to cut promos and get approvals, and get them air-ready at the moment.

Was sad to see our show shut down, but glad it happened before an in-house outbreak. Trying times for all. Stay well.
PS – I was told today we probably won't have a promo this Thursday for next week's ep either. It is the least of all of our worries. Stay well too.

That’s actually a good decision. On the downside, Season 21 might have a shortened season thanks (no thanks) to the COVID-19 outbreak. Here’s what Warren had to say about it!

Well, believe it or not, Simon's death was going to be re-examined in the finale. Along with the return of two prominent characters from earlier seasons. So, we're sorry not to get to make that episode. The three before it were also in pretty great shape. So it goes. https://t.co/SiBAKKrOjQ

The episode begins with the manager grilling all the girls for a dull performance. Brad sweet talks Delia, a newbie, and they make-out in the studio room. Delia, who is also a dance instructor, is fired from her day job the following day.

Delia approaches Rollins and Olivia, and upon investigating, the two realize that the whole racket goes deeper than it looks. Almost all the girls at the academy/institute have been blackmailed by the choreographer Sasha and the male dancers – Brad, Edward, and Jason. The detectives are disappointed but not shocked when they learn about the head of the institute, Alistair’s involvement in the disgusting crime. Rollins asks Hasim Khaldun to go undercover and catch the perpetrators in the act. Of course, Carisi shrugs. What do you expect? Can he approach Rollins already?

The plan works as Rollins barges in on Hasim and Ashley, who spills everything about the large scale prostitution racket run by Alistair and Sasha. Edward and Brad are fired, while Jason, Alistair, and Sasha are put behind bars. Delia is relieved to know that but confesses to Olivia that she will never be able to dance again.