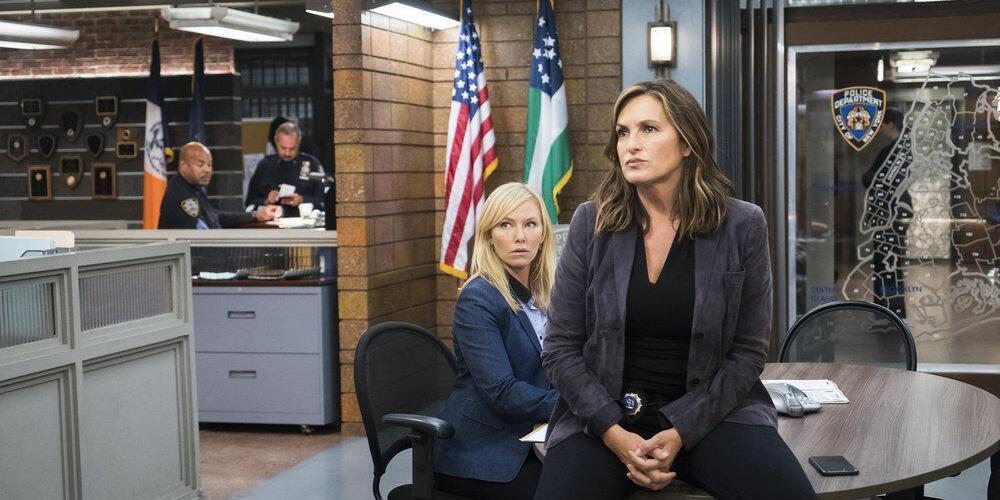 ‘Law & Order: SVU’ season 21 continues to follow Captain Olivia Benson and her team of detectives who specialize in solving crimes related to sexual assault and domestic violence. In the latest episode, titled ‘Garland’s Baptism by Fire,’ Chief Christian Garland is forced to make a tough choice when his friend, Reverend Chase, is accused of sexually abusing young girls at the church.

By conducting a thorough investigation, the unit discerns that Chase has committed the said crime, and with the help of Chase’s wife and the girls’ testimonies, he is found guilty and thrown behind bars. When Garland visits him, he is shocked to see the delusional man showing absolutely no remorse. Garland is unable to hold back the tears, and it’s understandable. It can be quite painful to see your mentor fall. In case you want to know what happens in ‘Law & Order: SVU’ season 21 episode 19, keep reading!

Where to Watch Law and Order: SVU Season 21 Episode 19 Online?

You can catch ‘Law & Order: SVU’ season 21 episode 19 on NBC at the above-mentioned time. You can also watch the episode on NBC’s official website, as well as, the NBC app.

The upcoming episode has been titled ‘Solving For The Unknowns.’

How can you solve a case when you don’t know what you’re dealing with? In the episode, we can expect the Special Victims Unit to struggle while cracking a case that revolves around a sexual predator. The man utilizes a peculiar type of date-rape drug to facilitate sexual assault, which put his victims in a state of vulnerability, wherein they’re in no position to defend themselves or know what’s being done to them.

As the drug leaves no trace and there is no way for them to find out anything through a test, there is a possibility that the unit might suffer some exasperating setbacks. If nothing helps and they are unable to find some concrete evidence against the suspect, the unit might even be forced to drop the case. So brace yourselves to witness some high-intensity drama in the next episode.

Also, the episode might bring in some good news for Detective Amanda Rollins. Will it be related to her and Sergeant Hasim Khaldun? Or will Carisi finally make his move and ask her out on a date? One can only hope. Also, the episode is all set to star Natalie Smith (‘Beautiful Dreamer,’) Eddie Kay Thomas (‘Scorpion’,) Daniel London (‘Patch Adams,’) and Madison Ferris (‘The Glass Menagerie,’) in guest appearances.