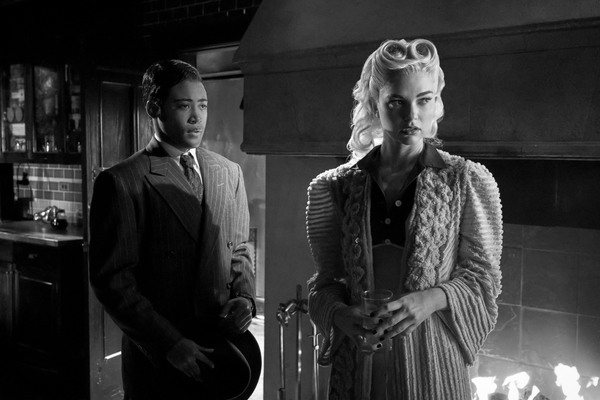 If you love ‘The Vampire Diaries‘, and the shows it gave rise to, you are bound to love ‘Legacies‘. The series is a spinoff of ‘The Originals‘ and has some familiar faces from both these shows. One thing becomes immediately clear in ‘Legacies’. The tensions are running high in the supernatural world, and one girl might be uniquely positioned to broker some semblance of peace.

Aptly named Hope, she has the bloodlines of vampires, witches, and werewolves in her. However, before Hope realizes how much the fate of the magical world rests on her shoulders, she must get through the school where all supernatural children learn to harness their powers.

Currently in Season 2, ‘Legacies’ sees Hope and her friends, navigating through life. The show went on a break for some time after Episode 13, which might make you wonder when Episode 14 is slated to be released. We have got you covered in that regard, besides giving you spoilers of the episode, as well as where you can watch it.

Legacies Season 2 Episode 14 Release Date: When Will It Premiere?

Where to Stream Legacies Season 2 Online?

‘Legacies’ is on The CW, so you can watch it with a cable subscription. If you don’t have one, you can use The CW site to stream the show. Cord cutters can use Fubo TV and YouTube TV. If you are an Amazon Prime user, you can purchase and stream the episodes. Netflix users can catch up on Season 1 of the show.

From where the show stands, we know that Hope has found a place for herself at the Salvatore school, but things have exactly been easy for her, due to the many supernatural creatures that have now become a part of this world. The upcoming episode will see the central group trying to deal with the trauma that they are facing.

As a result, Emma suggests that the students take part in a simulation that transports them to a film noir world. Hope, Josie, Lizzie, MG, and Rafael come to realize that the game might have catastrophic consequences, that will leave indelible scars in their lives unless they are able to confront all of their conflicts, head-on.

Naturally, the episode keeps the thrill of the show alive, while providing the visual distraction of being set in a noirish world. From the promo, it is evident that we will see some classic tropes like the hardboiled man, and the damsel in distress. Moreover, we see Professor Vardemus pretending to be Sherlock Holmes. However, danger might lurk just around the corner, as the rules of the game might have been changed.

Landon appears to be missing, and someone is out to kill Lizzie. It might be Josie, who’s changed the rules. Only time will tell.

You can check out the promo of the upcoming episode below.