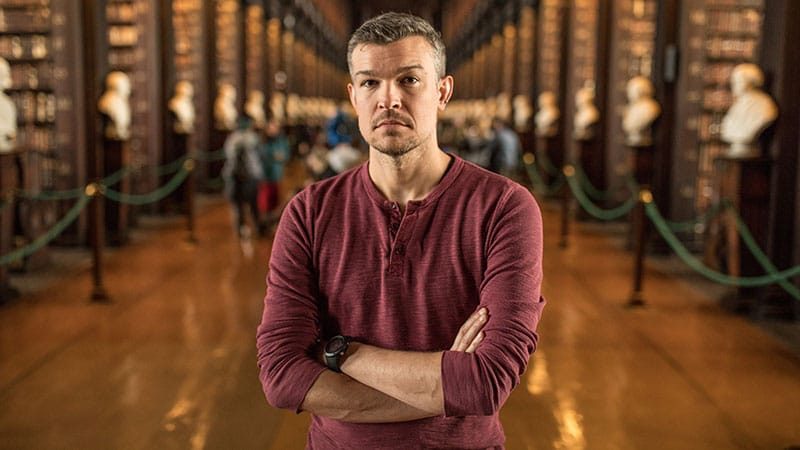 There are several adventure series on the TV right now. But Legend Hunter on the Travel Channel is an adventure series with a difference! Not content with simply showing travel and adventure for the very sake of doing so, the series follows the famous explorer-cum-scientist, Pat Spain, on his journey to uncover and explain some of the long-standing mysteries and sagas of the world. As Pat Spain follows these enigmatic folk tales and incorporates a scientific explanation for its unanswered questions, the viewer is drawn into the process and left eager to know more.

Legend Hunter has had quite a successful season so far. Here’s everything we know about its next season.

Legend Hunter Cast: Who’s in it?

Legend Hunter on Travel Channel stars Pat Spain as the host and primary character. There is also Scott Bonn, an Expert Criminologist, and Chris Wilson, a CIA Agent playing themselves. Often, actors are brought into to be part of re-enactments of incidents for a better understanding for viewers. These include Ellis J. Wells as Francis Shackleton, Jason Christopher, Simon DeSilva as George White, Jamie Langlands as Puritan Man, Michael Maisey as Jack The Ripper. Together, this team creates a one of a kind show of action, adventure, and science, all within the reality format.

The executive producer for Icon Films – for this series – is Stephen McQuillan, and for Travel Channel, it is Daniel A. Schwartz. General Manager, Jane Latman, and group president Henry Schleiff are joined by director Alex Parkinson, and producers Evie Wright and Sarah Walker in the making of this unusual show.

Legend Hunter Plot: What is it about?

Legend Hunter is a show where Pat Spain sets out on a quest for answers and unseen pieces of evidence to get to the bottom of the many unsolved phenomena of our times. A scientist, adventurer and researcher of paranormal happenings all in one, Pat Spain is seen rummaging through modern-day peculiarities and spellbinding, historical mysteries in search for explanations. Pat Spain is eminently suited to a quest of this sort. Amongst his many qualifications that deem him perfect for the job are: wildlife biologist, cryptozoologist, and biotech expert, apart from being a writer. He’s also the great nephew of the legendary Charles Fort, a world-famous author and researcher who – in his time – specialised in atypical phenomena and anomalies, and frequently challenged simpler and conventional explanations by thrusting mainstream science to the limelight. Known as the “Prophet of the Unexplained”, Fort and his writings influenced many contemporary and subsequent science-fiction, horror and crime writers.

He described his passion for uncovering answers to unsolved riddles where he said, “As a scientist, I’ve spent my life investigating some of mankind’s greatest oddities – bizarre creatures and mythical beasts, tribal rituals and far-flung places. Now I get the chance to take on some of the world’s iconic mysteries.”

In the series Legend Hunter, on Travel Channel, Pat Spain brings his unique skills, combined with cutting-edge innovations and technology, an unmatched scientific sharpness and an overwhelming desire to explain things, to bear on solving some of the most baffling mysteries and legends around. Legendary mysteries like the real identity of Jack the Ripper, the real murderers of Lizzie Borden’s parents, the actual scenario behind the “Beast of Bray Road” – a reputedly werewolf-like creature, and more, draw Pat Spain to travel far and wide to conduct his intensive investigations. He employs forensic shreds of evidence, confidential documents, scrutinising suspects, and going over alibis in his search for answers. “These are questions that have been burning in my mind since I was a child,” he said “and I’m going right to the source to try and find answers – with exclusive access to people, archives and crimes scenes. And we have some extraordinary results that I can’t wait to share with the world.”

Legend Hunter Season 2 Release Date: When will it premiere?

The first season of Legend Hunter aired on January 8, 2019 and a total of seven episodes in its full season run. As far as the next season goes, we don’t have an official announcement yet. Though considering the uniqueness of the show, we would be surprised if it doesn’t get renewed. If the show does get renewed, Season 2 of Legend Hunter can release sometime in 2020. We will update this section as soon as we hear more.

A combination of mystery, thriller, seamless forensic examination, combined with travelling expeditions, exotic locales and state-of-art scientific technologies, Legend Hunter is already a show that is attractive to a large section of viewers and is only set to become more so. Here is a little sneak peek into the show to keep your enthusiasm at bay while you wait for announcements for season 2. In the clip here, we see Pat Spain delving into the “relics and treasure” buried in Southern California.