Legendary on HBO Max: Everything We Know 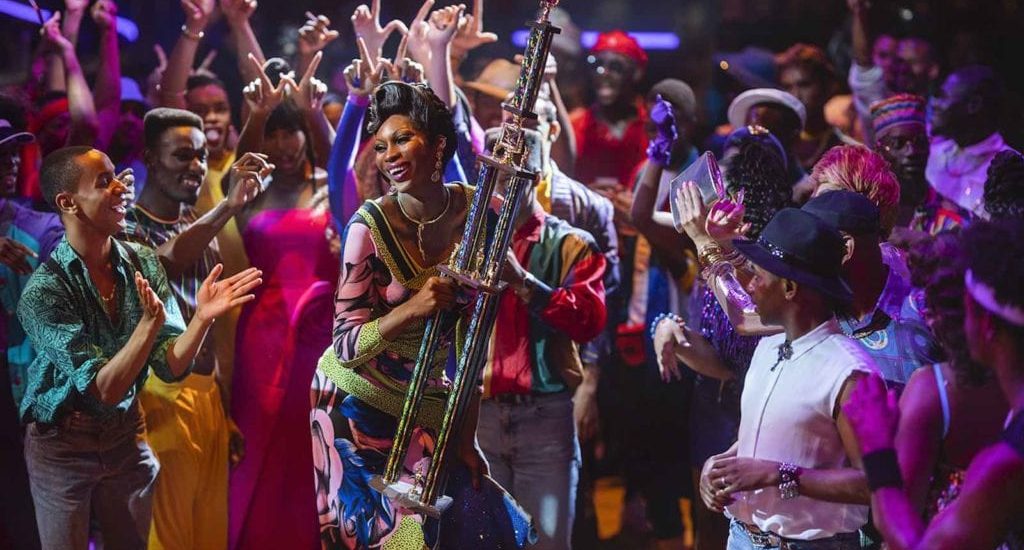 Voguing is a dance style that had its roots in the 1960s Harlem ballroom culture. In the 1980s, it became a full-fledged dance form, which represents the Black LGBT tradition. It gained mainstream recognition after Madonna’s song ‘Vogue’, followed by Jennie Livingston’s documentary ‘Paris Is Burning’, and Ryan Murphy’s Emmy-winning show ‘Pose’. ‘Legendary’ is the first prime-time reality series that brings forth the beauty of voguing before a wider audience. Read on to find out more about this ambitious dance competition.

‘Legendary’ season 1 premieres on May 27, 2020, on HBO Max. It will consist of nine episodes, each spanning 50 minutes in duration.

MC Dashaun Wesley and DJ MikeQ serve as the playful yet authoritative commentators plus hosts for the show. In the judging panel we have actress Jameela Jamil (‘The Good Place‘, ‘The Misery Index‘); dancer, activist, and voguing icon Leiomy Maldonado; stylist Law Roach (‘America’s Next Top Model‘); and rapper Megan Thee Stallion. In season 1, eight of the most legendary and influential houses from the underground ballroom scene battle it out to win the contest. Each team consists of five members and a leader, who is called the ‘parent’.

What is Legendary About?

‘Legendary’ is an unscripted ballroom competition show that throws the limelight on voguing houses, competing with each other in ballroom dance sequences and outrageous fashion styles. With their moves and get-up, they must prove that they are indeed ‘legendary’! Some of the looks showcased in the episodes range from pop-superstar glam to extraterrestrial realness.

Each episode comprises three rounds and the panel announces a winner every week. The bottom-two houses do get another chance to plead their case. Finally, the team that manages to make it to the top wins the coveted trophy and a cash prize of $100,000. HBO Max sheds further light on the show’s concept. Its official description goes as follows:

“In this series highlighting modern-day ball culture, divas battle on teams called ‘Houses’ in fashion and dance challenges including voguing for the chance to snatch the legendary trophy and win a cash prize. Voguing is a competitive style of modern dance featuring high fashion and choreography based on poses struck by models. ‘Legendary’ features eight voguing houses, each comprised of five performers and a leader—the house ‘parent.’ The teams rotate in a round-robin format that documents a themed ball every episode from start to finish giving full access to the behind the scenes action.”

‘Legendary’ seems to bring in the similar vibes of the iconic reality shows ‘RuPaul’s Drag Race‘ and ‘Queer Eye‘. And we bet, it will progress to be yet another fan-favorite title in the coming years.

You can watch the trailer for season 1 of the show below: