DC’s Legends of Tomorrow S05 E02: Everything We Know 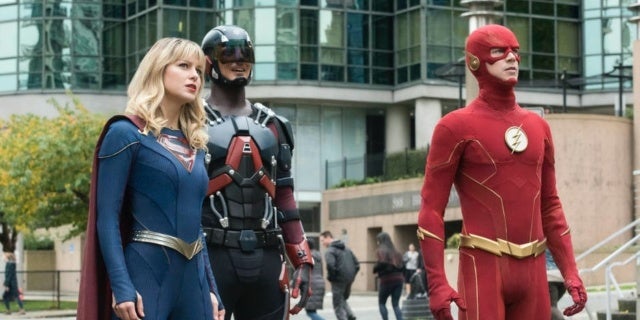 Set within the Arrowverse, ‘DC’s Legends of Tomorrow’ sees characters like Flash and Supergirl, teaming up to save the day. The series is a testament to how well DC has built its world when it comes to television shows.

The show starts with Rip Hunter assembling a team to go after Vandal Savage. However, over the seasons, the story has progressed excellently, even including new heroes like the occult detective, John Constantine. Currently, ‘Legends of Tomorrow’ has witnessed their chapter of ‘Crisis on Infinite Earths’.

Naturally, you must be eager to know about what goes down in this episode. We are here to tell you that, right after we walk you through where and when to watch the upcoming episode.

When is Legends of Tomorrow Season 5 Episode 2 Release Date?

‘Legends of Tomorrow’ Season 5 episode 2 releases on Tuesday, January 21, 2020, at 9 PM ET/PT, on The CW. Titled ‘Meet the Legends’, it shows how the members cope with the spotlight. While some take to it, even inviting a documentary crew, the heroes soon have to forget about fame and focus on the job.

It seems a mysterious blip in the timeline needs their attention, as Constantine warns them that there could be more to it than meets the eye.

Where to Stream Legends of Tomorrow Season 5 Episode 2 Online?

‘Legends of Tomorrow’ is on The CW, so the simplest way would be to watch it with a cable subscription. However, in the absence of one, you can always head to The CW site and stream the episodes. Cord cutters have the option of watching the show on Fubo TV, which offers a free trial period before charging you for the services. Alternatively, you can buy and stream the episodes on Amazon Prime.

If you need to catch the previous seasons of the show, you can do so on Netflix.

The chapter of ‘Arrow’ sees Oliver sacrificing himself for a brave new multiverse. This is the world we now see in ‘Legends of Tomorrow’. The episode starts with Kara waking up, and freaking out because everything seems to be fine. She remembers being at the battle that took place at the dawn of time. However, before she has enough time to process this, she has to attend a Nobel Peace Prize ceremony, where the award goes to Lex Luthor.

It appears that he is revered in this timeline. Soon enough, the central characters realize that Supergirl and Flash exist on the same earth, in this timeline. However, at the same time, they realize the permanence of Oliver’s sacrifice, as there does not appear to be any way for Green Arrow to make a comeback.

The heroes, with some assistance from Batwoman, manage to thwart Sargon the Sorcerer. However, the real challenge appears when it is revealed that Anti-Monitor has not completely vanished. The new plan is to shrink and send the villain to the Microverse.

The heroes are determined to fight for the sacrifice Oliver made. It seems to be touch and go for a while, but things come together in the epic conclusion as Anti-Monitor is shrunk and vanquished. The episode ends with Oliver’s courage being acknowledged and commemorated with a shrine.

Oliver also explains the birth of the new Multiverse in a voiceover, as we see various planets. Earth-1 becomes Earth-Prime as the age of heroes begins. The shrine ultimately becomes the new headquarters for the heroes, who keep an honorary seat for Arrow at the table. At the very end, a new threat seems to emerge, which the heroes will undoubtedly tackle somewhere down the road.