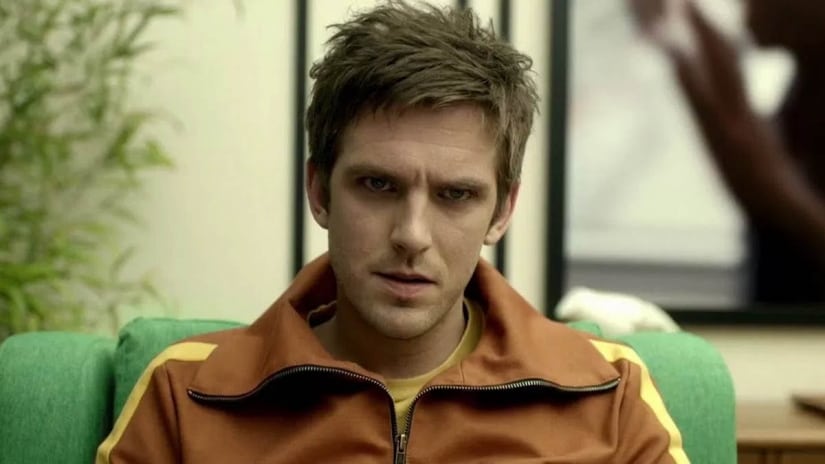 ‘Legion’ is an American series that airs on FX. It first premiered on February 8, 2017. The series is based on the Marvel character Legion, or David Haller, who is actually the mutant son of Gabrielle Haller, and Professor Charles Xavier, who we know as one of the founding members of the X-Men. ‘Legion’, the show, however, goes beyond the normal superhero fanfare, and expertly combines elements of drama, science fiction, psychological thriller, and horror. In fact, one might even say that ‘Legion’ is a stepping stone to a new tone in the superhero genre.

The unique thing about ‘Legion’, though, is that despite being based on the Marvel character, it does not form a part of the Marvel Cinematic Universe. Created by the genius who adapted the ‘Fargo‘ movie for television, Noah Hawley, ‘Legion’ has gained its own momentum and storyline that is exciting and original. The critically acclaimed show has grabbed eyeballs and done very well with the ratings. Experts have hailed the show as daring and visually arresting while pointing out the obvious departure that it makes from the traditional superhero genre as we know it.

The show has had three successful seasons so far. But will Legion return for season 4? Let’s find out.

Legion Cast: Who is in it?

The cast of ‘Legion’ is led by Dan Stevens as David Haller. Haller in the comics is one of the most powerful mutants, being the son of Professor Xavier, who is an Omega level mutant himself. Haller, however, has split personalities, and the show taps into the schizophrenia as a launching ground for the narrative. We see Haller in a psychiatric hospital, trying to come to terms with his problems. Stevens delivers an extremely realistic and fantastically nuanced performance, and this is because he spent time researching on mental health in preparation for the role. Furthermore, the people involved in the show, also kept parts of the plot a secret, so that Stevens could replicate Haller’s genuine surprise when he gradually began to discover the truth about himself.

Rachel Keller, who we saw in Season 2 of ‘Fargo’, plays the role of Sydney “Syd” Barrett. Sydney is David’s girlfriend and is a mutant whose mind can trade places with the person whom she touches. Thus, she is shown to be withdrawn. If you were wondering, yes, ‘Syd’ Barrett’s name is a tipping of the hat to Roger ‘Syd’ Barrett of Pink Floyd, whose music had an immense impact on the show maker, Noah Hawley.

Aubrey Plaza appears in the role of Lenore ‘Lenny’ Busker, a friend of Haller’s, and an incurable optimist, despite her own history of alcohol and drug abuse.

In season 3, Stephanie Corneliussen of ‘Mr. Robot‘ fame, and Harry Lloyd, best known for playing Viserys Targaryen on ‘Game of Thrones‘, were added to the cast as Gabrielle and Charles, Haller’s parents. Lauren Tsai also joined the cast as Switch, a mutant with time travel powers, that will affect the storyline of the upcoming season.

All the main cast members are expected to return for season 4, if and when it happens.

Legion Plot: What is it about?

‘Legion’ revolves around David Haller, a troubled young man who was diagnosed with schizophrenia as a child. Going from one psychiatric institution to the other across the country, David meets and falls in love with a beautiful and troubled fellow patient named Syd. After a startling encounter with her, he is forced to confront the shocking possibility that the voices he hears and the visions he sees may actually be real. Syd leads David to Melanie Bird, a demanding but nurturing therapist who heads a team of specialists – Ptonomy, Kerry, and Cary – each of whom possesses a unique and extraordinary gift. Together, they help David to recognize and harness his hidden abilities and unlock a deeply suppressed truth, the fact that he has been haunted his entire life by a malicious parasite with unimaginable power.

Over the seasons, we have seen David come to terms with his power and then unleash havoc with it. However, there have been hints of a redemptive arc in his story, and Hawley confirmed as much, saying, “He has gone to a place to get what he needs, which is positive affirmation coming at him. But he does it by feeding off the positive energy of his acolytes, and he gets all this positive energy by implanting that positivity in their minds. So, he’s in this feedback loop. He’s no healthier, actually, psychologically, than he was before. He’s just insulated… and that insulation doesn’t last for very long”.

Legion Season 4 Release Date: When will it premiere?

Notably, the fans might be disappointed to hear that the upcoming season might just be the final one for ‘Legion’. Considering it is miles ahead of any other superhero show, this might come as a bit of a surprise for fans. However, Hawley always visualized the story and how it would pan out beforehand, and this is what he had to say about the cancellation. “I think endings are what gives stories meaning. I always thought of this as a complete story with a beginning, middle, and end. It felt like it had three acts so this was a natural place to end it”. Just because ‘Legion’ is ending after this season, does not mean that audiences are done with Haller.

Though, fans shouldn’t lose all their hopes yet. As you might know, Disney is coming up with its own streaming service, Disney+, and has decided to accumulate all Marvel content under its umbrella, we might see Haller on more adventures, and possibly even in crossovers. Whichever way we look at it, ‘Legion’ not only marked a milestone moment when it changed how superhero content could be treated but also seems to have a bright future ahead of it. As soon as we come to know about Legion season 4, we will update this section.

While we wait for any positive news on ‘Legion’ Season 4, check out the trailer for Season 3 below. If you have not seen ‘Legion’ yet, you are missing out on a good show, even if you are not a superhero fan. Head over to Hulu to catch all the episodes of the previous seasons.