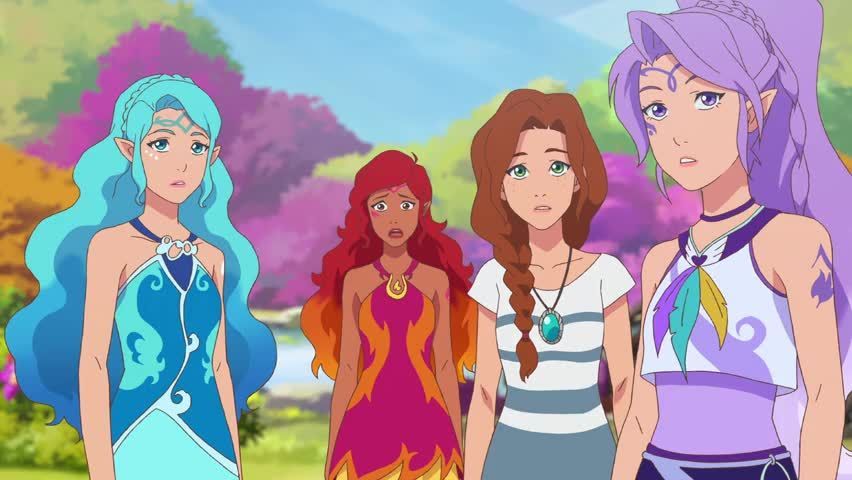 ‘LEGO Elves: Secrets of Elvendale’ is a fantasy web series that airs on Netflix and first premiered on September 1, 2017. The series follows Emily Jones and her Elf-friends going to the heart of the magical forest in order to save Emily’s sister, who has been kidnapped by the Goblin King. If you are not aware of this franchise at all, this series is an addition to Netflix’s lineup of LEGO shows which include ‘LEGO Bionicle: The Journey to One’ and ‘LEGO Friends: The Power of Friendship’.

All of these shows have stemmed from the Lego Elves toy line that has been made by the widely popular Danish company, Lego. Apparently, it is part of The Lego Group’s efforts to make its products more appealing to girls. Netflix, on the other hand, firmly aims the show at children of all age groups, hoping to draw in that particular audience base as well, and they have been doing rather well in making shows such as ‘Hilda‘ and ‘Beat Bugs‘.

LEGO Elves: Secrets of Elvendale Cast: Who is in it?

The main cast of ‘LEGO Elves: Secrets of Elvendale’ includes voice actors since the characters on the show are all animated. The animation style eschews the normal Lego doll-like features and goes for higher realism, all the while retaining a slight anime influence. The list of voice actors for the season produced in Denmark is as follows: Ashleigh Ball who voices Aira, Erin Mathews voice Azari, Kyle Rideout, Kathleen Barr, Riley Murdock, Scott McNeil, and Rebecca Husain who voices Sophie Jones.

If there is an upcoming season, we can expect to see the main characters reprise their roles and perhaps some new cast members will be thrown into the mix as well to keep things interesting.

LEGO Elves: Secrets of Elvendale Plot: What is it about?

The show follows “Emily Jones, shortly after the death of her grandmother, receives an amulet that teleports her to the Parallel universe of Elvendale. There, she befriends four young elves associated with the classical elements, who assist in her quest to return home, and whom she periodically visits thereafter.”

What is immediately striking about the show is how their animation style is more along the lines of ‘Airbender‘ which makes it appealing to children who might not be into the Lego building blocks. The series has a linear plotline, and as the story unfurls, it tactfully broaches a couple of issues that require nuance and can be potentially helpful to the kids. We are shown how to show compassion and remain kind, and yet still be able to use our better judgment when necessary. More importantly, the series also puts across the message that we should not let grief, in this case, dark magic, consume us. But messages aside, the characters encounter goblins, dragons, and even a mysterious elf on their way to rescue Sophie, who thankfully remains unharmed. Keeping the target audience in mind, none of the evil characters are too scary, though you might find the children closing their eyes when the show introduces a dark squid shadow monster who seems to have come from an evil dimension.

However, even then, there is a theme of repentance and forgiveness that is present at the end of the story, where all the plot lines are tied up and everyone ultimately is happy once again. **Parents should know as a trigger warning, that there is a character death on the show and the Goblin King has a pretty scarring background, so keep these in mind while deciding whether or not to let your child watch this series**.

That being said, the overall plot is rather archetypal and one can even analyze the Goblin King’s evil as a reaction formation to grief. Naturally, the abduction of Sophie, the girl who charms everyone, is symbolic of the Goblin King trying to spread this grief and gloom among others as well. It just might be a cry for help on his part though, which makes Emily and her friends the proverbial heroes who fulfill their roles of not just rescuing Sophie but in the process saving the Goblin King from himself as well. Overall, the plot appears to be simple, but upon analysis, it does seem to have layers, which is something the grownups might enjoy if they sit down to watch this show with the children.

LEGO Elves: Secrets of Elvendale Season 2 Release: When does it premiere?

‘LEGO Elves: Secrets of Elvendale’ Season 1 premiered on September 1, 2017. Netflix has unfortunately not mentioned anything about another season yet. It is one of the shows that appear to be stuck in limbo on the streaming platform. However, considering the fact that Lego is one of the most popular toy franchises in the world, and the series itself was a hit with the audiences, LEGO Elves Season 2 could release sometime in in 2020. We will keep you updated about the official release date.

Check out the trailer for ‘LEGO Elves: Secrets of Elvendale’ below.