Is Lena Chapin Dead or Alive? Was She Found? 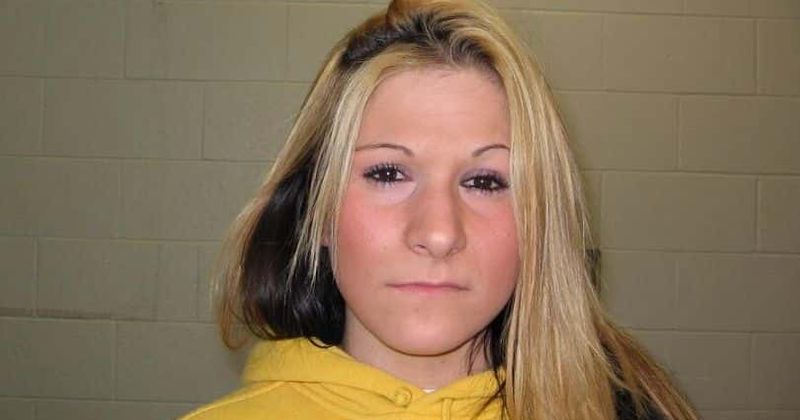 Since the 1980s ‘Unsolved Mysteries’ has investigated thousands of tales, covering true-crime, paranormal activities, kidnappings, and everything in between. It’s popularity, longevity, and reboots are a true testament to the level of interest individuals have in narratives that don’t exactly have a perfect or satisfying solution.

As a part of Netflix’s reboot of this series, the cold case of Liehnia May Chapin, aka Lana Chapin, was reviewed in an episode titled ‘Missing Witness,’ and to say that the whole situation seemed to involve foul play would be the understatement of the decade.

The 20-year-old, mother of one, Lena Chapin was finally happy in her life. She had grown out of her mother’s shadows, had a job, a life of her own, and a fiance whom she couldn’t wait to marry. But, all that changed soon enough under extremely mysterious circumstances. On the morning of Valentine’s Day 2006, Lena was last seen at her apartment outside Steelville in Dent County, Missouri, kissing her fiancé, Jason Bryant, goodbye as he left for the day.

When he returned, however, she was nowhere to be found. Instead, he was met with Lena’s mother, Sandra Klemp, who was cleaning out her stuff from their bedroom. All she said was that Lena had left him and moved to Florida with another man in a black 2000 Chevrolet Cavalier. Beyond that, both Sandra and her then-husband, Kristopher Klemp, gave up no information, not even to the authorities. The strangest part, though, was that Lena had left behind her son, Colter, whom she loved with all her heart.

This disappearance came at a time when both Sandra and Kristopher were under the microscope for the disappearance of her previous husband, Gary McCullough. In 1999, Lena’s stepfather and Sandra’s third husband, Gary, had disappeared from his Barry County ranch outside of Cassville. At that time, Sandra told the police that he had left the house on May 11 to go buy a fighting rooster from the nearby town of Diamond and never returned. She reported him missing two days after the fact, and that too because some deputies had shown up at the ranch for a cattle call.

Within a week of Gary’s disappearance, Sandy and Kris had moved in together. Apparently, Gary knew that his wife was having an affair and had planned to leave her soon, but alas, he never got the opportunity. In June 1999, authorities had charged Kristopher Klemp with conspiracy to commit murder after it was revealed that he had tried to hire someone to kill Gary. However, due to a lack of evidence, the charges were dropped a month later. Gary McCullough was officially declared dead on March 1, 2005, at the request of his surviving family members.

Lena’s involvement in Gary’s disappearance has a huge role in her’s as well. Three years before she had vanished, Lena confessed to her ex-stepfather and uncle, Albert, as well as to one of her sisters that Sandra had shot Gary two or three times in the head and then had made her help clean up the entire crime scene. Albert was recording the whole conversation, however, soon after that, Sandra and Lena both lawyered up and Lena recanted her confession.

Although Lena disappeared in 2006, an official missing person’s report wasn’t filed until almost three years later, and the Dent County Sheriff’s Office didn’t actually begin investigating her case until 2012, six years after she was last seen. Even though the investigations have been going on for eight years now, Lena is still nowhere to be found. If she is alive, she hasn’t contacted anybody and if she is dead, her body hasn’t been found.

It is reported that Lena had been involved in the wrong crowds once, before she had Colter, so officials also think that if she were alive, she would have ran into some sort of trouble with the law or at least would have tried to make her presence known to her son. Even with her connection to Gary’s disappearance and death along with all the unknown aspects being involved, her family is still hoping, that one day, they would be able to find Lena.

But, her sisters also state that if she is dead, they are sure that her mother had a role in it. (Featured Image Credit: Crawford County Sheriff’s Office)

Read More: Where Are Sandra and Kris Now?