Was Leo Voronski A Real Person? 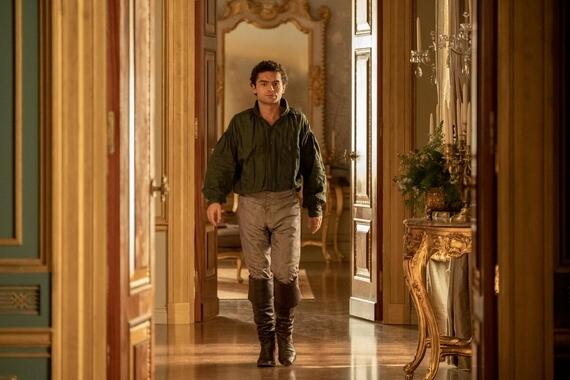 There are a lot of boxes that need to be checked while making a royal drama. There is to be a wannabe ruler who wants to change the world. There is to be a lot of plotting and manipulating. A couple of murders and execution along the way are mandatory, and so are the love affairs of the royals. ‘The Great’ checks all of these boxes and delivers an entertaining account of the coup designed by Catherine the Great.

While she is plotting to kill her husband, she, ironically, finds love in the man that her husband had gifted to her. A special bond is developed between the two, we have a feeling that their romance is doomed. Did it really happen with Catherine? Is Leo based on a real person? Here’s the answer.

Was Leo Voronski a Real Person?

No, Leo Voronski was not a real person, as far as the recorded history goes. However, Catherine did take a lot of lovers over her three-decades-long reign. Her string of affairs became so famous that she was tagged as a nymphomaniac by many, which further led to the spread of a lot of rumors about her.

When we first meet Catherine in ‘The Great’, she is a doe-eyed young girl who has a very romantic notion of sex and marriage. She believes that her husband will be the love of her life and that sex requires the bond of love between two people. Her beliefs are changed soon enough. It is her husband, Peter, who decides that she should have a lover if she is to be happy. He even decides to become friends with Leo, because that’s the understanding required between a man and his wife’s lover.

In real life, however, this was not the arrangement. Both Catherine and Peter had several affairs outside their unhappy marriage, but they were not so casual about them. Her first lover was not gifted to her by her husband. In fact, he was an officer in the court. Count Sergei Saltykov is considered the first affair of Catherine, soon after she arrived in Russia. He is also rumored to have fathered her first child, Paul, who succeeded her to the throne.

In the show, Marial advises Catherine to seduce the men that she wants to side with her in the coup. Catherine tries to seduce Orlov but fails miserably. Marian also encourages her to have brief sex with Velementov, the military general who is smitten by her beauty, but Catherine finds a way around it. In reality, a similar pattern in her lovers is noticed.

Alexie Orlov, who served in the Imperial Russian Army, was Catherine’s lover and played an essential role in overthrowing her husband. However, after her rise to power, his influence diminished, and he was soon forgotten. She took Alexander Vasilchikov as her next lover. He served in the Chevalier Guard Regiment, but the affair was short-lived.

Another name in the list is Stanisław Poniatowski. Born in Belarus, he quickly rose in ranks, and soon found himself in the company of the future-queen Catherine. The fact that she helped him become the king of Poland shows that he might have used her as the opportunity to rise further up the ladder. However, it is also known that Catherine would depart with her lovers with cordiality. She would shower them with extravagant gifts and move on to her next exploit.

Despite so many names attached to Catherine’s, there is only one she is said to have cherished more than anyone else. It was Grigory Potemkin. He was one of the people who helped Catherine in her coup. He was also an established military commander. They had a heated love affair, and when it ended, Catherine showered him with several titles. They remained lifelong friends, and the letters between them showed their fondness for each other.