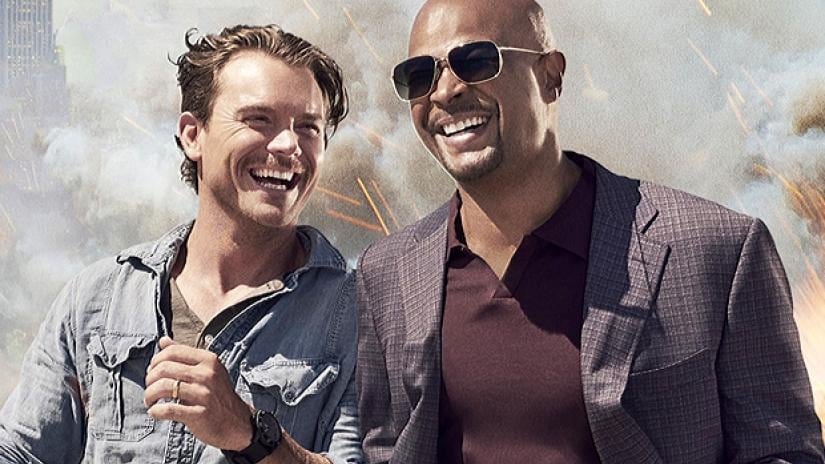 ‘Lethal Weapon’ is an American buddy cop action comedy–drama television series that airs on Fox. The show first premiered  on September 21, 2016. For those unaware, it is based on the popular film franchise of the same name that focused on two LAPD detectives, Martin Riggs, played by Mel Gibson, and Robert Murtaugh played by Danny Glover. The balance between the caution of Murtaugh and the recklessness of Riggs made their partnership and the films extremely memorable, and one of the most important additions from Hollywood to have come to pop culture. The entire film franchise and the show have been created by Shane Black. Good Session Productions and Lin Pictures are backing the project, which has Kelly Van Horn as its producer. Matt Miller, Dan Lin, Jennifer Gwartz, and McG are on board as executive producers.

The show has had a rocky history regarding its cast. Ultimately, the iconic Murtaugh-Riggs duo was replaced with Murtaugh and Wesely Cole. The show has received mixed reviews overall, and is on shaky ground, partly because it has the iconic films as its predecessors and has to live up to a higher set of expectations. The Hollywood Reporter minced no words when it spoke unflatteringly about the series, saying, “Lethal Weapon is ridiculous and predictable, a super familiar story with new leads reminding you of old leads, and modern personalities that are really dated personalities. It’s a copy of [a] copy of a copy [THR taking a cue from ‘Fight Club‘] and praying for something fresh out of that is, well, pretty ridiculous.”.

Lethal Weapon Cast: Who is in it?

The main cast of ‘Lethal Weapon’ has Damon Wayans playing the role of Roger Murtaugh, while Clayne Crawford appears as Martin Riggs a Navy-SEAL turned police officer from El Paso in Texas. While the two formed a good partnership initially, the woes soon began for ‘Lethal Weapon’. Deadline reported in April 2018, that Crawford had displayed unprofessional behavior on set. This was corroborated later by the actor himself, and he was fired from the show, altering the original course of ‘Lethal Weapon’ forever. Vulture has a detailed timeline of the Crawford fiasco for those interested. To cover up this snafu, the show decided to kill off Riggs and replaced him with another character Wesley Cole, played by Seann William Scott. For those unfamiliar with the franchise, Cole’s character is based on the story arc between Riggs and his love interest Lorna Cole, played by Rene Russo, in the movies.

This was in no way the end of the cast woes for the show. Although the Cole-Murtaugh buddy cop vibes were quite heavy, Wayans dropped a bombshell of his own, when he announced that he would be leaving the show, citing long filming hours and personal reasons. However, Charlie Collier, Fox Entertainment Chairman, has commented that Wayans could return and potentially continue working if adjustments were made to alleviate the burden that came with long filming hours, as Deadline reported.

Lethal Weapon Plot: What is it about?

The plot of ‘Lethal Weapon’ starts with the two main characters, Roger Murtaugh, who is an aged detective, has a wife and three children and plays partner to Martin Riggs, who is a younger, stubborn and unstable detective. His wife and their unborn child were murdered recently. The series is about how these two characters of opposite demeanors are able to gel and develop a friendship with each other. As Riggs comes with his devilish methods to handle the crime, Murtaugh always attracts more danger regularly. Although the two form their own brand of jovial partnership, Riggs is soon killed off in the show due to the actor’s unprofessional behavior.

We see Murtaugh enter a state of depression following his partner’s death before he befriends Cole, who has moved to LA to be closer to his son. Cole used to be a CIA operative and is what one would call, ‘well-traveled’. We see both Murtaugh and Cole trying to adjust to the new dynamic as they become partners. What stands out in a show like ‘Lethal Weapon’ is never its novelty or fresh take. It is always about nostalgia and giving viewers the same vibe of familiarity that the original movies did. It is fascinating to see viewers still choose familiar content, but perhaps this is the exact thing that Fox was counting on. With so much being offered by way of entertainment now, a lot of viewers feel almost intimidated, and choose to traverse safe grounds. This is where ‘Lethal Weapon’ makes its mark, by absolutely offering almost nothing new.

However, now that the original partnership between Murtaugh and Riggs, that the show and franchise hinge on, has gone for a toss, it remains to be seen whether the series can take a fresh direction with the new Murtaugh-Cole team. It would definitely be the right thing to do creatively, especially in light of the fact that the show might not continue at Fox. More on that below.

‘Lethal Weapon’ Season 3 premiered on September 25, 2018. The 15-episode season ended its run on February, 26. As far as the next season goes, we have bad news for the fans. On May 10, 2019, Fox announced the cancellation of the show. Season 3 had seen a significant drop in the ratings, which could have resulted in cancellation of the show. Though fans should not lose all their hope because popular shows are sometimes picked by other networks. If that happens, ‘Lethal Weapon’ Season 4 release is a real possibility. We will update this section as soon as we hear more.

While we wait for any positive news on ‘Lethal Weapon’ Season 4, check out the season 3 trailer to refresh your memories. If you haven’t seen the show yet head over to Fox to catch all the episodes of the previous seasons.