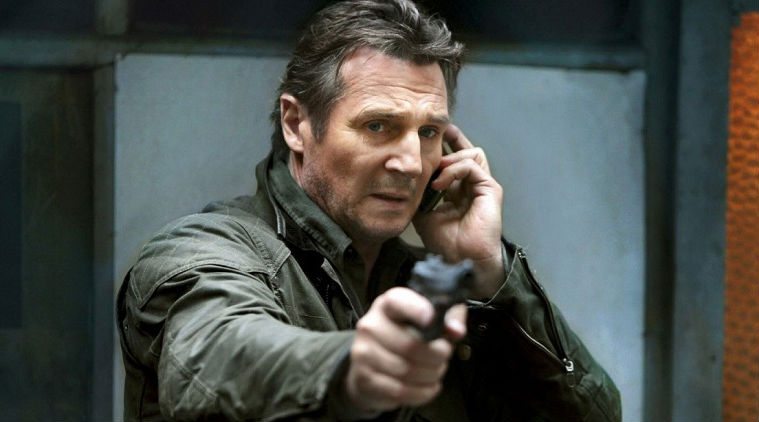 Northern Irish actor Liam Neeson made his debut in the mid-’70s, but his breakout role came in the Holocaust drama ‘Schindler’s List,’ directed by Steven Spielberg. The actor earned an Academy Award nomination for his performance in the titular character of Oskar Schindler. Neeson emerged as a prominent actor of his generation with hits like ‘Star Wars: Episode I,’ ‘Kinsey,’ and ‘Taken.’ Back-to-back action blockbusters stereotyped him during the late ’90s and early 2000s. But he shifted his gears with movies like ‘Nut Job,’ ‘The LEGO Movie,’ ‘A Million Ways to Die in the West,’ and ‘Silence.’ The actor has a long list of unforgettable performances that remain etched in people’s memories to this day.

Despite his achievements, Neeson remains to be one of the underrated actors of all time (Yes you read that right). At this point, you must be wondering wondering what is the next Liam Neeson movie or TV show? Well, here’s the list of upcoming Liam Neeson films and TV shows scheduled to release in 2019 and 2020. We can only hope that the latest Liam Neeson movies would be as good as some of his recent ones.

The upcoming ‘Men in Black’ spin-off ‘Men in Black: International‘ is loosely based on the Malibu and Marvel comics of the same name by Lowell Cunningham. Tessa Thompson and Chris Hemsworth play the lead roles of Agent M and Agent H respectively in the movie. Though the plot details are under tight wraps, various reports suggest that Liam Neeson plays the shadowy character of High T, who is the head of the U.K. branch of ‘Men in Black.’ Emma Thompson reprises her character Agent O from ‘Men in Black 3.’ Directed by F. Gary Gray, ‘Men in Black: International’ deals with one of the greatest challenges in the history of the agency — a mole planted in the nerve center of MIB. The other cast includes Kumail Nanjiani and Rebecca Ferguson. Art Marcum and Matt Holloway wrote the script for the movie. The film is lined up for a June 14, 2019 release.

‘Normal People’ is an upcoming Northern Irish drama starring Liam Neeson in the lead role. The plot follows a husband and wife — Tom (Neeson) and Joan (Lesley Manville) — who have been living happily together for many years. But their family life turns upside down when Joan is diagnosed with breast cancer. The unexpected blow of destiny makes them look back and introspect their relationship. The movie is reportedly based on the real-life experiences of Irish playwright Owen McCafferty who also wrote the script for the movie. ‘Normal People’ is directed by the Northern Irish filmmaking duo Lisa Barros D’Sa and Glenn Leyburn. The other cast includes Amit Shah and David Wilmot. The movie is expected to hit theaters in 2019.

Liam Neeson pairs up with Kate Walsh in the upcoming indie action flick ‘Honest Thief.’ The movie is directed by Mark Williams — who is known as the co-creator of the Netflix series ‘Ozark‘ — from a script by Steve Allrich. Neeson plays the role of a bank robber whose life in crime turns on its head when the man falls head over heels for a beautiful woman (Walsh). He meets her at the warehouse where he hides his loot. The robber decides to turn himself in as part of his plan to settle down with the woman. But his case is handed over to a rogue FBI agent who wreaks havoc in the life of the lovers. The robber has no option but to lock horns with the greedy cop to save his love life and future. ‘Honest Thief’ is scheduled for a March 5, 2020, release in the Netherlands. The movie is yet to get a release date in the U.S. 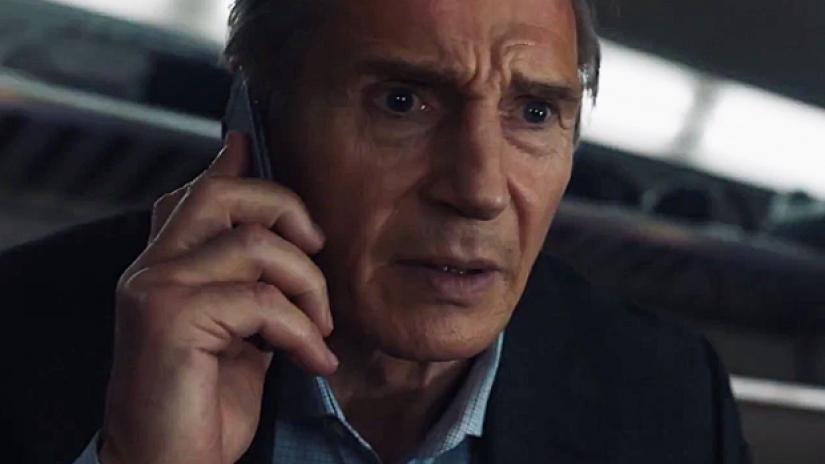 ‘Made in Italy’ is an upcoming comedy from Lionsgate, which stars Liam Neeson, Lindsay Duncan, Valeria Bilello, and Micheál Richardson in the lead roles. The movie marks the feature directorial debut of James D’Arcy. Set in the scenic backdrop of Tuscany, the plot centers on the reckless like of Robert (Neeson), an anarchic artist from London, who returns to Italy with a purpose. He wants to sell out the ancestral home he inherited from his late wife. But the grand villa is in a dilapidated condition. Moved by the pathetic state of the building, Robert sets about restoring it along with his estranged son and some locals. The patchwork not only renovates the rundown house but helps Robert to reconnect with his son and lost memories from the past. James D’Arcy wrote the script for ‘Made in Italy,’. The film is currently in production in London and Tuscany. 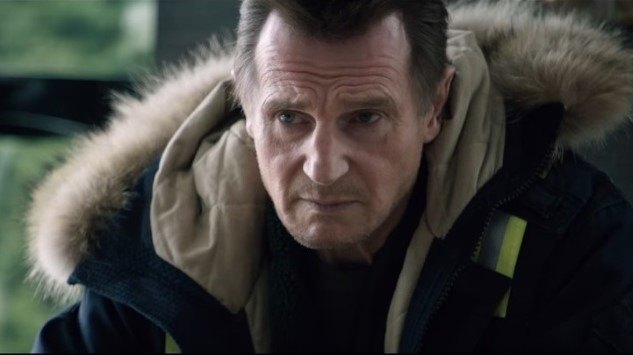 The indie action-thriller ‘The Minuteman’ stars Liam Neeson in the lead role. According to Variety, the plot follows a retired Vietnam war veteran who finds himself at loggerheads with a ruthless cartel while he took sides with a boy fleeing the bullets of the evil men. Directed by Robert Lorenz from a screenplay by Chris Charles and Danny Kravitz, the movie will begin filming on locations in New Mexico and Ohio in September. ‘The Minuteman’ is produced by Zero Gravity Management in association with Sculptor Media. James Masciello, Nicolas Chartier and Jonathan Deckter join the project as executive producers.

2. Charlie Johnson in the Flames (TBA) 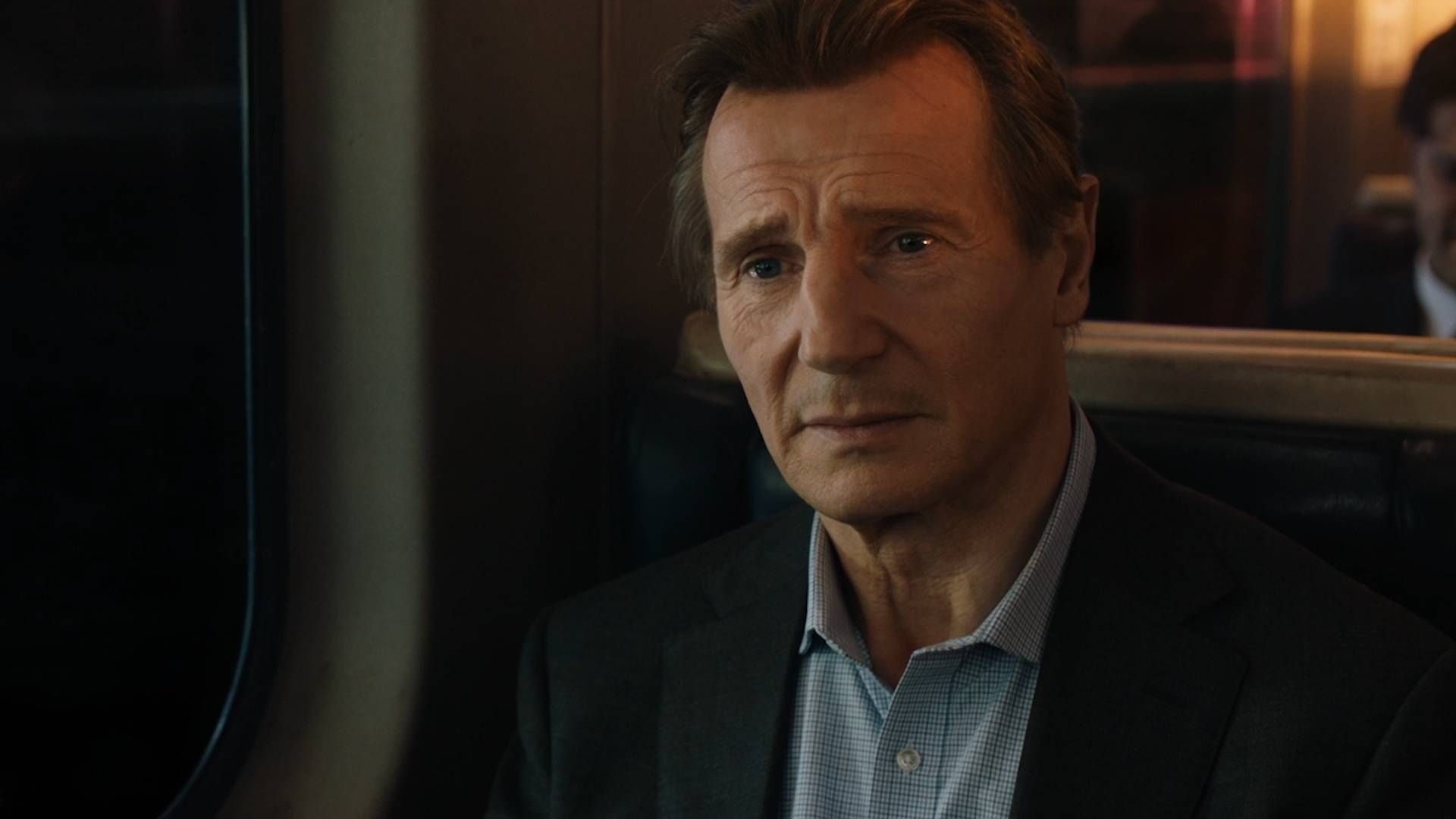 ‘Charlie Johnson in the Flames’ features Liam Neeson in the lead role. The movie is an adaptation of the novel by Michael Ignatieff. The plot follows Charlie Johnson (Neeson), an American war reporter who works for the BBC. In the midst of the bloody civil war in Congo, he chances upon the brutal murder of a woman. Though he manages to save his head, the horrific memory of the scene haunts him afterwards. His ordeal takes a turn for the worse when he embarks on a suicidal mission to find the young woman’s killer. Soon, he finds himself at the center of unimaginable violence in the hellish battlegrounds of Congo. The movie is directed by Tarik Saleh from a screenplay adapted by Justin Haythe. No release date has been attached to the movie yet. The film is currently under production. 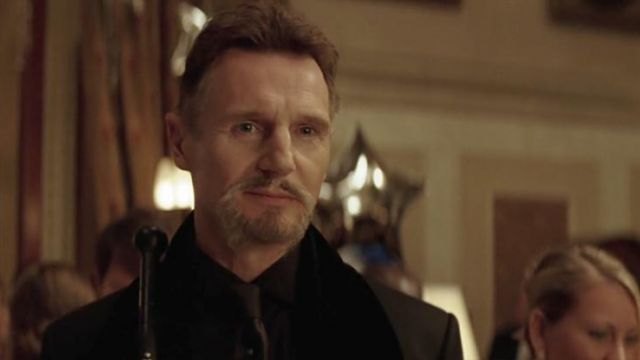 Liam Neeson is set to play the iconic character of Philip Marlowe created by Raymond Chandler in the upcoming movie ‘Marlowe.’ According to Variety, the movie is an adaptation of the book ‘The Black-Eyed Blonde’ by Benjamin Black. William Monahan — who is known for ‘The Departed‘ — wrote the script for the movie. Nickel City Pictures and Gary Levinsohn join the project as producers. Set in the backdrop of the early ’50s, the plot follows the legendary private detective Marlowe who is as restless and grumpy as ever. When a beautiful woman comes in search of him seeking help to find her missing lover, Marlowe throws himself into the cobweb of dark mysteries and conspiracies. As he digs deeper into the disappearance of the young man, he finds himself at odds with the interests of one of the most powerful families in the city. ‘Marlowe’ will soon start production.