Life Below Zero: Next Generation: Everything We Know 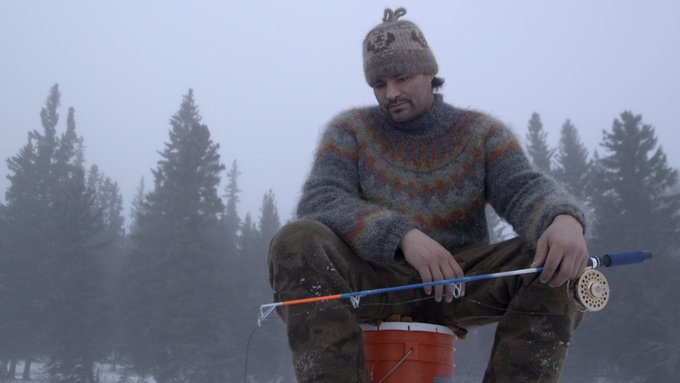 ‘Life Below Zero: Next Generation’, created as a spinoff to Nat Geo’s long-running ‘Life Below Zero’ introduces us to a fresh batch of people, who have decided to recently move to Alaska. While the cast of the original series has battled the wilderness for decades now, in ‘Next Generation’, we meet a group of new settlers, who have given a try at modern lifestyle but have ditched it in favor of rugged nature. They may be less experienced but their survival instincts know no bounds. Well, if you wish to know more about this extension from the Emmy-winning original series, we have you covered.

‘Life Below Zero: Next Generation’ season 1 premieres on September 7, 2020, at 9/8c, right after the release of ‘Life Below Zero’ season 14, only on the National Geographic channel. Following the debut, the show will move to a regular Tuesday slot, airing weekly episodes at 9 pm ET.

Life Below Zero: Next Generation Cast: Who is in it?

‘Life Below Zero: Next Generation’ throws the spotlight on a bunch of young survivalists who have moved from the city to live their lives off-the-grid. We have Michael Manzo, a Mi’kmaq Indian, attempting to follow the footsteps of his ancestors while trying to fend off natural resources. Next, we meet the couple, Chris and Jessi Morse, residing in Fairbanks. But they want to move 100 miles away to their remote cabin, which can be accessed only through helicopters. The cabin was built by Chris’ dad in 1974 and now, he wishes to spend his adult days in the same place he had grown up in.

Alex Javor was inspired to leave his contemporary lifestyle after watching ‘Life Below Zero’. His dream is to learn about subsistence techniques in remote Alaska without using any modern power tools. He and his Swedish Elkhound, Sipsey, live in Bear Creek. Finally, we have Brent Sass and Ida Mortensen staying in Eureka. Brent is a successful dog musher and has been a double-time winner as the Yukon Quest. The couple spends most of their time caring, training, and mushing their dog teams — named Wild and Free Mushing.

What is Life Below Zero: Next Generation About?

‘Next Generation’ follows the aforementioned young individuals who have all had a try at the contemporary lifestyle. But they have rejected it and opted for the freedom in the brutal wilderness of remote Alaska. The survivalists have grown tired of the modern generation, which is driven by technology. Now, this daring crew has landed in the rugged terrains of the north to transition from modern-day society while forging a hard yet exciting life in the wild frontier. This next generation of Alaskans is seen following their own rules, ditching societal norms, and learning to survive in harsh, sub-zero conditions.