Where is Lily From Crazy Delicious Now? 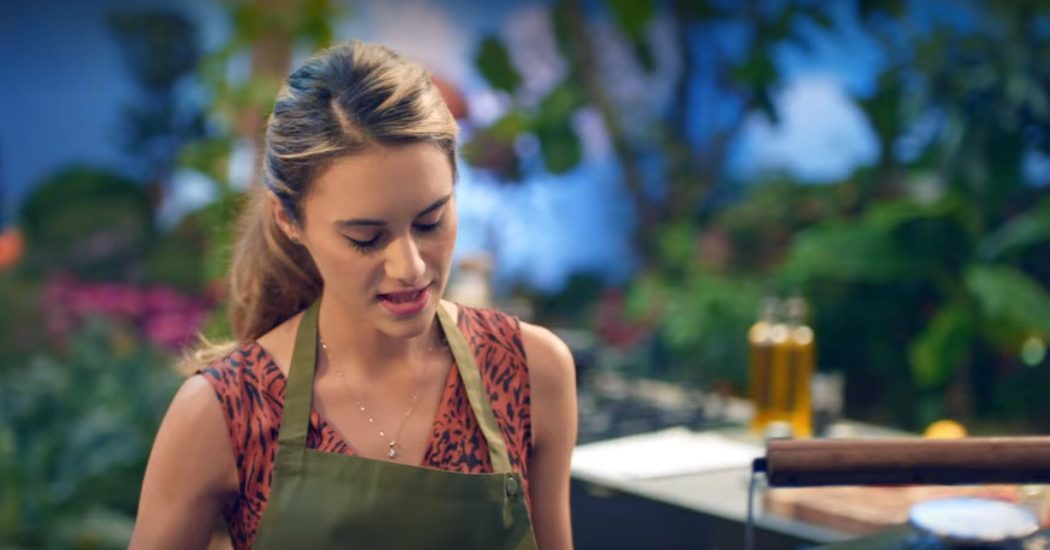 ‘Crazy Delicious’ seeks to explore dishes, which not only taste good but are also “visually spectacular, emotionally powerful and nostalgic” — as described by Channel 4’s press release. And this unique combo means that the food is incredibly tough to make. The enormous skills demanded in the contest translate to one single aspect — the cooks are experimental and fearless. Creativity and perfection do not always sit comfortably together and hence, the participants are extremely ambitious. Among the 18 contestants featured in season 1, one of the chefs was Lily. And here’s everything you need to know about her.

Lily was featured in the show’s first episode, alongside competitors Joseph and Bethie. In the first round, where the star ingredient was bananas, she created banana nachos. From here, she progressed to round 2, when the chefs were tasked with recreating the traditional pizza. Lily prepared the lavish pizza bundt cake, which was showered with praise by the judges. She made it to the finals and surprised everyone with her elaborate barbeque patisserie. But in spite of coming this far, she lost the golden apple to Joseph.

Where is Lily Now?

Lily is a student pursuing a degree in IT and math. The talented and young baker describes herself as a foodie with “a serious sweet tooth.” Lily Ghodrati is a recipe developer, food blogger, and content creator who regularly posts recipes on her blog, called, ‘LilyGbakes: Compelling Creations.’ She describes her blog as follows: “If you like new, beautiful, and interesting food recipes that don’t compromise on taste then you’ve come to the right place!”

Super excited to announce that I’m on the brand new @channel4 TV cooking show ‘Crazy Delicious’! 🤪😋 Tune in to Channel 4 tomorrow (Tuesday 11th of Feb) at 8pm to see me cooking up some creative challenging dishes for 3 world renowned celebrity chefs @thehestonblumenthalteam @niklasekstedt and @carlaphall alongside my fellow contestants @kitchenwithcumbers and @hungermama • It’s crazy how the first time I ever cooked was 2 years ago just to use up some apples from the garden! Who knew I’d be here now! • It was such a cool experience to take part in this extremely exciting TV show with its awesome magical set. Hope you all enjoy it! ✨❤️ • • • • • #CrazyDelicious #channel4 #netflix #optomen #tvshow #tv #c4 #cookingshow #cookingcompetition #tvseries #tvepisode #crazy #delicious #creative #food #foodie #cooking #baking #hestonblumenthal #niklasekstedt #carlahall #LilyGbakes

Lily’s Insta handle is packed with multiple posts of her drool-worthy baked specimens. Lily started cooking only a couple of years back when she wanted just to use up some apples from the garden! And even she is surprised that she has come so far in her passion.

We scrolled through her Instagram profile and we could not help but pause at each of her edible masterpieces. Be it Easter inspired cakes or frozen berry yogurt cups, her skills are unmatched. Here’s one of her baked delights that is simply our favorite. “Persian New Year celebration cake 🎉💚🤍❤️🍰💐- Pistachio & Rosewater semolina cake decorated with flaky Zaban pastries 😋 Very Persian 😉 •”

Currently, a resident of Britain, Lily is an avid traveler as well. You can see her personal Insta handle being packed with posts from her trips to Turkey, Azerbaijan, and Hollywood, among others.

Lily is presently in her twenties and her ever-smiling, sweet persona makes her attractive at first glance. We bet this talented young lady has a long way to go and many milestones to achieve in the near future!

Read More: Will There be a Crazy Delicious Season 2?