Dateline: Where is Linda Valencia Now? 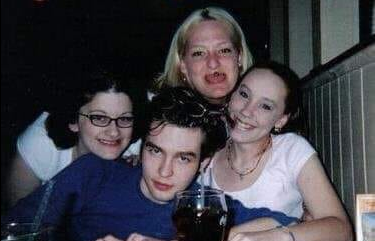 NBC’s ‘Dateline’ explores the shocking murder of a college student in Columbia, Missouri. Titled “Before Daylight,” we learn how Jesse Valencia’s body was found on a lawn near campus. He was face down, dressed only in boxers, and his neck had a deep cut. There were bruises across his breastbone and between the shoulder blades.

The investigation eventually uncovered forensic evidence that led the cops to arrest Steven Rios, a patrolman. Earlier, the Columbia police officer had been brought in for questioning because it was believed that he was having sex with Jesse. While Rios was sentenced to life in prison, and an additional 23 years, the fight has not been over for Jesse’s mother, Linda Valencia.

It was reported in 2015 that Linda returned to Missouri, trying to regain Jesse’s items that were held by the Columbia Police Department as evidence. Unfortunately, she lost most of his pictures in a house fire in 2013. After the department refused to turn over the belongings, she stated, “I lost 23 years of pictures, and they have pictures that they won’t give me.” Linda’s misfortune caught the attention of other news outlets, and you can check out a tweet of the only pictures of Jesse that remain with Linda.

These are the only pictures Linda Valencia has left of Jesse after her house burned to the ground. @KOMUnews pic.twitter.com/kB9lRoxeyY

While Linda’s quest to retrieve Jesse’s belongings continue, you might be curious about where she is currently. We have got you covered.

Where is Linda Valencia Now?

Born on October 19, 1959, Linda attended Boyle County High School in 1974 and left in 1977. Although she attended school in Danville, Kentucky, her hometown is Perryville. Linda went on to study being a pharmacy technician at the National College of Business and Tech at Lexington, Kentucky.

Currently, she appears to live in Danville as well. Linda is divorced, according to her Facebook profile. However, she has two daughters, Maria and Rachel. Linda has three grandchildren. Ariana Elizabeth Arnold is her granddaughter, while Christopher and Braidon are her grandsons. You can check out a picture that Linda has with her grandchildren, below.

Mercer fair and horse show with the kids. Lupe won 1st place with this baby. He's still a great trainer after all these years.

Linda is 60 years old now and goes by the nickname, Daisy. She also has Baugh listed as her other name. Despite having a life of her own now, and an extended family she loves, Linda has not forgotten her deceased son, Jesse. It is clear that the mother still loves the boy who was taken away in an untimely manner. On her profile, she says, “He chose to live his life to the fullest, and he loved God with all his Heart and soul. He died at the age of 23. He is with God now in Heaven. Waiting for me to come and be with him and God for all eternity. What a beautiful thought.” You can check out an image Linda posted in memory of Jesse.

I did the interview for the new documentary about Jesse today. It was a lot harder than I thought it would be. I…