Are Lisa and Usman From 90 Day Fiance Still Together? 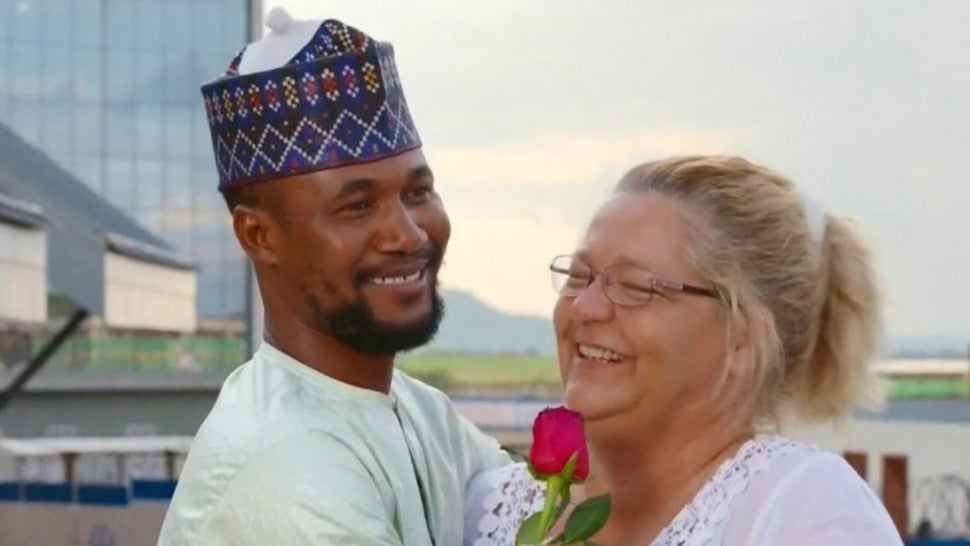 While the original ‘90 Day Fiance‘ series shows international couples under a strict deadline of three months in which they need to get married, the spin-off ‘90 Day Fiance: Before the 90 Days‘ documents the couples traveling to meet each other for the first time. The couples that appear on the show think they have found their true love, so before they take things further, the U.S. half of each pair travels far and wide to see how their online love compares in real life.

Lisa Hamme and Usman Umar are one of the couples whose story we follow in the latest season of ’90 Day Fiance: Before the 90 Days.’ Lisa, 51, from Pennsylvania, met her partner Usman, the 30-year-old Nigerian when he messaged her on Facebook. The two immediately video chatted to prove that they weren’t catfishing each other.

Lisa, a single mom, and Usman, a well-known rapper in Nigeria, had a relationship that lasted two years before they finally met. He had proposed to Lisa online, and the two had been able to maintain a long-distance engagement before meeting one another, but as soon as they met, problems started arising.

Before she had arrived to meet Usman, Lisa had clarified that she wanted him to spend all of his time with her during her three-week stay in Nigeria. Therefore, she obviously wasn’t delighted when he brought his roommates with him to the airport to pick her up, or when they all met again for breakfast the following day.

Lisa’s controlling nature and jealousy also caused problems and fights between the couple. She wasn’t happy about his social media presence and how his female fans often commented on his posts with admiration. She even wanted a model to be removed from one of his music videos.

The plus side was that when Lisa went to meet her future mother-in-law, things started out well. Lisa did everything she could to impress her and even wore traditional clothes and gifted her a goat to get her blessing to marry Usman. It was only when she started talking about going to America to settle down with him did Usman’s mother shook her head and walked out.

Even with speculations that Lisa was trying to destroy his career and Usman was just using her to get a green card to pursue his dream of becoming “the king of hip-hop and R&B in America,” the last episode ended with the couple working out their issues and still wanting to get married. So, where are they now?

According to reports, the couple did get married! Lisa and Usman apparently tied the knot in Nigeria on August 30, 2019, in a small wedding ceremony. It is also reported that the bride chose not to wear any make-up as per the groom’s request and even changed her name to his mothers after the wedding.

Lisa had posted photos of the ceremony on her Instagram, and although they have since been deleted, one showed the couple holding up their marriage certificate while another portrayed the two holding hands during the ceremony. On their social media accounts, Lisa often refers to Usman as “baby love,” while he calls her “baby girl.” They have uploaded a few pictures or videos of their time on the show on their respective pages, which does make it seem like they are still together.

No official announcements have been made about their marriage or relationship status, and it doesn’t look like it will be made for a while. The Tell All episode of the series, where couples give the final check-in about their relationship, is when we’ll be able to know for sure where they stand. And, due to contractual obligations, if their marriage has not been covered in the remaining episodes of the season, Lisa and Usman would have to hold out on information regarding their relationship status for quite some time.

Read More: Are Sean and Abby From 90 Day Fiance Still Together?