Little Life on the Prairie Season 2: Release Date and Cast 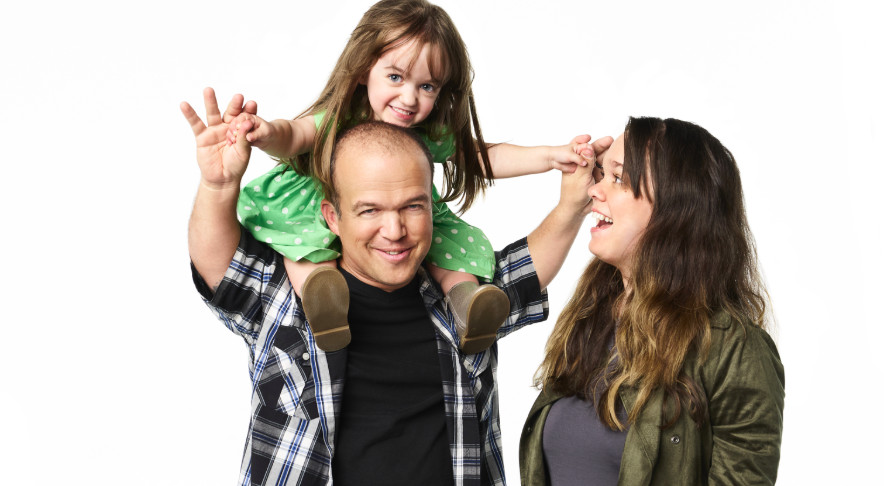 TLC, staying true to its mission of “celebrating families from all walks of life”, added yet another thought-provoking reality show to its catalog with ‘Little Life on the Prairie’. This time it is about the Webnars, a family of three, whose members were all born with achondroplasia dwarfism. The series follows their trials and tribulations as they abandon their hectic city life in California and embrace the simpler, rural lifestyle of Chino Valley, Arizona.

According to Howard Lee, President and General Manager of TLC, “TLC is proud to apportion this emotional journey. Little Life on the Prairie follows a period of major transition for the endearing Webnar family, including extreme highs, lows and relatable moments that our viewers love to connect with the most.”

Little Life on the Prairie Cast: Who’s in it?

The cast of ‘Little Life on the Prairie’ is led by husband and wife Nate Webnar and Lauren Webnar. The duo is accompanied by their four-year-old daughter Juniper Webnar. Nate was raised on a hobby farm and spend his childhood days in the countryside of Wisconsin, whereas Lauren is a stereotypical city girl having zero farm experience.

Little Life on the Prairie Plot: What is it about?

The 6-episode reality series introduces us to the Webnars, who are affected by a birth-related disorder called achondroplasia dwarfism. However, this hasn’t prevented them from chasing their dreams. The show chronicles their journey as they move from their bustling city life in California and settle on a farm in the quaint countryside of Arizona. Nate, in fact, wishes to bring back the charm of his own rural days in Wisconsin. As the episodes unravel, we witness the family’s effort to run the farm, adjust to the country life and expand their family, despite significant health issues and medical challenges.

Moreover, the decision to completely uproot their lives also has its risks. And especially when they are little people, the entire venture of running an animal farm is obviously challenging. Not to mention that the couple is also attempting to expand their brood through IVF. Their trials lead them to face two heartbreaking failed pregnancies. However, they do not lose hope and remain positive that through IVF and genetic testing they would finally be able to deliver a healthy baby.

Finally, after the third attempt, Lauren’s egg retrieval gives successful results. It yields sixteen eggs, nine among them being considered viable. Out of these, three embryos pass the genetic screening test — with one embryo belonging to a child with normal height. The Webnars decide that fate should determine which embryo would undergo implantation. By the end of the season, we are yet to discover the sex of their second baby and if he/she is also born with dwarfism.

Little Life on the Prairie Season 2 Release Date: When will it premiere?

‘Little Life on the Prairie’ season 1 premiered on TLC on Monday, August 20, 2018, at 10 PM ET/PT (USA). Its entire run comprises six episodes and it concluded on September 17, 2018. However, within such a small span, this sweet story did manage to garner a significant fan following. With high ratings on IMDB, viewers were hoping that the creators would bring it back for another innings.

So, what is the update? Well, since its last air date, the Webnars have welcomed a baby boy into their family, named Freddie Lawrence Webnar on December 12, 2018. Born a few weeks before the predicted delivery date, he also has the dwarfism gene and is a little man just like his mom, dad, and sister. This being said, we are pretty optimistic that an announcement for a renewal is coming soon. Now that the Webnars are a family of four, it would be interesting to follow the new family dynamics, responsibilities, and special moments.

If the show does get renewed, you can expect ‘Little Life on the Prairie’ season 2 to release sometime in 2021. But realistically speaking, it is likely that the show has been cancelled.

Little Life on the Prairie Trailer

The original trailer for season 1 of the show was released on August 03, 2018. It highlights some of the struggles the “little” couple faces during the six-episode series, including adjusting to their new life, away from the chaos of the city life and dealing with health risks and medical issues. Check out the trailer below in order to get an idea of what this series is all about. Additionally, if you have not watched it yet, you can head to TLC to catch up on all the previous episodes.