Will There be a Liza on Demand Season 3 on YouTube? 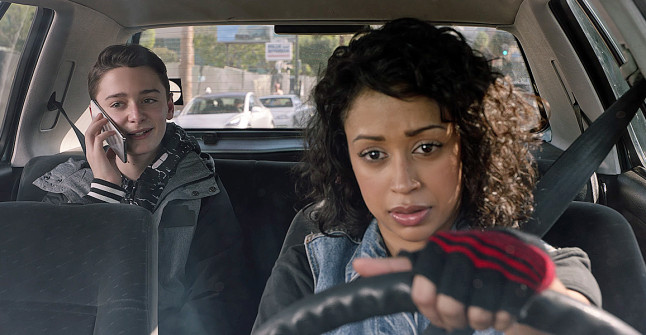 ‘Liza on Demand’ is a scripted comedy web television series that airs on YouTube Premium. Created by Deborah Kaplan, Harry Elfont, and Liza Koshy, the show first premiered in 2018. The series follows three crazy roommates, especially Liza, who is a “tasker” and engages in multiple odd jobs in and around Los Angeles through a phone application.

The show has had two successful seasons. But now the question is, will there be a ‘Liza on Demand’ season 3? We will delve into that question, but first let’s quickly look into the details of the series.

Liza on Demand Cast: Who is in it?

Liza Koshy stars as the titular character Liza, a “tasker”, attempting to secure her position among the elite class by engaging in various odd jobs via the app, Taskit. Koshy is a comedian, actress, and YouTube star, with over 17 million subscribers on her channel. She serves as the host for the Nickelodeon show, ‘Double Dare’, a revived hit game series. Her acting credits include performances in the horror-comedy film ‘Boo! A Madea Halloween’, ‘Escape the Night‘, ‘Freakish‘, and ‘Total Request Live’.

Travis Coles from ‘Dollhouse’, ‘Torchwood’, and ‘Fall Down Dead’ fame plays Oliver, Liza’s roommate and close friend, employed with a real estate company. Kimiko Glenn is Harlow, Liza’s second roommate and friend, who has a show dog, Bark-Paul Gosselaar. Popularly known for her performance on the Netflix original series ‘Orange Is the New Black‘, Glenn has also appeared on ‘Waitress’, ‘Voltron: Legendary Defender’, and ‘Spider-Man: Into the Spider-Verse’.

Joining the lead cast in guest appearances are several renowned names from the entertainment industry.Some of those names include Stranger Things’ Noah Schnapp, Josh Peck and Jim O’Heir.

Liza on Demand Plot: What is it About?

‘Liza on Demand’ narrates the often outrageous misadventures of Liza that always end in chaos and hilarious results. It is an account of the multiple mishaps that ensue “as the eponymous character takes on various gigs, tasks and odd jobs in her quest to climb the ranks and become an ‘elite tasker’.” Of course, her story may not apply to any regular viewer, but we can surely relate to her — as she takes up almost every imaginable side gig possible — ranging from TaskIt to Uber. All the while, she attempts to discover her actual purpose in life. She is regularly accompanied by her best friends and roommates Oliver and Harlow as the trio continues with their odd jobs while searching for Mr. Perfect.

With an end goal to top the gig economy, Liza manages to keep audiences on their toes with all her antics. ‘Liza on Demand’ features a young diverse cast and the show has been widely popular for taking satirical jabs on sensitive topics such as gender bias and romantic tropes.

Liza on Demand Season 3 Release Date: When will it premiere?

‘Liza on Demand’ season 2 premiered on YouTube Premium on September 25, 2019. All the episodes were released on the platform on the same day.

As far as the next season goes, we don’t have an official announcement yet. Though considering the fact that the show has proved to be extremely popular and it will be a real surprise if it doesn’t get another season. Our best guess is that if the show does get renewed, ‘Liza on Demand’ season 3 can release sometime in September, 2020. We will update this section as soon as we hear more.

Below is the official trailer for season 2 of ‘Liza on Demand’. If you have not watched the show yet, head to YouTube and catch all the episodes for free.