Who Was Lizzie Borden? Did She Kill Her Parents? How Did She Die? 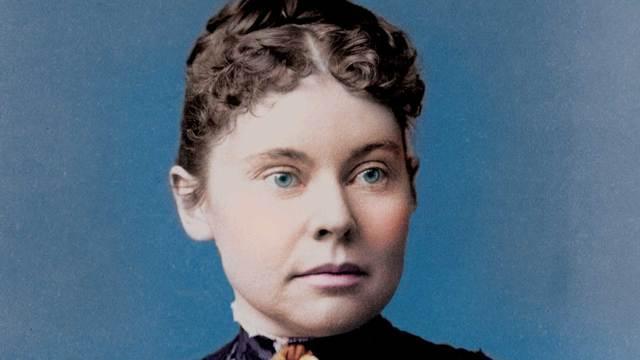 Among the various infamous true-crime cases that have shocked and terrified us over the years, there is one 19th century murder that baffles us to this day – the violent deaths of Andrew and Abby Borden. Their own daughter, Lizzie Borden, was the one who was accused of their brutal butchering. However, to this day, their case remains unsolved. Owing to that, it has somehow passed out from the class of crime and entered the realm of folklore. Although, now, Investigation Discovery’s ‘The Thanksgiving Axe Murderer’ does try to put everything into perspective by focusing on Lizzie and her life.

Who was Lizzie Borden?

Born on July 19, 1860, in Fall River, Massachusetts, Lizzie Andrew Borden was the daughter of Sarah Anthony and Andrew Jackson Borden. Her father was a wealthy man, but he was also known for his frugality and conservativeness – a man who much preferred his daughters go to church and remain prim and proper. Three years after Lizzie’s mother passed away in 1863, Andrew married a woman named Abby Durfee Gray, whom the young girl referred to as “Mrs. Borden,” believing that she was only after her father’s money.

Lizzie, because of her upbringing and family connections, was always thought to be a good woman. But it may have been that same cultural, religious, class, ethnic, and gender divisions background that led her to break. After all, when Abby and Andrew were murdered in their home, she was the only one who was accused. All her actions over the years, no matter what they were, began getting examined. It led not just her small textile mill town but also the whole nation to debate over Lizzie’s innocence or guilt in the matter. The summer of 1892 is not a period that any Fall River native can ever forget.

Did Lizzie Borden Kill Her Parents?

The answer to this question is more complicated than anyone ever expected it to be. Although there is no doubt in many people’s minds that Lizzie Borden committed the crimes, as she was charged with two counts of first-degree murder and subsequently tried, Lizzie was found not guilty in the court of law and acquitted. But let’s start at the beginning, because there are reports that make it evident that tension between the Borden family had been rising over time and that Andrew was not a popular man.

The reason for the former was that Lizzie and her sister did not like the fact that their father had been gifting real estate to various members of their stepmother’s family while they had to purchase properties from him. Also, for several days before the murders happened, the entirety of the Borden house had been violently ill, which Abby feared was from poisoning. There is also the fact that in May 1892, Andrew had killed multiple pigeons in his barn with a hatchet, pigeons for whom Lizzie had recently built a roost, which she was upset and angry over.

Subsequently, when there was an argument in the family in July, Lizzie, along with her sister, was sent to New Bedford for a “vacation.” Upon their return to Fall River, a week before the murders, Lizzie chose to stay in a local hotel/rooming house for a few days before returning to her father’s home. And many say that this coincided with when his household had fallen disturbingly ill.

The murders of Andrew Borden and his wife Abby took place in broad daylight, on the morning of August 4, 1892. Andrew had been attacked with a hatchet, rather than an ax, while he slept on the sofa, taking 10 or 11 blows that rendered his face unrecognizable, while Abby took 18 or 19, which mutilated her body in an upstairs bedroom. It was Lizzie who had discovered her father’s body and screamed to alert their maid, demanding that she get help from across the street.

Abby’s body was only found when a search of the home later transpired. There was no evidence of robbery or sexual assault, or anything that could point towards a concrete motive, so when Lizzie’s story shifted during interrogation, she became the prime suspect. Lizzie was indicted for her parents’ murders on December 2, 1892, and her widely publicized trial began the following year in June in New Bedford. However, because no physical evidence could conclusively tie her to the butcherings, she was acquitted on June 20. No one else has ever been charged with the crimes either.

How Did Lizzie Borden Die?

Following her acquittal, Lizzie and her sister moved into a large home in The Hill neighborhood (now called Highland District), where Lizzie began using the name, Lizbeth A. Borden. And as all of Andrew’s estate had passed on to his daughters, they were able to afford live-in maids, a housekeeper, and a coachman. Lizzie was ostracized by the Fall River society, but she lived there for the rest of her life, even after her sister suddenly moved out in 1905 and refused to see or talk to her ever again.

Lizzie Borden was ill for the last year of her life, following a gallbladder removal surgery, and she succumbed to pneumonia on June 1, 1927, at the age of 66. Her funeral details were not published anywhere, and it is said that only a few people attended. We should also mention that Lizzie’s sister passed away just days later, from chronic nephritis, in a nursing home in New Hampshire. At the time of Lizzie’s death, she was worth $250,000, which is now equivalent to nearly $5,000,000.