When Will Lizzie McGuire Reboot Release on Disney+? 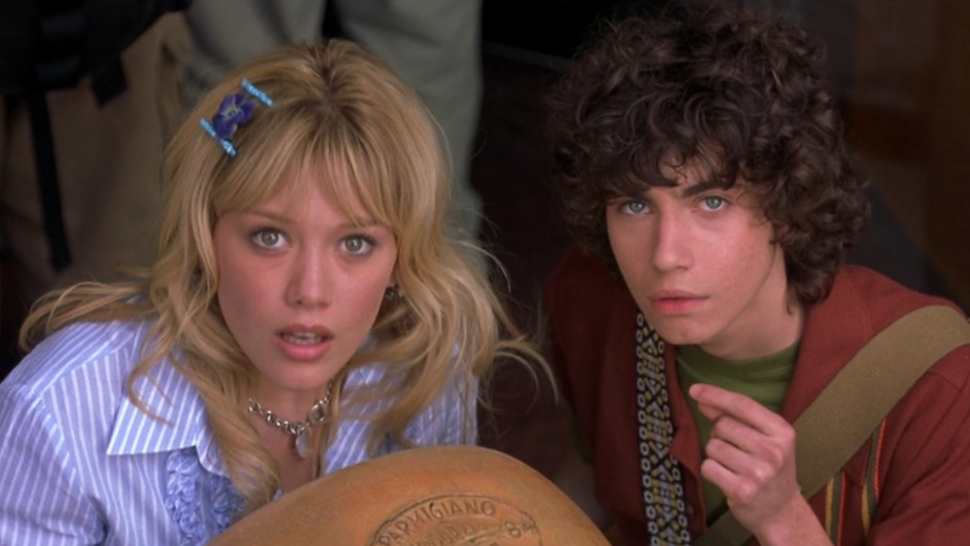 Growing up, some shows became an intrinsic part of our lives, and have stayed with us since we got to relate to the characters to a great degree. While a few of those shows were dark and twisted, questioning the psyche of humans, many were just content with excellently depicting the daily ups and downs we face and how to deal with them. ‘Lizzie McGuire’ is definitely one of the shows, and it is unsurprising that a Disney series would have such an impact on growing kids.

The original series ran from 2001 to 2004 and includes a movie which came out in 2003. Now that Disney has established itself as almost a monopolistic giant in the entertainment industry, it has the option to reboot a lot of their existing content to draw in more fans and to retell the tales to reflect how society is now. While auteurs might be sulking at Disney’s reboot and remake plans, not a single fan is complaining about the ‘Lizzie McGuire’ reboot. In fact, they cannot wait to see how their favorite 13-year-old is doing.

The show which is arriving on Disney+, Disney’s new streaming platform, has already begun to generate hype. Therefore, without further ado, we bring you everything we know about the ‘Lizzie McGuire’ reboot.

Lizzie McGuire Reboot Cast: Who Is In It?

For starters, Hilary Duff will be back playing the role of the titular Lizzie McGuire. She expressed her excitement at returning to play the character, who has grown up along with everyone who watched her. Duff also went on to say how we can expect the character to be older, wiser, and with a larger shoe budget, for starters. According to Duff, the project has been in the works for some time and the show has some exciting stuff lined up for fans. Notably, the ‘Younger‘ actress is also an executive producer on the new series.

Speaking of exciting stuff, Gordo, Lizzie’s best friend is also making a comeback. Adam Lamberg, who plays the character, is stepping in, to essay the role once again. Duff commented on Gordo’s character, saying that he was very important to Lizzie in the original show, increasing the authenticity of what was portrayed. It will be interesting to see how Gordo fits into Lizzie’s world at present.

Apart from that, the confirmed cast members include Hallie Todd, Robert Carradine, and Jake Thomas. They reprise the roles as Lizzie’s family members, that is, mother Jo, father Sam, and brother Matt McGuire. Duff has also hinted at her character’s middle school crush Ethan Craft coming back to the show. Thus, we might see Clayton Snyder coming back.

Lizzie McGuire Reboot Plot: What Is It About?

The story of the ‘Lizzie McGuire’ reboot will pick up 15 years from where the show left off. Thus, we will see Lizzie on the brink of 30, living the best millennial life possible in New York City. Perhaps her job as an apprentice to an interior designer allows her to maintain a bigger budget for shoes. While Lizzie might look like she is having the time of her life, like most of us, she is just trying to figure it out. Perhaps, the animated Lizzie will make a comeback as well, to give us an insight into her thoughts.

Duff has hinted that Lizzie’s story will not continue in New York for long, as she feels driven out of the town, and ultimately heads to Los Angeles. As you know, Gordo is coming back, but Lizzie will not be together with him in all likelihood. After all, we will see her with a restauranteur who owns a swanky SoHo lot, so Lizzie is not doing too shabbily for herself.

The true charm of the show will be how viewers once again relate to the problems that Lizzie is going through. However, this time, both Lizzie and the viewers are grown up, meaning that the problems will be of a different variety as well. Since the 30s are when we have to face some of the monumental moments in life, Duff feels that Lizzie should be there for women again. It is time for more fun and decisions with Lizzie, even though Duff keeps on teasing about the possibility of something blooming between her character and Gordo. The rest of the story about Lizzie’s journeys, choices, and inevitable mishaps will become clearer once the reboot releases.

Lizzie McGuire Reboot Release Date: When Will It Premiere?

The ‘Lizzie McGuire’ reboot was announced officially at the D23 expo, apart from Duff taking to Instagram to let her fans know the happy news. While Season 1 does not have a release date yet, the show has already started to film, since set pictures of Duff in New York City have begun to emerge. Meanwhile, cast members are being added or confirmed, proving that the project is well underway.

Disney is usually extremely proficient in wrapping up projects at remarkable speeds while ensuring that they live up to the high standards set by the company. With that in mind, it is likely that the ‘Lizzie McGuire’ reboot might release on the platform sometime in the latter half of 2020, perhaps in the holiday season itself, in order to draw more viewers. However, if the shooting for the Disney show takes place before the latest season of ‘Younger’, to which Duff is still committed, then the ‘Lizzie McGuire’ reboot could air as early as Spring 2020, provided that the production goes well.

Unfortunately, the ‘Lizzie McGuire’ reboot does not have a trailer yet, but we will update the section as soon as it drops.