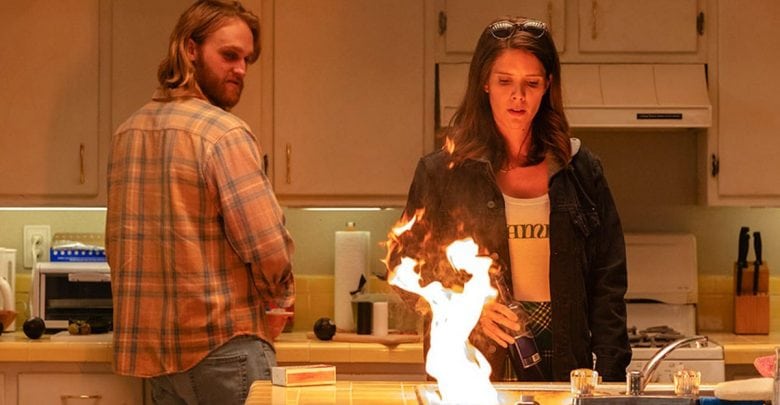 ‘Lodge 49’ is an American comedy tv series that airs on AMC and has been inspired by the novella ‘The Crying of Lot 49’ by Thomas Pynchon. Created by Jim Gavin, the story of the show revolves around an ex-surfer who joins a fraternal lodge (that offers cheap beer and strange philosophies) after the death of his father and the collapse of his family business.

AMC is already known for delivering hits such as ‘The Walking Dead‘ and ‘Better Call Saul’. Bringing in a fresh twist to the otherwise fan-favorite genres of serious story arcs and zombie apocalypse dramas, the show received generally favorable reviews from viewers and critics, with good ratings on both Rotten Tomatoes and Metacritic. AMC had struggled for a long time to find a show with the right mix of humor, drama, and weirdness. And ‘Lodge 49’ was just the apt addition to its catalog that successfully defines this genre.

After a successful first season, ‘Lodge 49’ was renewed for a second 2, which released in August 2019. The question now is, will there be a ‘Lodge 49’ season 3? Here’s everything we know.

Two weeks after season 2’s finale, AMC announced that it would not be renewing the series for another season. It released an official statement, which said: “We are so proud to have had Lodge 49 on our air. This wonderful show gave audiences fresh and unforgettable characters in a world that did not exist anywhere else on television.”

The news further added: “Thanks to the stellar cast including Wyatt Russell, Sonya Cassidy, and Brent Jennings and to our partners in this unique labor of love, Jim Gavin, Peter Ocko and Paul Giamatti for two remarkable seasons that initiated the world into The Ancient and Benevolent Order of the Lynx.”

However, the show’s crew did try to shop the series to other networks. But after six weeks of unsuccessful attempts, creator Jim Gavin finally announced on his Twitter handle that there would be no third season, even on other platforms. Here’s what he tweeted:

DEAR LYNX, it breaks my heart to announce that LODGE 49 won't be going forward. We tried very hard to find a new home, but there were no takers. Ratings, metrics, algorithms…que sera, brah. I will write a proper postscript soon, but for now a few thoughts. (thread)

So yes, it has been confirmed that ‘Lodge 49’ season 3 stands officially cancelled and will not be returning on any other network.

The AMC show stars Wyatt Russell as the protagonist Sean Dudley aka Dud, a true California dude. All Dud wanted to do in life was to surf in the mornings, help his father with his job of cleaning swimming pools for the rest of the day, and indulge in some chilling at night. He discovers Lodge 49 by luck and looks forward to leading a happy, carefree life.

Joining Dud is Brent Jennings as Ernie Fontaine, a plumbing salesman and long-term member of Lodge 49. Sonya Cassidy is Liz Dudley, Dud’s twin sister, who works as a waitress. Linda Emond plays Connie Clark, an old-school journalist and the wife of Scott. Clark is also a member of the lodge. Eric Allan Kramer enacts the character of Scott Wright, a Long Beach Port Harbor Patrol officer and a straight shooter. Wright is married to Connie. David Pasquesi stars as Blaise St. John, a bartender at Lodge 49 and runs his own pot dispensary. St. John believes in the philosophy of alchemy.

‘Lodge 49’ is a modern fable set in Long Beach, California, USA. The storyline is centered on Dud, an amiable ex-surfer who endeavors to maintain his positive perspective on life while still recovering from the death of his father, the collapse of the family business, and any outward appearance of the ideal middle-class life he leads. Dud finds himself placed by fate at the doorstep of Lodge 49, home to the Antediluvian and Benevolent Order of the Lynx, a dusty dying fraternal order. There he meets his counselor/mentor, Ernie Fontaine-Jennings, a “Luminous Knight” of the Order, a Navy vet who sells plumbing supplies by the day.

Despite suffering pushbacks from his much skeptical twin sister Liz constantly, Dud and Ernie can’t help but find themselves being deeply drawn by the lodge into some long-buried secrets and modern-day conspiracies. Through this strange and newly established connection with the lodge, the mysteries it holds and its people, Dud realizes that he has found out the missing sense of purpose in his life and is faced with his deepest fears and greatest hopes.

‘Lodge 49‘ can be described as a quirky comedy that couples dramatic plotlines with hints of mysticism and mystery. Its unusual characters and their individual story arcs add to the fable-like nature of the show.

Here’s is the official trailer for season 2 of ‘Lodge 49’. If you have not watched the show yet, head to AMC to catch up on all its previous episodes.

When Will Infinity Train Season 3 Release?