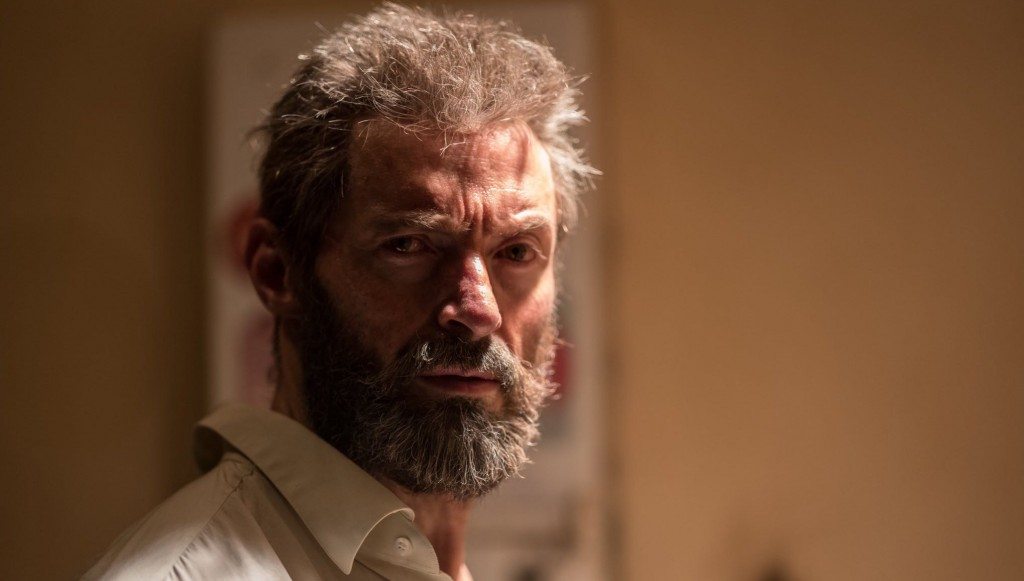 Even though ‘Logan’ doesn’t necessarily require explaining, I wanted to to talk about what ‘Logan’ is actually about — its theme and significance. ‘Logan’ marks Hugh Jackman’s final appearance as Wolverine. After 17 years, Jackman has appeared as the mutant in 10 films if you count cameos and his face showing up in Deadpool. Few superheros are identified with a single actor the way Wolverine is with Jackman. Today, Robert Downey Jr as Tony Stark is the only one that really comes to mind. The character will no doubt be recast sometime in the near future but there is something unsettling about that. Jackman has stated that he owes his entire career to this character and ‘Logan’ is not only a solid film, it is a worthy last ride for the actor, now approaching 50 and looking to hang up the claws. Patrick Stewart, a man who has played Charles Xavier ever since the first X-Men film (although James McAvoy also plays the younger version) also makes his final appearance in the films series with ‘Logan’. 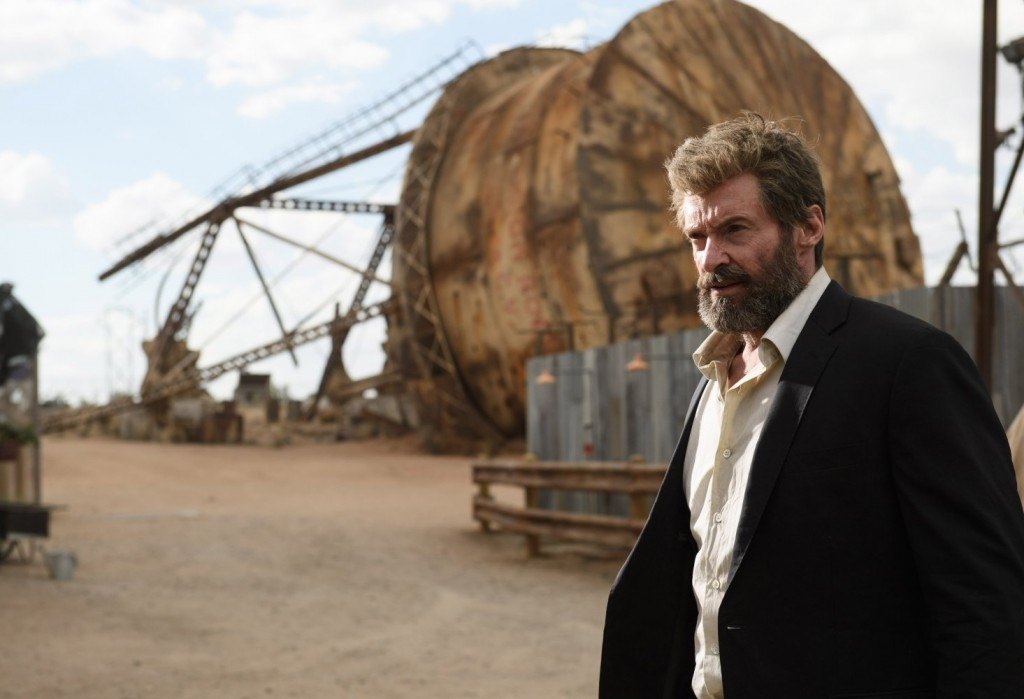 ‘Logan’ is very much a self-contained story. It takes off (presumably) from the timeline reset at the end of Days of Future Past. The year is 2029. Mutants are all but extinct. Logan holds down a job as a limo driver (using his real name, James Howlett). He has aged considerably. His healing factor has diminished significantly. He still heals but slowly and not completely. As shown in the first scene of the movie, he can also now get drunk, something not possible before because of his mutation. Logan drinks heavily throughout the film, drowning his guilt and despair. He is a man waiting to die, void of purpose. He lives across the Mexican border with mutants Caliban (played by a surprisingly adept Stephen Merchant, best known for british comedy) and Charles Xavier, now over 90 and dealing with senility. Logan scores illegal drugs to subdue Xavier’s powers as they have, combined with his brain degeneration, become extremely dangerous and unstable. It is suggested that Xavier himself may be responsible for the deaths of many of his own X-Men, albeit accidentally. 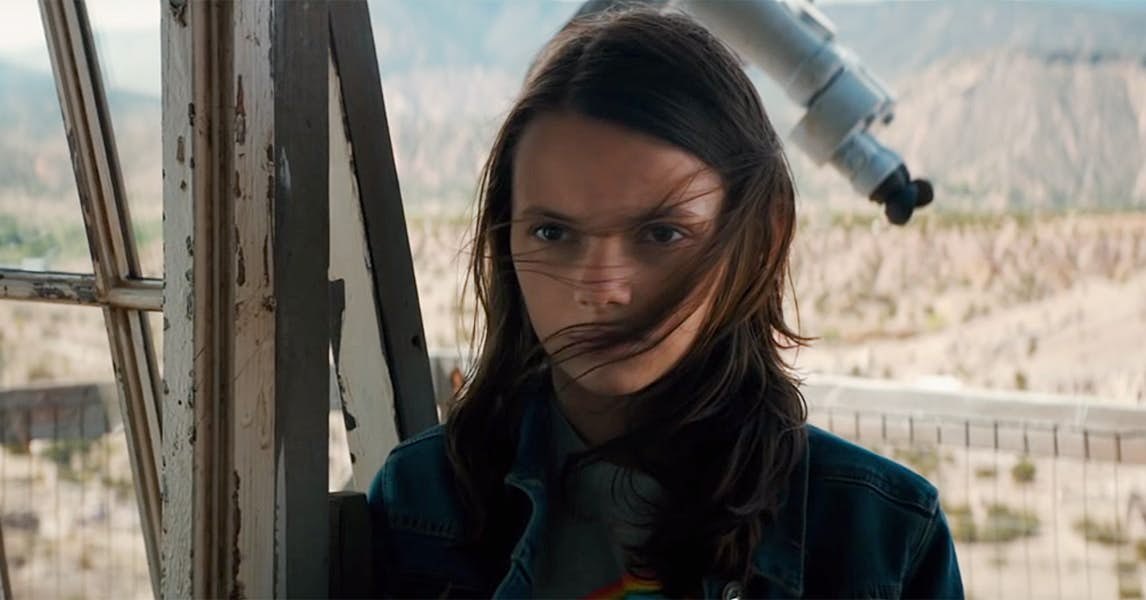 Logan encounters a woman named Gabriela, who asks him to escort her and an 11 year old girl to a place called “Eden.” Logan first declines but after lating finding Gabriela murdered, decides to take the girl, named “Laura.” Laura is being hunted down and, with Xavier and Logan, barely escapes being recaptured by Donald Pierce (charmingly portrayed by Boyd Holbrook) and his band of Reavers who feature cybernetically enhanced limbs. Laura demonstrates that she has not only the same healing factor and similar bone claws as Logan (his genetic mutations) but that her bones have also been grafted with adamantium, the same metal that was grafted onto James Howlett’s skeleton, effectively making him “Wolverine.”  It is revealed that Laura (designation X-23) is the result of a program where mutant children were bred to harness their abilities. Trasigen,the organization behind the mutant children and where Gabriela worked as a nurse, realize that the children cannot be controlled and decide to pool their abilities for a new super weapon. After X-24 is created, the children are to be euthanized but some manage to escape. Logan, Laura and Xavier set out for Eden. 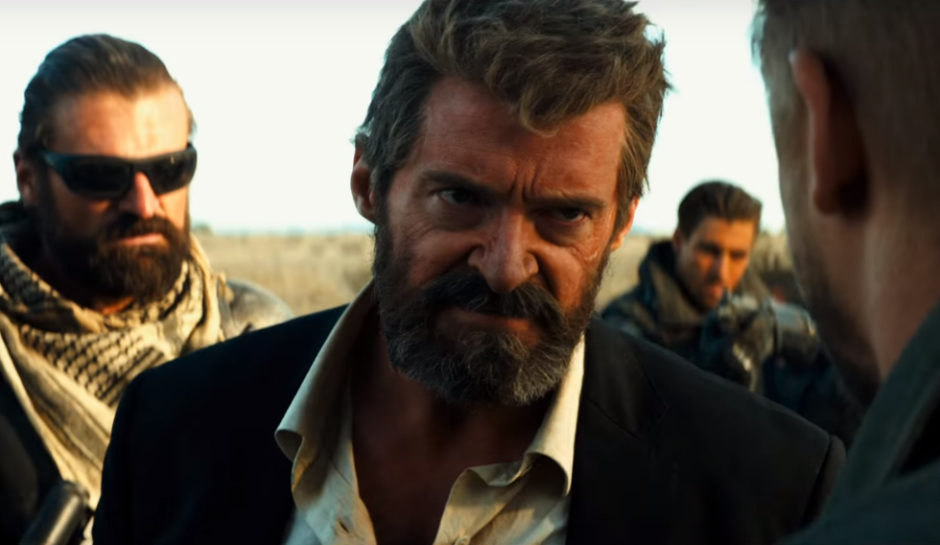 The central theme of family (which featured heavily in this year’s first superhero film, THE LEGO BATMAN MOVIE) is the emotional core of ‘Logan’. Laura is revealed to be created from the DNA of James Howlett, effectively making her his daughter. With Charles taking on a paternal role towards both Logan and Laura, the Daughter-Father-Grandfather dynamic is quickly established and lengthily examined. Logan views Xavier as a son would. Charles is the closest thing to a father Logan has ever had and the chemistry between Jackman and Stewart is lovely and thoughtful without being void of humor. For a film with a very earnest tone, Logan is not shy of laughs. Stewart gets to explore a very different take on both his previous appearances as Xavier and James McAvoy’s interpretation of the younger version. Patrick Stewart shines brilliantly in his moments of quiet wisdom as well as his over-the-top scenes dealing with his failing mind. He also seems to heavily enjoy getting to drop the F-word so much or maybe it just seems that way because I enjoyed it tremendously. Jackman is on point, having explored this character at great lengths already. We see a new Logan this time but not an unfamiliar one. He struggles with issues that have been addressed in prior films but mortality, purpose and guilt feature heavily here. 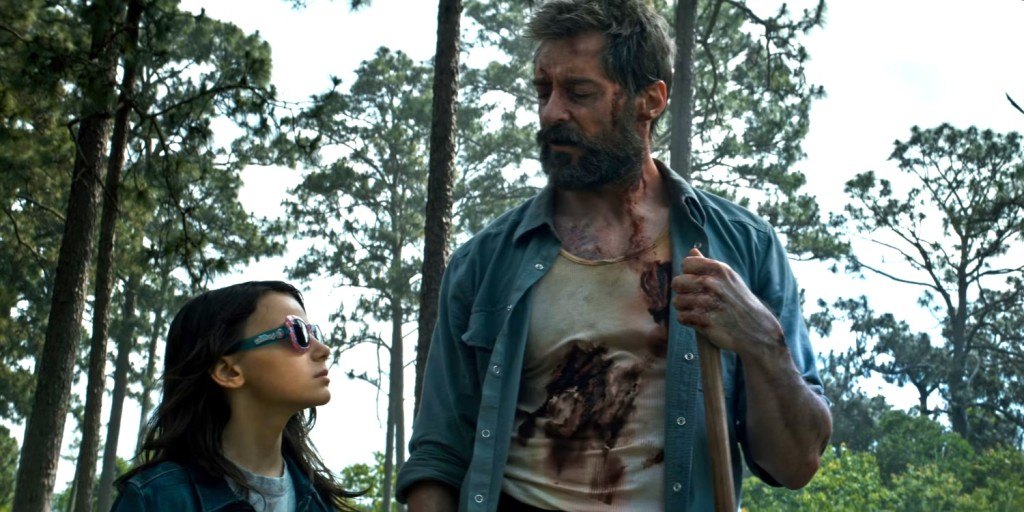 The film also feels oddly topical as xenophobia, mental health, immigration, the pharmaceutical industry and even climate change are addressed or alluded to.

Dafne Keen, who plays Laura, remains silent in the film up for a very long time, managing to do a significant amount with no words to speak. When she does finally break her silence, she shows maturity beyond her years and gives Jackman’s Logan a run for his money consistently, in terms of will, stubbornness and determination. She holds her own with Jackman and Stewart, something which deserves recognition. Hopefully we will see more of her soon.

Despite a great performance from a child actor, ‘Logan’ is not for young children. As Wolverine has stated throughout his rich history: 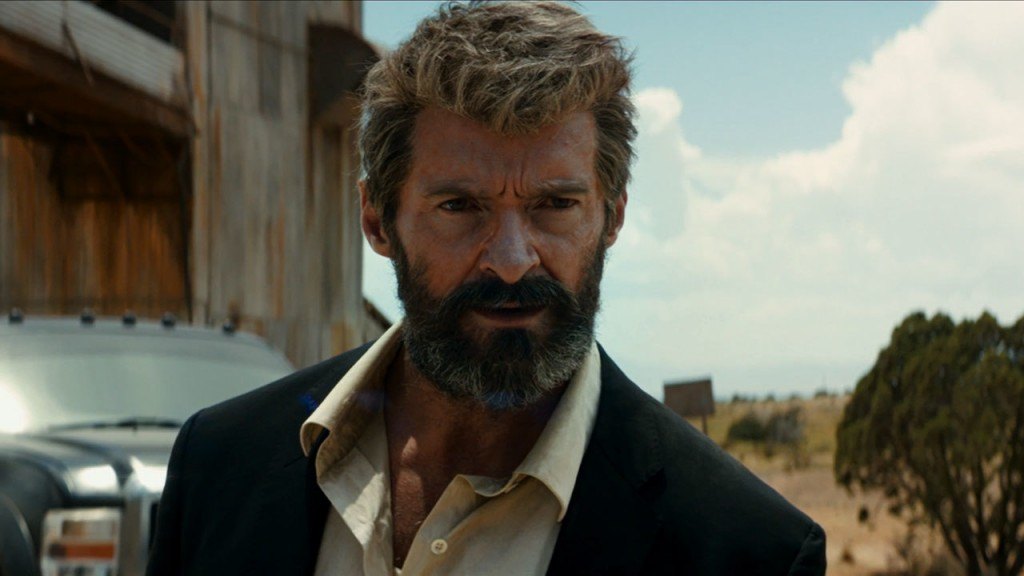 ‘Logan’ is the first X-Men film to get an R Rating (aside from ‘Deadpool’) and it earns it. The film is bloody enough to explore the hazardous life Logan lives honestly and contains plenty of profanity without celebrating it. It’s themes are also adult in nature. It is not the best of the X-Men series (Days of Future Past still holds that title) but it is head and shoulders, the best WOLVERINE film. It should easily satisfy returning fans and has much more to offer to non franchise viewers. Unlike many superhero films today, the plot is small. It’s not a mission to save the world. It’s a mission for Logan to save something other than himself that might bring him the purpose he has always sought. Someone unfamiliar with the X-Men films could easily enjoy it even if they needed a few bullet points explained before and after. Fans of westerns and revenge films should be readily entertained. Jackman and Stewart can both go out with their heads held high.

Will Avenue 5 Return to Earth in Six Months?