The True Story Behind The Longest War

Showtime’s ‘The Longest War’ comes with many expectations. This is because the documentary is a joint collaboration of Emmy and Peabody winning creators Alex Gansa and Howard Gordon of ‘Homeland’ with Greg Barker. ‘Homeland‘ is famous for its fictitious twist to the real-time relations between the US and the Middle East. The turbulent and violent plot that set itself as a ‘revealer’ to the power of the CIA, and its politics, set forth ripples that had everyone talking. In this light, ‘The Longest War’ that highlights the relationship between the US and Afghanistan is welcomed with much critical curiosity.

Is The Longest War Based on a True Story?

Yes, the ‘The Longest War’ is a documentary that features real narratives and accounts of those who have been involved in the long-standing war between the US and Afghanistan. The documentary combines the experiences, horrors, and thoughts of many who have served to the war’s end, which includes, top journalists, intelligence officers, soldiers, and their families. The presence of US forces in the Middle East is not new to us. More so, many of us are also likely aware of the invasion of the US into Afghanistan post 9/11. The invasion, which is also called ‘The US war in Afghanistan’ is one of the long-standing war of present times.

Where Does It All Begin?

The tensions that led to today’s rifts began at a point of time in history as a friendship between allies. Afghanistan saw the entry of Soviet Union troops in 1979 as a strategic means to intervene in the country’s order as it was witnessing internal conflicts between PDPA (People’s Democratic Party of Afghanistan) and the rural Islamic leaders. This is because while PDPA was set on liberating and modernizing Afghanistan, the Islamist leaders saw it as a violation of their long-standing beliefs. In any case, the enemies of the Soviet Union saw these internal politics as a tool that could be used to their advantage.

The Mujahideen that was heavily motivated by religion had more hold in the rural areas than the cities where secular and democratic forces were at play. The US funneled foreign aid to them through Pakistan’s inter-service intelligence. It is at this juncture that Afghan Arabs like Osama bin Laden got involved. However, the US interest and forces diminished as the Soviet Union backed away their military force from Afghanistan, which was followed by their downfall. The socialist regime in Afghanistan too fell shortly, providing the platform for their competitors to take over.

In the 1980s, Osama bin Laden founded Al-Qaeda to aid the Mujahideen in their battle against the Soviet Union. His growing relationship with Mullah Omar made him shift Al-Qaeda’s base operations to eastern Afghanistan. This became their site to train, indoctrinate people into the group, mobilize weapons and plan out the course of their future terrorist activities. The first of their activities against the US was seen in the US embassy bombings in 1998. Bin Laden’s involvement was traced and the US put pressure to make him surrender. The constant negotiations provided futile and the CIA teams were present in Afghanistan in the 1990s to locate and capture Osama bin Laden. Though stationed, they didn’t get a proceed order from Bill Clinton. Ahmad Shah Massoud had provided aid to go against the Taliban and cooperated with the US and European Union to bring the situation under control. He was killed as a result of suicide bombings supposedly orchestrated by the Taliban. He had warned of a grave attack that was on its way to happen on US soil.

9/11 Attacks and Its Aftermath

The 9/11 attacks resulted as a culmination of the bad blood between the Taliban and the US. Enraged and shook by the attack on the homeland, the US under President George W Bush launched airstrikes in Afghanistan. Though Osama bin Laden was identified as the mastermind behind the attacks, the Taliban refused to surrender him to the US officials to be taken to trial. The radical Islamists continued to protect him. This became the cause of the long war between the two.

The other reason for the US military presence in Afghanistan was to prevent terrorist organizations from using Afghanistan as its base for such terrorist activities. They had their grip on Kabul, which was dissipated after the strikes conducted by the US military. The many involved fled to Pakistan post the attacks. By 2004, the government of Afghanistan was run with the aid of the US. All was not still well since the Taliban continued to exert their force and influence through the fringes of the border.

Under Barack Obama, there was a troop surge that saw over 100,100 soldiers stationed in Afghanistan. The intelligence was always keeping tabs with the various discords and happenings of the country. In many ways, the years saw brutal deaths, attacks, illegal trades, and much more happening on the soil of Afghanistan. In 2014, in the aftermath of a bloody war, NATO’s international forces withdrew from Afghanistan. This led the Afghanistan government to fend for itself. In a report by BBC in 2018, over 70% of Afghanistan still continued to be controlled by the Taliban. The Taliban obtained their financial means by cultivating poppy and selling drugs. 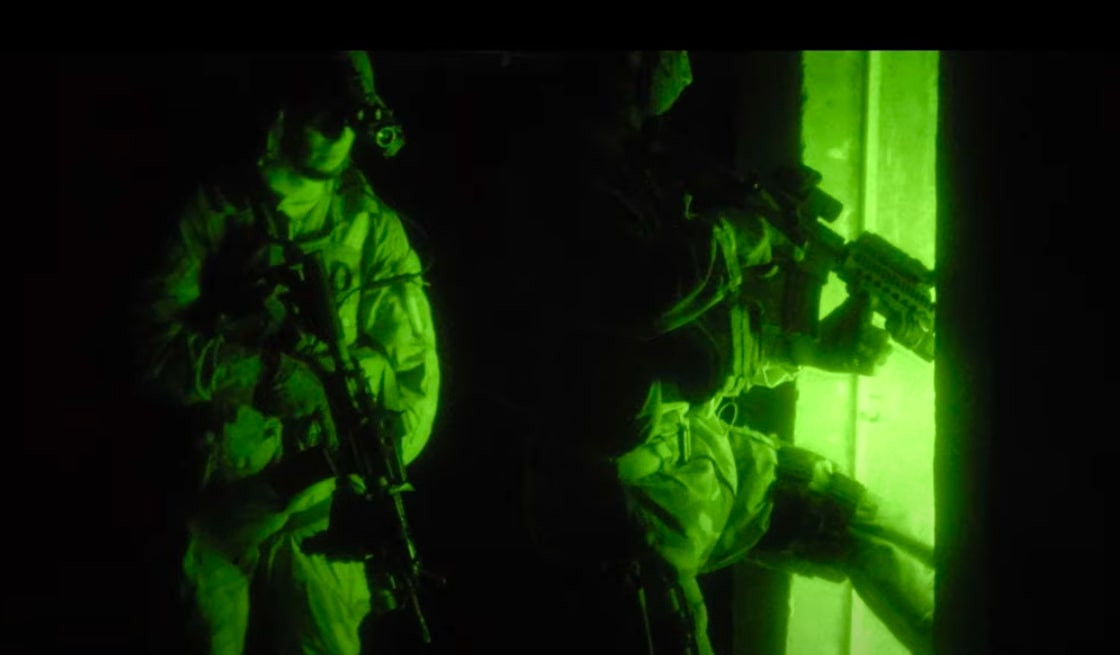 The bloodshed and massacre that saw the derailed war on Iraq, Saddam Hussein’s fall, and the killing of Osama bin Laden in 2011 were only the gist of the whole situation that was brewing in Afghanistan. The US and Taliban began talks of coming to a common consensus in 2018. A deal was only made in February 2020. This resulted in a talk in which the Taliban agreed to remove Al-Qaeda and ISIS (Islamic State in Iraq and Syria) to stop their operations in Afghanistan. The US, on their end, agreed to remove their troops over the course of 14 months. The deal was signed on 29 February 2020.

What Did It Cost?

The nearly two-decade-long war came at the cost of many lives, whether it be the troops in Afghanistan, US soldiers, other soldiers from different countries, or the members of the Taliban. The US invested heavily in monetary terms as well. The documentary, in many ways, highlights the struggles of those who were called to action. This ranges from officials who worked with intelligence, special co-ops to capture certain terrorist leaders, or maintain peace and order in Afghanistan. They have, over the years, witnessed the terror and struggles of not only themselves but also of the civilians in Afghanistan whose lives were literally cast aside in the impinging war.

The documentary is, to a certain degree, critical of many measures and actions takes by the US in this war. This is not surprising since there have been long-standing debates concerning the ethical practices of the US military and its intelligence officials. This is evident after the uproar that followed certain WikiLeaks videos and many articles written by eminent journalists. These were some red flags raised against the many activities going on in Afghanistan under the presence of the US military there.

In any case, removed from the wraps of fiction, the documentary aims to bring the real faces and people who dabbled with their lives under the national interest of their country. It ranges from being difficult to traumatic, but in the end, serving as life lessons to remember and impart forever. In addition, the added perspectives of those who were witnesses to the terror at hand.