Will There be a Looking for Alaska Season 2 on Hulu? 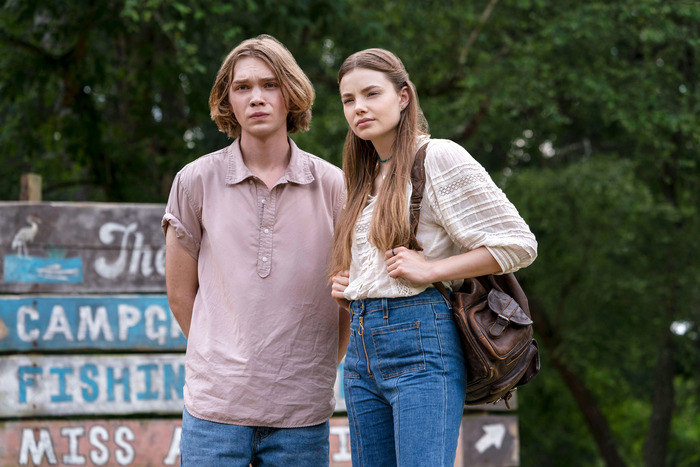 ‘Looking for Alaska’ is a teen drama tv series created by Josh Schwartz and Stephanie Savage. It is based on the eponymous 2005-released novel, written by John Green. The Hulu show, which takes inspiration from the book, is also inspired by Green’s own experiences in high school.

Like most other teen shows on tv right now, the first season of ‘Looking for Alaska’ was lapped up by the teen audience. Now, the question is, will there be a ‘Looking for Alaska’ season 2? Well, the chances for that happening are slim. But before we elaborate on that, let quickly look into what the show is all about.

Looking for Alaska Cast: Who is in it?

Looking for Alaska Plot: What is it about?

‘Looking For Alaska’, the novel, is based on novelist John Green’s younger days, when he was in high school. According to him, he had an innate knack for writing but he was a disappointment for his parents and teachers. In middle school, his experience, in his own words was “pretty bleak” and he had a hard time fitting in among his peers. By the time he was ready to attend high school, he moved to the Indian Springs School, a boarding school outside Alabama. This is where his life changed. He developed some memorable relationships with his teachers and this is what finally pushed him to start working on his novel. Most of the characters in the book are inspirations from Green’s real-life encounters during those times.

In the novel as well as the series, the central character, Miles, has an obsession with the last words of famed personalities. In the show, Miles is a teenager, who might be not so bright in academics but he has the rare capability to recall the last thing uttered by every deceased former president. Unable to cope up with his lifestyle in Orlando, Miles moves to Culver Creek Academy, which has a beautiful countryside-like campus, a strict dean, and the beautiful Alaska, who transforms his life. After he lands in Culver, Miles quickly becomes friends with a group of peers, including his roomie Chip and prank-lover Takumi. Joining them is enigmatic Alaska, who loves to smoke and hoard unread books. The story opens with a horrible scene showing a tragic incident. After that, the whole tale revolves around its aftermath.

‘Looking for Alaska’ is a nostalgic, sensitive series that manages to evoke memories with its list of melodic originals used as a backdrop to narrate a story that delves deep into the innocence and confusion of youth. Even the character arcs are beautifully executed. For instance, Colonel’s love-hate relationship with Sara turns out to be unexpectedly emotional. Lara’s complicated, romantic inkling toward Pudge seems actually realistic. Even Dr. Hyde, the wise member of the Culver faculty, is able to leave a strong impression.

Finally, Alaska, the forever unsolved riddle, is seamlessly portrayed by Kristine Froseth. And of course, it is the compelling chemistry between Pudge and Alaska that is the show’s primary attraction. Pudge instantly falls for the exotic, gorgeous girl and considers her as a mysterious sphinx, whose secrets and pain make her even more appealing. However, what is frustrating is Pudge’s inability to see beyond himself and think of Alaska as a real human being, having her own personality, thoughts, and point of view. The primary essence of the story begins with her informing Pudge of Simón Bolívar’s last words — “Damn it. How will I ever get out of this labyrinth!” And the rest of the series is about Pudge’s trysts in attempting to unlock the labyrinth inside Alaska’s mind.

Overall, ‘Looking for Alaska’ is a strong adaptation of its original source material. Boasting an exceptionally talented young cast, it is one of those teen dramas that wonderfully explores the fragile psychology of sensitive teenagers. A dreamy, poignant drama, this screen adaptation of the novel is spectacularly done.

Looking for Alaska 2 Release Date: When will it premiere?

‘Looking for Alaska’ season 1 premiered on Hulu on October 18, 2019. The total run for the first season consisted of eight episodes.

As far as the next season goes, we have bad news for the fans. The show was conceived by Hulu as a limited series, which basically means there are no plans to continue the show further. Even though there have been instances in the past — e.g. Big Little Lies and True Detective — where a show despite being conceived as a miniseries came back, in this particular case, chances of that happening is close to nil. The reason being the show is based on a novel and unless John Green decides to either write a sequel to the novel or to the show itself, we don’t see any way the show can get renewed. So, for all practical purposes ‘Looking for Alaska’ season 2 is not happening.

You can check out the official trailer for ‘Looking for Alaska’ season 1 below.