All Lord of the Rings and Hobbit Movies, Ranked 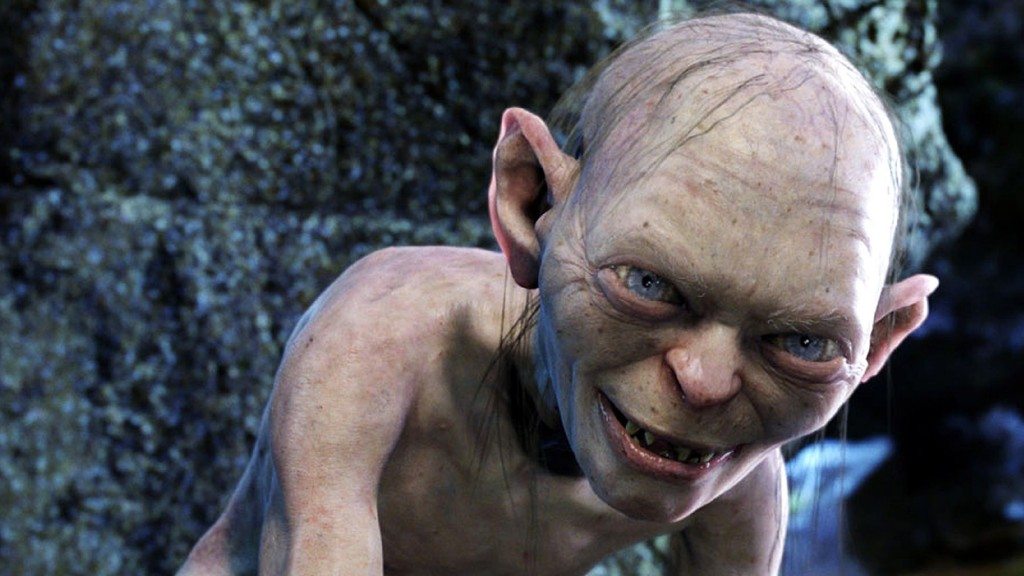 J. R. R Tolkien opened the doors to a vast fantasy world in 1937 with his novel ‘The Hobbit’. The universe was truly explored in the ‘Lord of the Rings’ book trilogy which was published in the span of one year from 1954 to 1955. Almost half a century later, the world which deserves a cinematic adaptation, received it through the Peter Jackson’s ‘Lord of the Rings’ trilogy movie series. The film series probably stands on the top of all movie trilogies, along with ‘The Godfather’ trilogy and the original ‘Star Wars’ trilogy.

A decade later, the much-anticipated expansion of the universe took place through the ‘The Hobbit’ trilogy. Through this article, I rank all the movies from Tolkien’s universe. Before we get started, let me make it clear that I’m sympathetic towards movies which are derived from books. It’s not possible for a movie to do complete justice to the book. The makers of such movies and TV shows are subjected to extreme pressure from the book fans. I will be stating this point multiple times throughout the article. And, I don’t rank the movies based on their commitment to the book. So let’s get started. Here is the list of all ‘Lord of the Rings’ and ‘Hobbit’ movies ranked in order from worst to best. 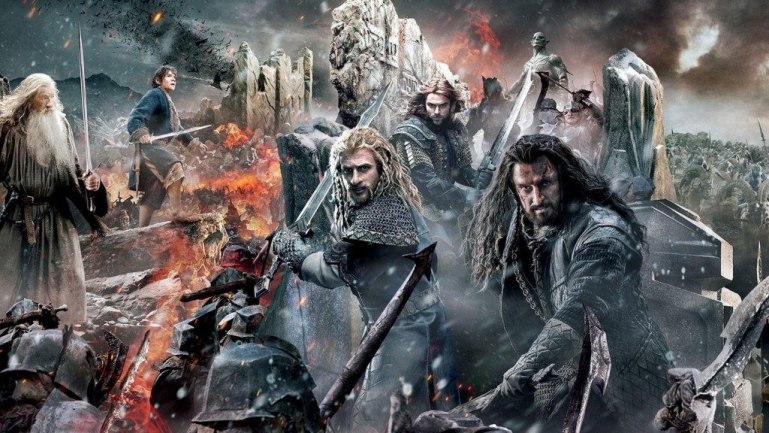 ‘The Battle of the Five Armies’ is the final chapter in ‘The Hobbit’ trilogy. Packed with action episodes, CGI creatures, and set pieces, this film picks up right where the previous one left off, so don’t go in expecting a bunch of exposition or recapping. This is the only “Middle-Earth” film that does not begin with a flashback, which I find quite interesting. However, the film capitalizes on this, because, despite being the worst Middle-Earth film overall, the opening scene is one of the best scenes in the whole series, including the ‘Lord of the Rings.’

After the first 15-20 minutes, the film starts spiraling down. ‘An Unexpected Journey’ is decent but during the ‘Desolation of Smaug’, I could notice a sharp decline in quality and things began to really drag out. ‘The Battle of Five Armies’ continues that trend. The CGI that is used in the battle scenes are not up to the mark, which I’m sure you noticed in the first two films. However, there is a battle scene that is absurdly long. There is no sense of danger whatsoever. It’s almost like they are fighting on the moon, weightless. Fans of the book may find it bloated and changed almost beyond recognition at times, but it is still a fun, action-packed spectacle. 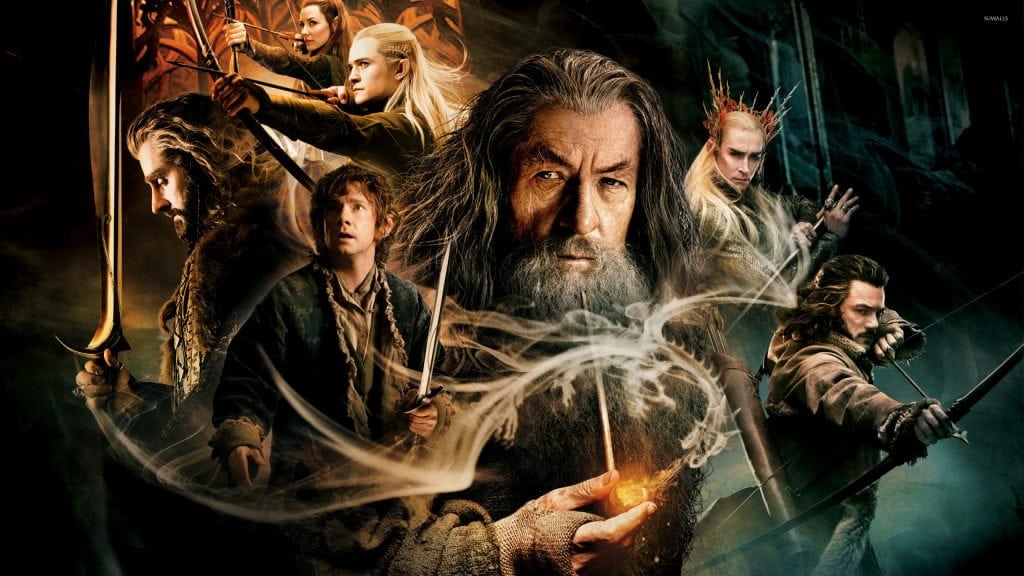 Unfortunately, ‘The Hobbit’ series did not know what it wanted to be. It jumps between being the fun adventure that the book is to be a dark brooding setup for the ‘Lord of the Rings’ trilogy. Far too many extraneous side stories find their way into this overly long and bloated children’s story. The film should have been cut down to one three-hour or, at the most, two-hour movies. Filling up some extra minutes with some “Middle-Earth” background information is decent, but a lot of extra junk that is unnecessary is thrown into this trilogy, especially into the ‘Desolation of Smaug.’

However, one of the strongest compartments is the amazing cast. It feels that they really found the perfect actor to play the character. Even though the movie does not follow the book strictly in my opinion this does not necessarily make it bad. Like I said before, many viewers seem to forget is that the medium of film and book is very different, and sometimes changes need to be made for it to work on the big screen. 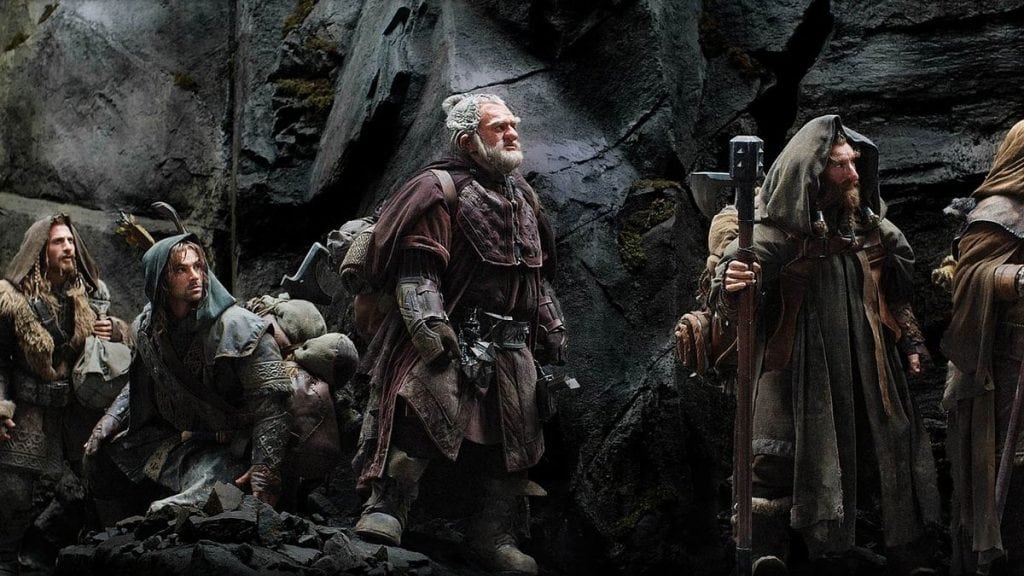 Peter Jackson returns with ‘An Unexpected Journey’, after brilliantly adapting ‘The Lord trilogy of the Rings’. He decides to adapt ‘The Hobbit’ and make ‘The Hobbit’ movie trilogy, but there’s a problem with it. He is already wrong in wanting to do three movies. And as I said before, the book has a material for a maximum of two films. That being said, I’ll have to admit that the trilogy isn’t too bad. It takes off well with ‘An Unexpected Journey’. The story starts with Gandalf and the dwarfs arriving at Bilbo’s house and Gandalf choosing Bilbo as the “burglar”, the thirteenth member of the company. The story then plunges into the adventures of the company. And you can feel the adventure going through.

Peter Jackson takes the helm and takes it firmly. He churns out a pretty good movie, one that he can be proud of, acknowledging the fact that he’s following up something which is legendary. Jackson is joined by Guillermo Del Toro and others in this venture and they do a fine job. Jackson manages to bring the actors together, creates a sense of brotherhood and ignites old rivalries we thought might have ended in the ‘Lord of the Rings’ film series, which is good to see. 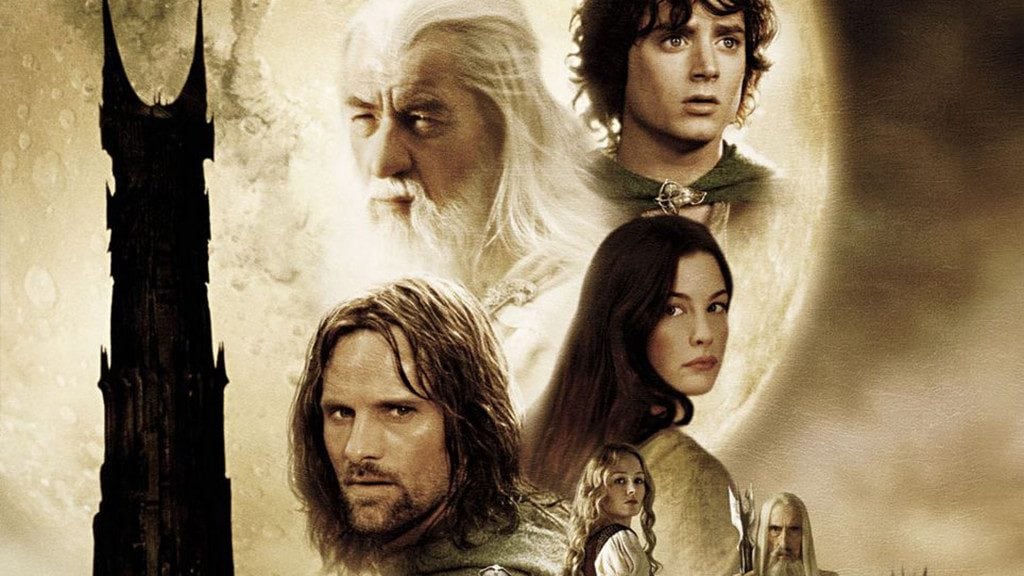 The film is great in every technical aspect, may it be the production design, the special effects or the battle sequences. But the offering was nothing new once you’ve digested the first part. The film certainly works as a link between the introduction to this magical universe and what will be the climactic confrontation towards the end. But that’s what it is, an in-between movie highlighted by the introduction of Gollum, which is the equivalent of Master Yoda in ‘The Empires Strikes Back’. You can tell some unusual hastiness in the storytelling, as pointed out by the Tolkien fans.

‘The Two Towers’ focuses more on the human characters and conventional war/history movies tropes, while the Hobbits are left in the background. Somehow, anyone would get the feeling that the third one will be better. So perhaps, the merit of the second ‘Lord of the Rings’ movie lies on the frail shoulders of Gollum, the first CGI character played by an actor, Andy Serkis. The combination of electronics and real acting, seven years before ‘Avatar’ is the one milestone, the film achieved. Not bad after all. 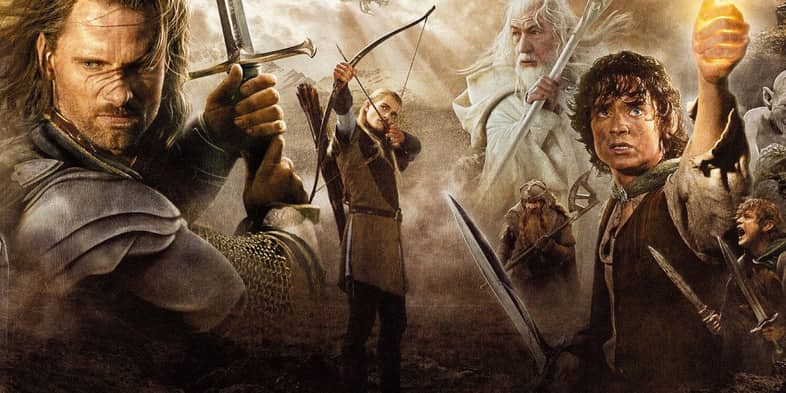 ‘The Lord of the Rings: The Fellowship of the Ring’ is an achievement. There is no doubt about that. The beautiful sweeping shots of the perfectly captured from the book landscapes to the brilliantly done hobbits and fantastic visual effects, it is impressive. However, it is not without its flaws. It is, at the end of the day, too long. Some scenes are just not necessary and I can’t see why they weren’t cut from the final edit. Other problems include Orlando Bloom, who always looks as if he’s about to start laughing throughout the film, and Gimley, who’s dialogues desperately try to inject humor but badly and in all the wrong places. Also, I’m struggling to see why Gimley is even there, as he always seems to be more of a hindrance than a help.

All that being said, these things do not bring this movie down enough to make it anything less than a masterpiece. Sir Ian McKellen is a good Gandalf, wise, knowing and suitably grey. The visual effects are stunning even today, and as I say the hobbits are extremely well done, as to how they look so much smaller than everyone else. Sean Bean is brilliant as the good, but weak minded Boromir and gives, in my opinion, the best performance in the whole trilogy. Overall, it is certainly an excellent film, even if it is not perfect. 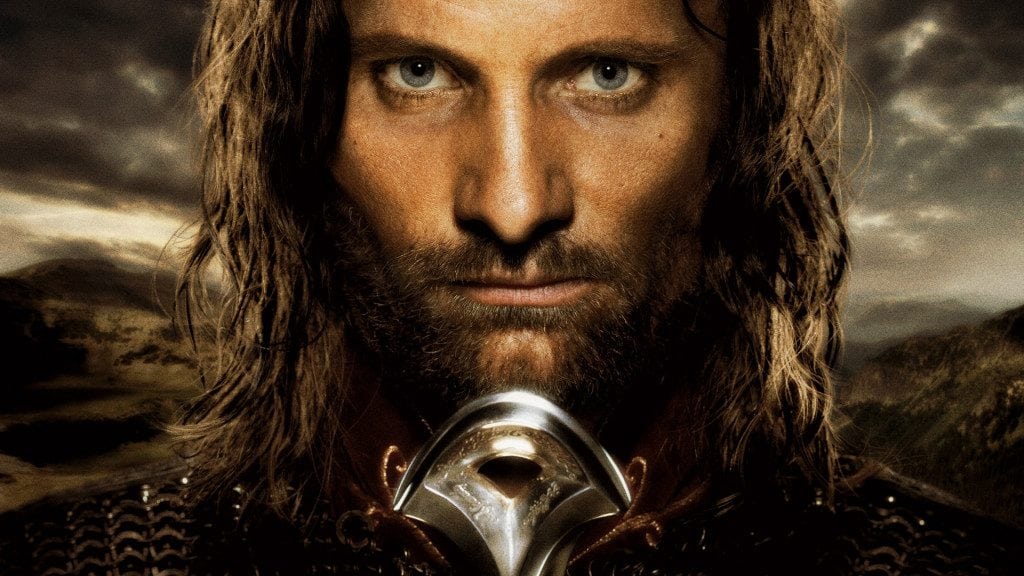 It’s not easy to give a proper ending to a movie trilogy. Legendary trilogies such as ‘The Godfather’ trilogy and ‘The Dark Knight’ trilogy also end up falling short. But according to me, no trilogy in the history of movies has an ending that’s better than the third part of the ‘Lord of the Rings’ movies. One critical observation that I have on the entire trilogy is that I think, somewhere along the way Peter Jackson missed something of the spirit of the book, the essence of it. He glorifies action and adventure, conflict and power, not the smallfolk’s small wisdom. I wouldn’t point this out unless I had to, and I’ve said before that it’s not possible to completely justify the books. I just feel that he missed out on a good material in

But this trilogy is as good as it gets in terms of remaining true to the books. There is a ton of CGI and it’s state of the art. Jackson has clearly upped the ante here and anyone who thinks that the first two films are big spectacles really needs to take a look at this film. Its visuals are arguably more striking than the previous outings and the special effects are perhaps bigger and better than the previous films. After the slow build-up of the initial hour, things explode in cinematic heaven. The battles are amazing, topped by the arrival of the ghost army, sheer brilliance. Shelob is a wonderful special effect and extremely frightening. There is so much to love in the trilogy, and thankfully the powerhouse ending doesn’t disappoint.