Who Are Janice Cox and Summer Shiflet?

The missing case of Lori Vallow’s children has had the general public and authorities concerned for quite some time now. However, the one person who seems to look complacent up to this day is Vallow, the mother of missing Tylee and Joshua. Vallow at present is facing charges of dissertation and child neglect but still seems tight-lipped about revealing the whereabouts of her children. The former beauty pageant and her new husband, Chad Daybell, has a track record of ‘mysteriously dead’ former spouses as well.

Vallow, who is now called a ‘cult mom’ because of being part of a doomsday cult, is under much scrutiny. As of recent, it has been learned that one of her former husbands, Joseph Ryan had sued her for violating custody agreement. This motion was filed in 2006, which stated that Lori did not let him visit his daughter, Tylee Ryan. This is believed to have been one additional reason for the conflict between him and Vallow’s brother Alex Cox, who died last year. Ryan, who passed away in 2018, will no longer be able to provide details of the case, but it definitely doesn’t posit Vallow in a favorable light.

The two people who seem to be heavily convinced of her innocence are her mother and sister, Janice Cox and Summer Shiflet, respectively. The two appeared on 48 Hours, trying to convey how Vallow could never do something like that because she was a dedicated mom to her children.

What Did Janice Cox and Summer Shiflet Have To Say?

“I have to see my family slaughtered on the news every day. I have heard things said about Lori that none of them are true. Lori would never harm her children. Ever.” said her sister Shiflet. Lori’s mother, Cox, too, affirmed the same. Shiflet also went ahead to say that Lori is not a heartless monster who could actually go about killing her children. 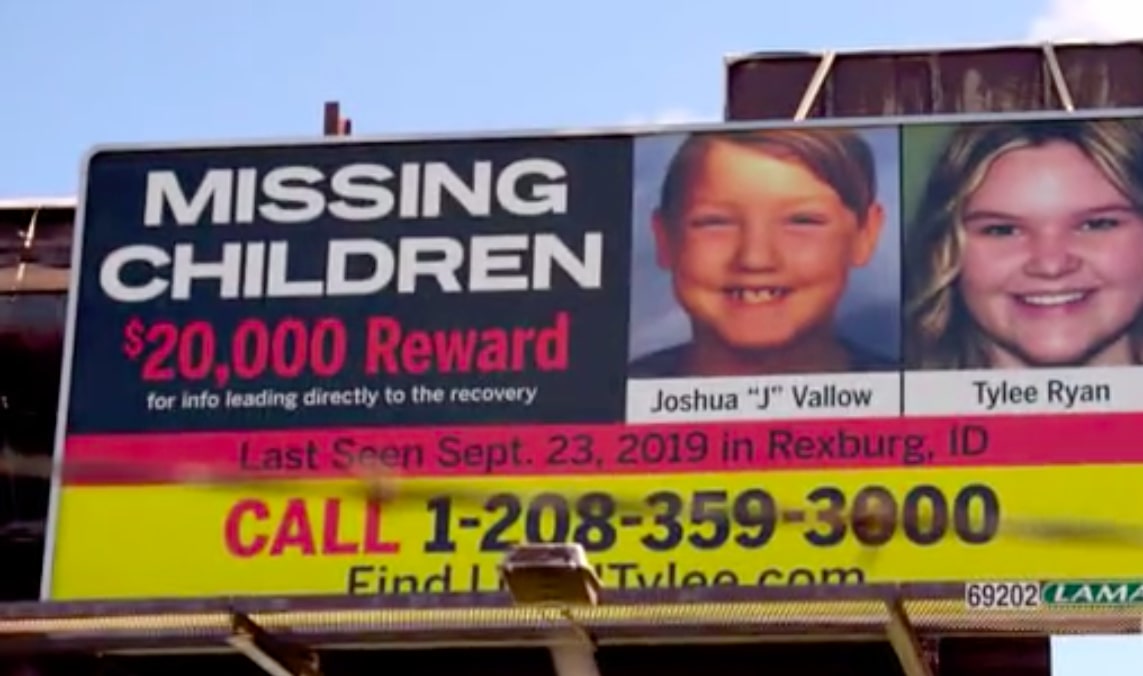 Even though Joshua was last seen in September 2019, Cox said she spoke to him on 1 October. She also added that nothing seemed out of the ordinary at that point. When asked if they believed the children are in a bunker somewhere, Cox said that it is possible. In any case, the two still don’t seem to have an answer on why Lori continues to keep silent about the matter. Though they stated that she is under watchful eyes in prison, even they hit a dead end when it came to understanding Vallow’s motivations.

The Idaho Police Department is running a strenuous investigation into the matter. In the meantime, the FBI seems to be focused on the last spot where one of the children was seen, the Yellowstone National Park.

Dee Ann Carter, a mother from Idaho, seems to have taken her fair share of responsibility with several others by being a member of a Facebook group called, ‘Christmas Misery: Tylee Ryan and Joshua Vallow Gone without a Trace.’ The private group has more than 15,600 members who seem to be on an active search of their own for the missing children. Carter said: “The hardest part is learning more facts that come to light and the possibility that the children are no longer alive.” The group aims to share authentic facts about the children and their whereabouts that may help in finding them.

There are all kinds of speculations, some of them even suggesting that they could have been killed in the national park. Aaron Teasdale, The Yellowstone National Park expert, shared in his bit too on 48 Hours by saying that there are various places one could hide a body there. He further added to the speculations of the hot pots, by saying that they are akin to battery acids. Hence, people’s imagination has begun bordering on the fact that Vallow could have, in fact, hurt her children, while there is no proof to either support or reject that claim. The case continues to move forward, shrouded in mystery.

Read More: Where Are Lori Vallow and Chad Daybell Today?