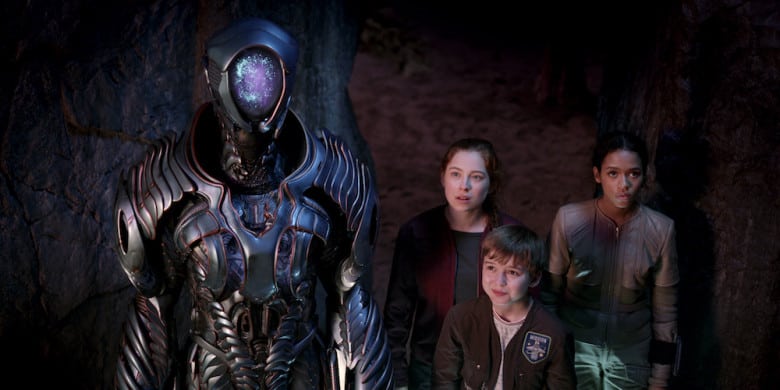 ‘Lost in Space’ is an American science fiction series that includes an element of adventure and a bit of family drama. It airs on Netflix and the show first premiered on April 13, 2018. For those unaware, the series is a reimagining of the 1965 series of the same name, which in turn is based on the 1812 novel ‘The Swiss Family Robinson’. The story is essentially centered around a family of space colonists, looking for a permanent habitat outside earth, when their spaceship veers off course.

The series is one of the most debated and talked about shows of 2018. Fans have been divided in their reception and the show has also seemed to polarize critics. Some dub it one of the best sci-fi series of recent times, while others have found the show a “complete waste of time”. Most critics, however, noted that the story had heart, and since it is set in space, it was sure to get a lot of attention. Nonetheless, some of the characters seemed to be too one dimensional for them to unanimously like the series.

Lost in Space Season 2 Release Date: When will it premiere?

‘Lost in Space’ Season 1 premiered on April 13, 2018. Netflix renewed the show for another season the following month, on May 14, 2018. This is not too surprising since the series could potentially shape up to be a huge success once it finds solid footing in terms of plot.

Lost in Space Cast: Who is in it?

The main cast of ‘Lost in Space’ includes Molly Parker who plays the role of mission commander Maureen Robinson, who is an aerospace engineer who is taking her family to colonize Alpha Centauri, an alien planet, in the hopes of leading a better life. Other cast members, of course, include her family like Toby Stephens playing the role of an ex-Navy SEAL and Molly’s husband, John Robinson, Maxwell Jenkins who plays the role of Will Robinson, the 11-year-old son, Taylor Russell who appears in the role of the 18-year-old daughter Judy Robinson, who also has accelerated medical training, allowing her to serve as the mission doctor.

Mina Sundwall appears in the role of Penny Robinson, the 15-year-old daughter, and a handy mechanic. Parker Posey plays the role of the villain June Harris, who is a criminal and a psychopath. Apart from this, there are several other characters, both recurring and guest, not to mention a robot that Will encounters. There are some appearances by the cast members of the original show as well, and they all serve to form a rich universe within which the narrative exists.

Lost in Space Plot: What is it about?

The main plot of ‘Lost in Space’ is mainly centered around the Robinson family, who crash land on an alien planet, and soon find that they must fight to survive while being beleaguered by hidden dangers that seem to exist all around them. The story is essentially set in the aftermath of incidents that makes life on earth rather difficult. Thus the space colonists, including the Robinson family, go aboard the Resolute spaceship looking for a new home.

However, an alien robot breaches this ship’s hull and they are forced to evacuate in a short-range spacecraft called Jupiter. This is when they land on the alien planet. They begin to try and make their way back to the Resolute, but it appears as though they have to fight their inner demons and external threats if they are to really start life afresh elsewhere.

What stands out about the show is how it has been made for the modern day. Instead of portraying the Robinsons as the perfect nuclear family, the series decides to bestow on them some of the problems of the 21st century. Thus we see a slightly dysfunctional family at the center, where parents have tiffs, and the children are plagued by anxiety and doubt oftentimes. Even here, there are places where the show could be better, and one of these include the marital problems of the parents.

While harping on this might seem detrimental to a series about space exploration, it would give the characters more richness, and the show does touch upon it, but very superficially, without really fleshing it out for viewers. Speaking of superficiality in the show, the villain is rather laughable, being extremely lacking in nuance. The out and out baddie does not seem like the sort to give anyone any nightmares and seems closer to the older ideas of absolute good and evil, which has long been done away with in mainstream art.

Overall, the show is not too impressive when it comes to substance, but does impress with its stunning visuals. It is evident that a lot of money has gone into the project, and if space fascinates you then you are in for a treat. However, content-wise, the show could do much better. We speak too soon perhaps, and maybe the upcoming season will see the series headed in a more substantial direction. For starters, we could see the challenges of starting a new life, we could be shown in flashbacks the details of the characters, so we can familiarize ourselves with them.

Perhaps we will also understand how alien robots figure into the entire deal. For now, the options for the future of the show are as vast as space itself, and it would be very easy to get lost there. Hopefully, the series finds the right direction and gives us a better season than the one it provided right at the start.

Check out season 2 trailer below.