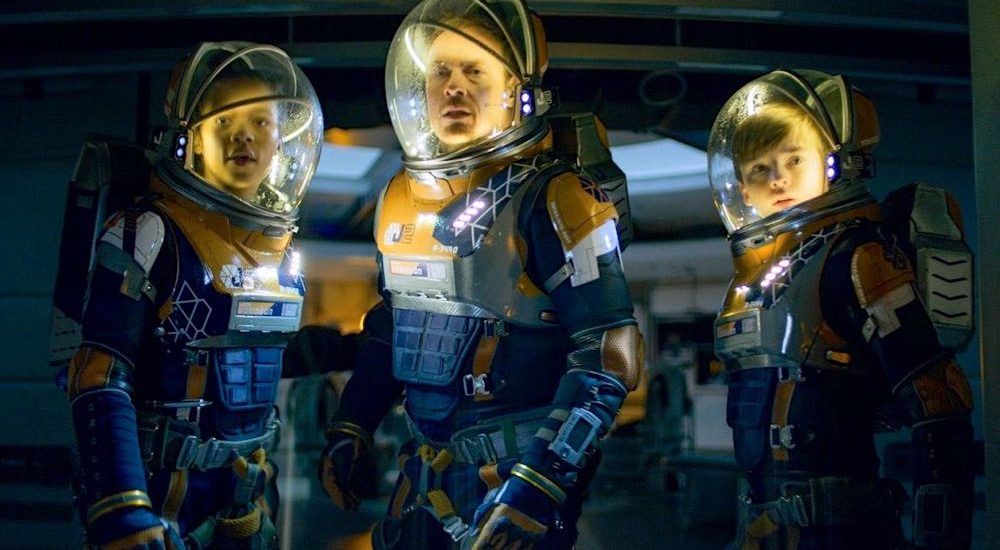 The second season of ‘Lost in Space‘ has been surprisingly better at every turn, and with its finale, it sets the stage for what could be an even better follow-up to the story of the family drifting through space. A proper family drama, the show is rife with action and adventure and is equally engaged in focusing on the dynamic in the family and how they are growing through their experiences. The tenth and final episode of this season is a delightful watch, and despite its cliches, it serves a wonderful experience. SPOILERS AHEAD.

After succeeding in finding a way to the Resolute, Maureen and John are forced into hiding because Hastings has declared their demise to the rest of the ship. Will has made his way to the metal ring on the Amber Planet with Scarecrow and Adler, but soon, it becomes clear that not all of them are leaving the planet safe and sound. Meanwhile, Hastings has captured Robot, but he is struggling to make him do his bidding. When John realises that Hastings means to leave the planet without Will, he puts his Navy training to use, receiving little help from Don, to attack Hastings. But whatever differences they had had simply disappear when they realise that hundreds of alien ships are on their way to the Resolute. Humans prepare for battle.

As the pressure mounts on the Robinsons to assure the survival of the people on board, difficult choices have to be made. The finale begins with one of the characters making such a choice, which foreshadows the events to come. By the end of it, everything has changed for not just the Robinson family but also for the people aboard the Resolute.

The future of the humankind, or at least of the part which is on the ship, rests entirely on the adults. It begins with Ben Adler’s decision to spend his last breaths with his friend, and then Smith’s sudden change of heart about family and friendship. By the end, Maureen and John, and all the other parents, have to decide what’s best for their children.

The sacrificial tone of the story gives enough room for the season finale to bank on the emotions that it has invested in throughout the season. Be it Judy and John’s relationship or Don’s attachment to the Robinsons (as well as Debbie) or Smith getting in touch with her conscience or the growing up of Will’s friendship with Robot, ‘Lost in Space‘ spent its time on building these arcs, so by the end, we wouldn’t be caught off guard by the behaviour of characters that would have seemed errant otherwise. There is definitely the deus ex machina nature of a number of scenes, but the audience is aware of it that this is not ‘Game of Thrones‘; characters are not going to die just because they can! Even if you know that things are going to turn out alright, if not great, for these people, you are attached to them enough to continue watching their story.

The finale of the second season sets another milestone for ‘Lost in Space’, opening up the door (or should I say, wormhole) to new possibilities. In the previous season finale, the Robinsons were lost, but they were together. Now, they are light years apart from each other, both sides handling a completely different set of problems. The hour-long episode is an exciting watch, with one hurdle after another placed in the way of the characters. It delivers some edge of the seat moments and ends on a high note. It leaves you with a number of questions, all of which are enough to make you tune in for the next season. If the show continues on this trajectory on its growth graph, then we can expect great things from the third season.