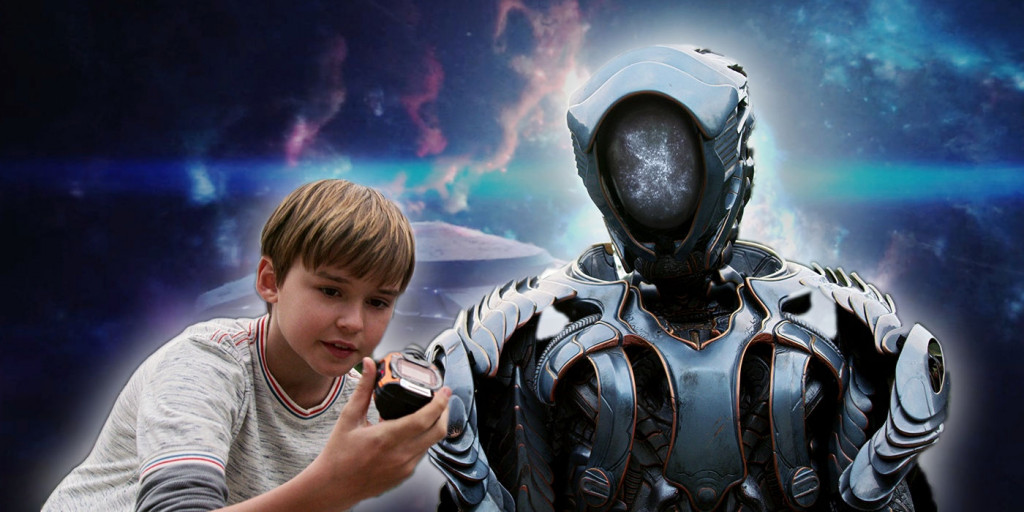 Every aspect of humans is tied to survival and selfishness. Everything we do, no matter how good and pure, has a hint of the self-serving nature. It is so rooted in our DNA that even as kids, we indulge in the things that serve our own purpose. As adults, we come to accept these flaws, which is why ‘Lost in Space‘ uses a kid to highlight them. SPOILERS AHEAD.

After realising that Hastings is ready to leave 500 people behind, Maureen and John plan a mutiny and take over the ship. For a while, things go swimmingly, but an unexpected secret from the past comes to bite back and creates new problems for them. Another problem surfaces when the Robot begins to act differently around Will.

Staying in flow with the character developments of the seventh episode, ‘Unknown’ marks the beginning of an uncertain chapter for ‘Lost in Space‘, the one where one of the main characters loses the crutches that had been holding them together for so long. For as long as we can remember, Will’s character has been defined by his association with the Robot. They met each other in the first episode of the first season, and because the kid saved its life, the Robot pledged undying loyalty to him. Through the entirety of the first season, we saw the Robot’s contribution limited to his servitude to Will, who loves him back equally. But this in this episode, we witness a drastic shift in their relationship which also brings us face to face with a wretched truth about humanity. And Will becomes the poster boy for that.

Will had called the Robot his friend, but when you look at their interactions more closely, you realise that he also expected a servant. Had it been a human, Will’s expectations would have been different. But all this time, he believes that their friendship works only one way. He thinks he sees the Robot as a being who can feel things, but he believes that these feelings are just limited to him. Will is not a bad person, he is just what any other human would be like if they had their own robot.

Adler saw the Robot as nothing more than a machine, and his thoughts did change after he saw him caring and grieving. But even then, he didn’t really treat the Robot as an individual. In fact, come to think of it, no one ever did. Just as it was with the horse. Will, and the others, cared about the animal, but in the face of the danger, they chose to leave him behind. The Robot, on the other hand, stayed back and protected him. This act itself presents a stark difference between him and humans.

The Robot has come to understand that there is much more to himself than his friendship and loyalty to Will Robinson. In the previous episode, he had displayed the ability to make more friends, and owing to our own vanity as humans, we came to believe that it was because of the influence of Will on him. In this episode, however, we come to realise that the Robot had feelings all along. The humans just started to like him when he had feelings for them.

Calling it a character “development” for the Robot is not quite right. It is more of a character “exploration”. All this while, he has been treated as the answer to everyone’s problem. He has been treated as a bodyguard. And to Smith’s credit, she at least had the guts to call it out as it was. This part of ‘Unknown’ hits harder than I had expected, and just for that, I’d say that it is the best episode of the season, yet. Couple that with amazing visuals and a daring mutiny, and you have a perfect package. If the last two episodes continue to be this way, the second season is going to end with an explosion.