When Will Lost in Space Season 3 Premiere on Netflix? 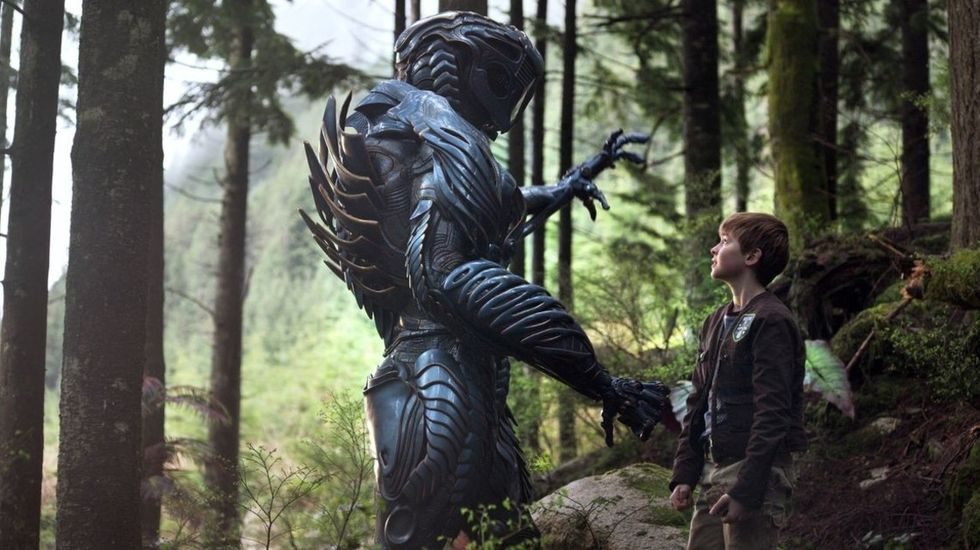 ‘Lost in Space’, the reboot of the eponymous 1960s series, is kind of a modern ‘Swiss Family Robinson’ revival — set in the future. Created by Irwin Allen and written by Matt Sazama, it follows a family of space colonists who are stranded on a habitable planet after their spaceship veers off course.

Zack Estrin serves as the showrunner of this Netflix original, which premiered on April 13, 2018. Soon after its season 1 release, the show was renewed for another season. Both of the seasons of this science-fiction drama opened to critical acclaim. Now, the next question is, will there be a ‘Lost in Space’ season 3? Well, read on to find out.

When Will Lost in Space Season 3 Release?

Netflix might not have come up with an official announcement for renewal yet, but it’s inevitable and we can expect an update in the next couple of months. So, there is no question of season 3 not happening. The only question is the release date and we do know that the scheduling of the show has not been regular since its launch.

While season 1 debuted in April 2018, season 2 barely made it into 2019 by airing in December. Now, with the crew planning for more enhanced special effects in season 3, we doubt if it will make a comeback in 2020 at all. If it does, it might happen only in late 2020. But according to our estimates, the date might get further postponed and ‘Lost in Space’ season 3 might release sometime in January 2021.

Lost in Space Season 3 Cast: Who can be in it?

The stars of this futuristic show are the members of the Robinson clan. Will is the youngest in the family, played by Maxwell Jenkins. Joining him is his mom Maureen, a mission commander, and an aerospace engineer, portrayed by Molly Parker. The family patriarch is John (Toby Stephens), and he has two daughters — the medical expert Judy (Taylor Russell) and expert mechanic, Penny (Mina Sundwall).

Sibongile Mlambo, who stars as the recurring character of Angela in season 1, is promoted to a series regular in season 2. Dr. Smith/June Harris (Parker Posey) is a psychopath who assumes her sister’s identity to be on the ship. Don West (Ignacio Serricchio) is a shady smuggler and a ship mechanic. Rounding up the lead cast is Brian Steele as the Robot (a sentient, alien being) and Ajay Friese as Vijay Dhar.

The second season adds two more names to the cast. One is Tattiawna Jones as Ava, a supervisor of the mechanics, who is “firm, hardworking, and serious” and “shuts down Don’s nonsense but respects his skill”. Next is Commander Jiang, the Resolute’s “capable, stalwart, and unsentimental” captain. JJ Feild joins season 2 as an AI expert.

Season 3 will definitely see all the lead cast returning. The stars playing the Robinson kids and their parents will obviously make a comeback, accompanied by Sibongile Mlambo (Angela). Joining them will be the actors, Parker Posey and Ignacio Serricchio, playing the enigmatic villains. Netflix might also include some other names in supporting roles or guest appearances — but as of now, the details are tightly under wraps, something we will address when the streamer comes up with more updates.

Lost in Space Season 3 Plot: What can it be about?

When an impact event threatens to wipe out humans from the face of the earth, the Robinson family gets the chance to be a part of the 24th mission of the Resolute — a spacecraft that would carry the family to the Alpha Centauri star system. However, after the ship veers off course, the Robinsons are transported via the Jupiter spacecraft on another habitable planet. The story chronicles the journey of the family as they struggle to make their way back to the Resolute.

Season 1 ends on an epic cliffhanger. When we just heave a sigh of relief that Will and his family are safe and would reunite with their peers on The Resolute, they land on another solar system, comprising a contact binary star and five planets. Will discovers that all of them are connected through a sand drawing made by his beloved Robot.

According to the official synopsis of season 2, “There’s more danger – and adventure – ahead for the Robinson family. With Jupiter 2 stranded on a mysterious ocean planet without their beloved Robot, the Robinsons must work together, alongside the mischievous and manipulative Dr. Smith and the always-charming Don West, to make it back to the Resolute and reunite with the other colonists. But they quickly find all is not as it seems. A series of incredible new threats and unexpected discoveries emerge as they look for the key to finding Robot and safe passage to Alpha Centauri.”

Will sets off on a quest to locate the whereabouts of his Robot friend. He succeeds in his mission eventually but Penny is doubtful of the Robot’s new intentions. However, the crew, after a tragic aftermath, is able to reunite in the Jupiter, which apparently would lead them to Alpha Centauri. But when they are about to reach the colony, they realize to their dismay that they are heading to a different planet, over which hovers the Fortuna — another spaceship that was assumed to have been lost two decades back. And hence, it starts off a series of new adventures for the Robinsons and their team who have joined them on the Jupiter — an arc that will be explored in the third season.

The show will continue to evolve with its complex, ingenious storyline in season 3 as well, according to writer Matt Sazama, who said: “I mean you know [the] Robinson family will go on forever. But the story that we started with [the] pilot with the robots and everything else we want to have, we know what the ending is.” He further added, “There’s a very satisfying conclusion to that story. More stories then can happen after that.”

While we wait for season 3, you can watch the trailer for season 2 below: