When Will ‘Lost in Transition’ Return on TLC? 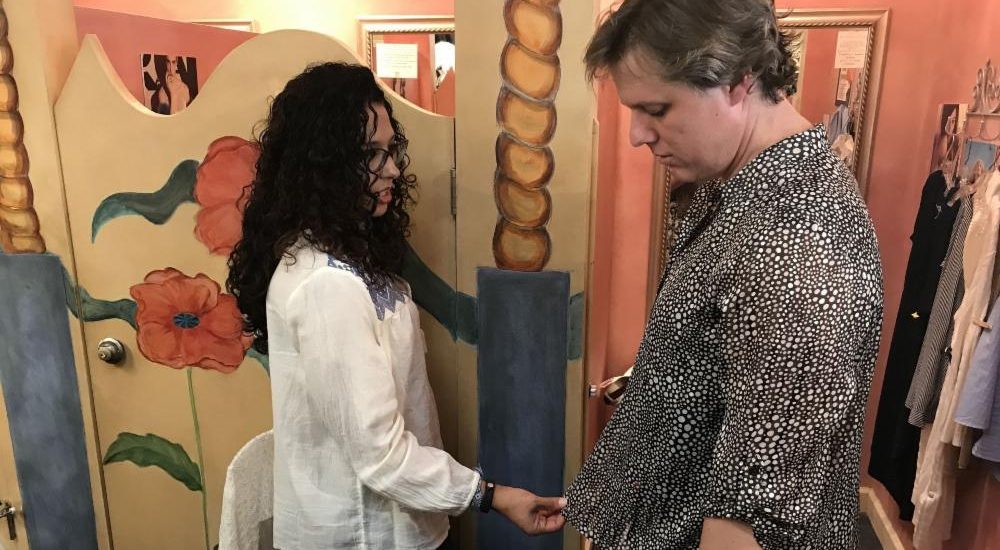 ‘Lost in Transition’ is a docuseries that deals with the complications suffered by a couple, during the course of their marriage. The complications that are dealt with in the show, are the ones that have risen due to the husband coming to terms with his struggle with gender identity.

The show received praise upon its premiere from viewers and critics alike. It was mostly praised for its accurate depiction of the events and making a point with its social message. The show is produced by Jennifer Ehrman and it is executive produced by Ronak Kordestani, Chaney Moon, Colleen Needles Steward, John Hein, and Shannon Keenan Demers. Jessia Bartulis and Rishika Advani serve as the co-executive producers for the show.

The show premiered on May 21, 2018, on TLC (The Learning Channel) with its last episode airing on July 8, 2018. What remains to be seen now is if there will be a ‘Lost in Transition’ Season 2? We will answer that and quickly look into the details of the series.

Lost in Transition Season 2 Release Date: When will it premiere?

‘Lost in Transition’ Season 1 premiered on May 21, 2018. After the first season received generally overwhelming reviews, fans have been eagerly waiting for TLC to give an update on the second season. But neither TLC nor the producers of the show have given any update on the show’s status.

Since the first season premiered in May, we can expect ‘Lost in Transition’ Season 2 to release in May 2020, if the show is renewed. However, as of now, nothing of the sort has been confirmed by TLC, but we will update this section as we find out more.

Lost in Transition Cast: Who’s in it?

The show features couples during the most difficult time in their marriages where, in each of these relationships, the wife discovers that her husband has grappled with the issue of gender identity for a long time. Every husband, in these cases, has been keeping a dark secret buried deep within himself for years.

What is Lost in Transition About?

The show starts with the introduction of three women who play a pivotal role in the progression of the show. The three women are Stacy, Cindy, and Jennifer and all of them make a revelation about their respective husbands. All these women were living a happily married life until they found out that they are husbands have been keeping them in the dark about a dangerous secret.

Once this secret sees the light of the day, it threatens to tear their marriage apart. As the secret is revealed we come to know that the men are transgender and have reached the decision to live the rest of their lives as women. The next episode shows us that Cindy is struggling very much to make peace with the devastating revelation about her husband, Troy. During this point in the show, we are introduced to another couple, Beverly and Karen.

Meanwhile, Jennifer tries to convince Larry to make his opinion known to the public especially his neighbors and friends. In the third episode, Jennifer continues to be supportive of her husband as he tells his neighbors during a Ladies’ Night. Troy makes a decision to get a makeover so he could look more like Lucy. A romance starts to brew between Stacy and Leslie.

Amidst all this Beverly tries to go easy on life and Karen gets a new haircut. The fourth episode finally shows us that Troy accepts himself as Lucy, and goes out in front of the society but Cindy finds herself in a difficult position while coming in terms with Troy’s openness.

Jennifer helps out Lawren, as they both go out to buy some ladies’ garments. The fifth episode is all about couples suffering from different financial problems, relationship problems, and family problems. The show continues seamlessly as it strikes a unique balance between authenticity and dramatization.

This is maintained by upholding a simple narrative structure. We realize that the revelation was just the tip of the iceberg and the real problems come during its aftermath. Stacy and Leslie are left in a critical position when different health concerns arise during the birth of their first child.

In order to cope with the problems easily Karen, Cas and Beverly undergo a therapy session. Cindy and Troy try to find some peace in their already complicated relationship. The season ends with Cindy accepting Lucy, Beverly ending her relationship with Karen, after a feud, and Leslie trying to open up to her family.

While you wait for updates on season 2, here is sneak peek into the life of a couple from ‘Lost in Transition’.