Will There be a Lost Speedways Season 2? 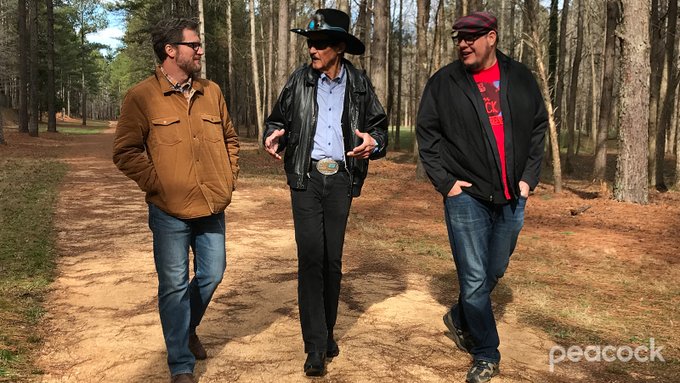 ‘Lost Speedways’ is a racing documentary with a bit of a vintage NASCAR touch. As the name suggests, it lends an eye-opening insight into some of the lost racing cathedrals from the past. While most of these speedways have been forgotten, abandoned, or are overgrown by nature, they still hold fond memories. No wonder, when the series first dropped on Peacock TV, it managed to pique the interest of racing enthusiasts — who can, anytime, devote time to learn about the history of their favorite sport. Well, since season 1 is now done and dusted with, here’s all you need to know about its potential next outing.

‘Lost Speedways’ season 1 released on July 15, 2020, on NBC Universal’s streaming service, Peacock. It consisted of eight episodes. Although the streamer has not renewed the show yet, it is only a matter of time before we receive an official confirmation. The popularity of its host (Dale Earnhardt Jr.), the informative premise of the series, and no lack of content — these are just a few of the factors that make us optimistic about getting a second edition. Whenever Peacock gives it a go-ahead, we can expect ‘Lost Speedways’ season 2 to premiere sometime in late 2021.

‘Lost Speedways’ is hosted by Dale Earnhardt Jr., a semi-retired, pro stock car racer. He is a prominent personality for NASCAR on NBC and also partakes in the NASCAR Xfinity Series. Dale owns a No. 8 Chevrolet Camaro and is from the team, JR Motorsports. The son of Dale Earnhardt Sr. and grandson of Ralph Earnhardt belongs to a family of NASCAR alums. Dale is popularly known as the ‘Pied Piper’ of Daytona. Dale explained his reasons for hosting ‘Lost Speedways’, stating: “My reasons for wanting to do this show were purely selfish — I love the mystique and eeriness of abandoned things, especially when those things are race tracks. (Co-host) Matthew (Dillner) and I have been mapping the locations of abandoned tracks for years, and I always wanted to explore them.”

Dale also added that the experience during filming the show made him realize that “like everything else in life, there is more to it than just what you see.” Needless to mention, Dale will return for season 2 as well.

What Can Lost Speedways Season 2 be About?

‘Lost Speedways’ follows its host Dale Earnhardt Jr. as he visits abandoned speedways and gives fans detailed insights into the great racing cathedrals of the past. He is often accompanied by special guests who narrate tales of these speedways that have been long forgotten over time. In season 1, we witness Dale reaching Charlotte, North Carolina, where he lands in the Metrolina Speedway to learn about an age-old family mystery. In other episodes, he gives viewers a tour of his race car graveyard and abandoned dirt track in Mooresville, North Carolina. Season 2 will embrace the same concept and continue to chronicle Dale’s multiple travels as he visits more abandoned racing tracks.