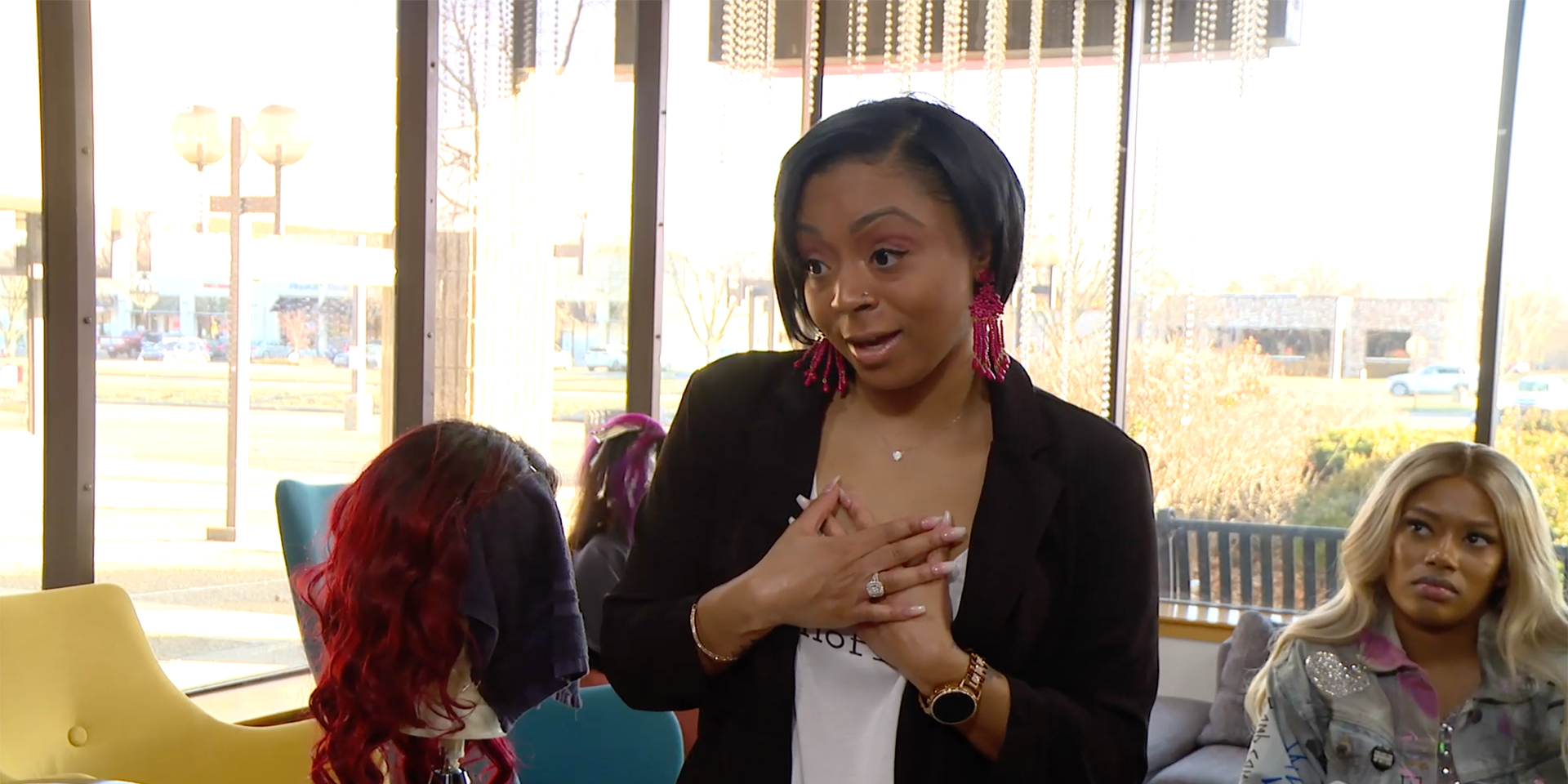 This week, in ‘Love After Lockup’, things get emotional and heated. While Destinie receives an unexpected surprise at a certain furniture store, Heather gears up for Dylan’s release. Shavel’s family is furious when she buys an expensive gift for Quaylon while Kristianna gets nostalgic after a reunion. If you wish to know about whatever happened in this Friday’s episode, you can head to the recap section. In case you are looking for details of ‘Love After Lockup’ season 3 episode 8, we have got you covered.

‘Love After Lockup’ season 3 episode 8 releases on September 4, 2020, at 9 pm ET, on WE TV. The show drops new episodes every Friday at the same time slot.

The upcoming episode is titled ‘Love Don’t Cost a Ring.’ WE TV has released its official synopsis, which gives us more insights into the episode: “Shavel and Quaylon’s families clash at his welcome home party; Maurice faces Jessica’s parents; Kristianna’s risky rendezvous threatens everything; Scott receives shocking news about Lindsey; Destinie explodes after discovering a secret.”

How to Stream Love After Lockup Season 3 Episode 8 Online?

If you have a subscription to WE TV on your cable package, you can catch the episodes of ‘Love After Lockup’ as and when they drop on TV. Otherwise, episodes, following their television release can also be watched online on the WE TV official website. If you don’t own cable, you can live-stream the show on Fubo TV, which offers a 7-day free trial. Other cable-free, live-streaming services include Directv, Philo TV, Sling TV, and YouTube TV. Previous seasons are additionally available for purchase on Amazon Prime Video in both HD and SD versions.

‘Love After Lockup’ season 3 episode 7 is titled ‘Denied & Declined.’ And this is the part when we get to meet another couple, Heather and Dylan. The duo had met through a common friend when Heather bumped into Dylan in a washroom at a party. Later, Dylan was convicted on drug-related charges, just a couple of days after he started dating Heather. As of now, they have been in touch for the past five years. With Dylan finally getting released, Heather is excited.

Heather and Dylan have not tied the knot but they consider each other married in their hearts. They have not even slept together and in anticipation of being intimate for the first time, Heather goes shopping for lingerie and sex toys. Meanwhile, Destinie and Shawn face fresh challenges in their relationship. Destinie had earlier confessed that she was tri-sexual. Now, we learn that Shawn has been in touch with Kelly, the mother of his six children, all this while. And we are yet to see how Destinie will reach when she gets to know about his dishonesty.

Finally, Scott is confused as to why Lindsey has been a no-show until now. He tries to contact her several times but there is no news on her whereabouts.