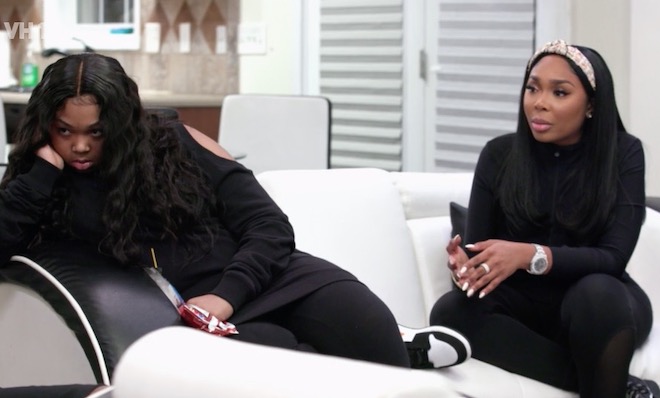 ‘Love and Hip Hop: Atlanta’ season 9 has proved to be one of the wildest rides ever! The feuds have seemingly no end and the clashes between the stars are threatening to cross boundaries. Since its debut, the reality drama has aired five episodes to date — packed with multiple twists and surprises. Episode 5, which aired this week, brings in some extraordinary reveals. But before you jog your memory with a brief recap, read on to know about the next episode, i.e ‘Love and Hip Hop: Atlanta’ Season 9 Episode 6.

Love and Hip Hop: Atlanta Season 9 Episode 6 Release Date: When Does it Premiere?

Episode 5 begins with Kirk and Rasheeda going for a date night. When Rasheeda sees that the meal on their table is waffles, Kirk reminds her that this is what they had on their first date. They raise a toast to two decades of marriage and decide to bring proper balance between their professional and personal lives. Meanwhile, Sierra eats together with Shooter and her kids. She gifts him a birthday present and the couple asks their daughter about school. Sierra thinks that their separation might have something to do with their daughter’s issues at school. She asks Shooter to make more time for the family.

Joc and Alexis visit a hair salon he had invested in earlier and talks to his business partner Sharonda. On the other hand, Rasheeda meets up with Mimi, Bambi, and Sierra and they go clothes shopping. She discloses about planning a girls’ ski trip and invites them to come along. However, when she tells that Karlie is also coming, Sierra is not pleased. Bambi explains before everyone about the clash between Momma Dee and Cece.

Joc holds a human trafficking panel, which is attended by Kendra and Alexis. Alexis recounts how she was kept as a hostage at the age of 16 and had no means to communicate with anyone. She thanks the man who had rescued her and saved her life. Sierra and her daughter are featured on the local news. The latter was attacked by a student and her mum in the bathroom. Shooter tells Paris to take better control of her life because she had lost her brother to a similar case of violence. Sierra files a restraining order on the woman and her daughter. In the meantime, the couple decides to let Paris stay with Shooter.