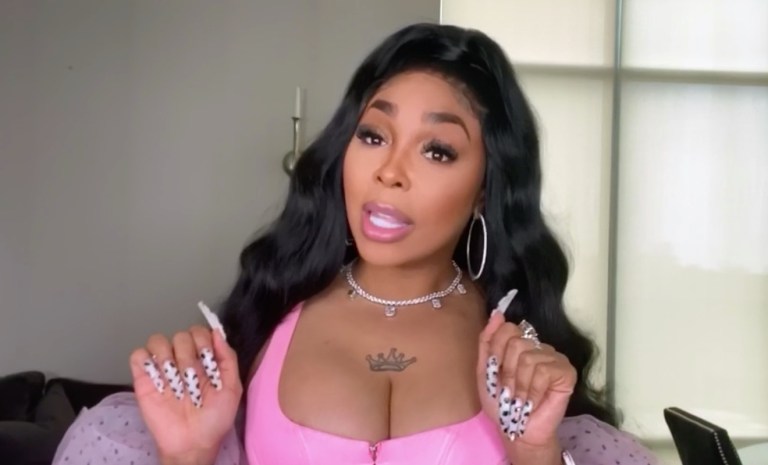 Last week, in ‘Love and Hip Hop Atlanta’, Sierra had learned on her ski trip that BK was up to no good in her absence. This week, she confronts BK regarding the same and the latter ends up accusing Sierra instead. Meanwhile, the clash between Kiyomi and Cheyenne continues. Well, we will cover all the details of ‘The Kids Are Alright’ in our recap section. But before that, read on to know about the next episode, i.e ‘Love and Hip Hop: Atlanta’ Season 9 Episode 9.

Love and Hip Hop: Atlanta Season 9 Episode 9 Release Date: When Does it Premiere?

The feud between Kiyomi and Cheyenne shows no signs of abating anytime soon. On the other hand, Scrapp advises Cheyenne to let Shooter be. Although Cheyenne is done with her ex, she is in no mind to forgive Kiyomi. Meanwhile, the ladies are back home in Atlanta from their ski trip. Here, Sierra reveals that after what BK has done, she will not invite him to her daughter Paris’ birthday.

On a good note, Kirk Jr. is released on bail, and Rasheeda and Kirk are happy for their son. Bambi is excited to tell Scrappy that she is pregnant. Scrappy is thrilled after hearing the news. Sierra meets Tiffany Foxx and discusses BK. After some time, BK arrives and Sierra confronts him about his actions at the club. BK denies all accusations. Sierra takes away her house keys from him and tells him he is not invited to the party.

The ladies attend a drag show for Kendra’s bachelorette night out. Scrappy and Bambi talk to Momma Dee to resolve the issues with Cece. But things get bad when Dee discovers through social media that Bambi is pregnant. Bambi apologizes. At Paris’ birthday party, she gets a new car as a gift. BK also reaches the event although he was not invited and gives Paris a pair of diamond earrings. He gives Sierra a bunch of paper copies of text messages she had sent to other men including Shooter.

Sierra defends herself, saying that she had only sent a couple of text messages to men. And in comparison, this is nothing to what Shooter has done. Seeing this, Tokyo gets extremely upset and even ends up throwing her purse at BK. His actions affect all the women present there and ultimately, he needs to be escorted away by security.

Read More: When Will Hip Hop Evolution Return on Netflix?