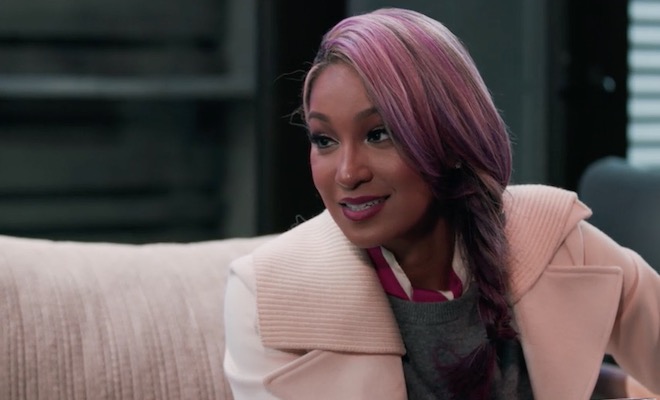 ‘Love and Hip Hop: New York’, the original series from VH1’s phenomenal reality tv franchise ‘Love & Hip Hop’, is the first installment from the lot. It gives an exclusive, real-time view of the personal and on-studio lives of fan-favorite rappers from the Empire City.

The show returns one week after the ninth episode of the season was aired. ‘Love and Hip Hop: New York’ follows a weekly format with each new episode slated to be released every Monday.

You can watch the 10th episode of the 10th season of ‘Love and Hip Hop: New York’ by tuning in to VH1 on the timeslot mentioned above. Moreover, the episode can also be streamed on VH1’s official website or mobile app with a valid cable provider’s login.

In the ninth episode called “December to Remember”, Olivia makes a comeback and meets up with Chrissy. The two women had not been in talking terms for the last seven years. This is because, years ago, Olivia had not supported Chrissy, during the latter’s feud with Yandy.

Anyways, they choose to leave the past behind and Chrissy expresses her feelings after her mom’s demise. On the other hand, Olivia reveals how Rich had been keeping all the money earned from the songs they wrote together.

Yandy gets to know from Mendeecees that his release has reached a roadblock due to paperwork issues. Remy meets up with TT and says that she is super upset since she was accused of assaulting Brittney Taylor. Remy now again needs to attend court sessions. TT supports Remy and advises her to focus on her career.

Yandy drops by to meet Jamila and discuss what is happening with the inmates in Mississippi. Jamila informs Yandy that they are going to the facility and asks Yandy to accompany her team — and the latter agrees.

PHresher wishes to reconnect with Olivia and cites the reason of her fallout with Rich as the main reason because of which he wants to work with her. Tahiry and Erica discuss the former’s feud at Erica’s birthday party. Tahiry reveals that she might have breast cancer and Erica lends her support to the distraught star.

Remy meets up with lawyer Dawn and says that she wants a trial. Papoose is reluctant because he does not want Remy to go back to prison. During Tahiry’s mammogram session, she is asked to get a biopsy. Later, the doctor tells her that she does not have cancer.

Olivia and PHresher record a track in the studio and Rich drops by. This results in another face-off between Rich and Olivia, with Rich not accepting her allegations that he stole her money. Fed up with the discussion, Olivia decides to walk away.