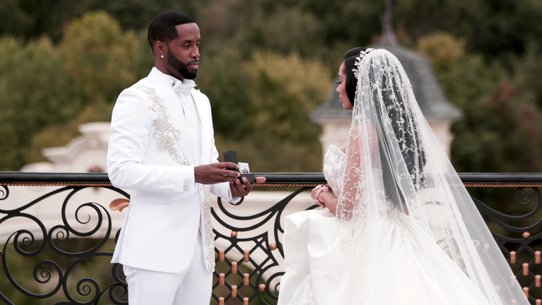 The 10th season of ‘Love and Hip Hop: New York’ launched with an aptly conceptualized tagline: “the homecoming begins”. This is because, in this installment, we see the return of Chrissy Lampkin. Of course, we also meet our favorite rappers from the Empire City, including Jim Jones, Remy Ma, Joe Budden, Safaree, Rich Dollaz and more.

After airing 10 episodes, the show is now all set to release its next episode. Here’s all we know about ‘Love & Hip Hop: New York’ season 10 episode 11.

The show returns one week after the 10th episode of the season was aired. ‘Love and Hip Hop: New York’ follows a weekly format with each new episode slated to be released every Monday.

You can watch the 11th episode of the 10th season of ‘Love and Hip Hop: New York’ by tuning in to VH1 on the timeslot mentioned above. Moreover, the episode can also be streamed on VH1’s official website or mobile app with a valid cable provider’s login.

In episode 10, we see the emotional side of Jonathan. His nephew Derek, diagnosed with Arthrogryposis, was recommended surgery that would cost $160,000. But Jonathan could not afford to spend so much as he had spent all his money on parties and drugs. As he tells his story to Cyn and Yandy, he breaks down in tears.

Jim’s mum Mama Jones is held up with her new show, titled, ‘Cheers to Harlem’ where Jim appears as a guest. Jones does not know that Chrissy is the one who is taking care of the interior decoration of her new house. But Jim will have to disclose the truth sometime in the future.

Yandy and Olivia meet and the latter reveals that she is engaged to her fiancé Shad. They also talk about Kimbella. Yandy tells that she is no more in speaking terms with Kimbella and that the latter is now more close to Chrissy. The conversation then shifts to Rich, who Olivia accuses of having stolen money from her.

Yandy decides to hold a Jumpathon so that they can raise money for Jonathan’s nephew Derek. Rich meets his mother Jewel and tells her about Olivia’s allegations. Jewel replies that it is, in fact, Olivia who owes Rich money because they had spent so much in launching her career.

During the Jumpathon, Somaya makes an appearance, followed by Jen, Kimbella, and Yandy. While the mayor and councilman donate $5000, they are able to raise a total amount of more than $97,000. Chrissy does not attend the event and Peter Gunz arranges a meeting between Cisco and Rich. Cisco does not accept that he had told Olivia that Rich had stolen money from her. But Rich does not believe his claims and lashes out at him for having worked with Olivia behind his back.

Jonathan throws a slumber party to celebrate the success of the Jumpathon. All hell breaks loose when Kimbella and Yandy have a huge argument, with the former throwing a drink at the latter. Cyn reprimands Kimbella and Yandy loses her cool — because of which she needs to be restrained by the security.