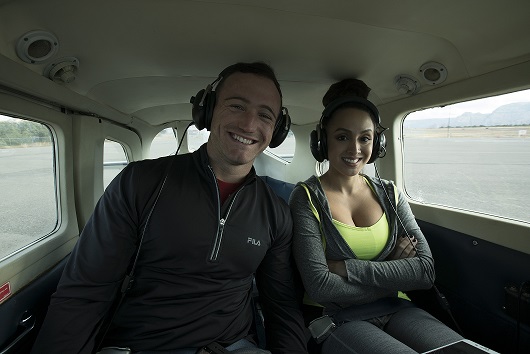 ‘Love At First Flight’ is a reality television series that first premiered on March 20, 2018, on Lifetime Network. The show is directed by David Charles Sullivan and features newly paired couples. The professionals on the show, based on compatibility, pair two people together.

Then the couple together travels around North America. They face different situations, challenges, hardships, and adversities over their journey. By the end of their journey, the couple finally decides if they want to break the short-term relationship or go ahead with it and get hitched. They take the decision of whether they want to get married or not, right after their flight lands back to their original destination. The show is fast-paced, full of emotions, romance, and drama.

‘Love at First Flight’ has had a good first season, leaving fans wondering whether there will be a Season 2. We delve into that after walking you through the show’s details.

Love at First Flight Cast: Who’s in it?

The main cast of Season 1 included Jenna Fortner, Stephanie Helouise Johnson, Michael Naccari, Alma Lopez, Stephanie VerEecke, Ryan Pinter, Cale O’Bryan, and Michael Stewart. These people were paired with each other based on their compatibility. The cast of the next season has not been released yet but we are bound to see new pairings.

Love At First Flight Plot: What is it about?

At first, the matchmakers pair up 8 individuals as couples, based on the personalities. The couples are believed to be compatible with each other but only the journey can decide whether or not they truly are. They travel to different parts of North America for 30 days and go through various challenges and situations, and learn more about each other.

The couples first arrive at Nashville, where they have to go through unexpected challenges. Ryan and VerEecke have a very strong start. They dress up as a cowboy and a cowgirl and dance together to some country music. VerEecke feels that Ryan is a very compassionate man and she would really like his compassion in her life. The couple then moves to Sedona, where they understand each other’s relationship goals. The next stop is Denver and here, the couple learns the importance of communication. They realize they need honest and transparent communication in a relationship and contemplate if they can have such communications with each other.

The next stop is Sin City and the couples are tested in their trust and understanding. Things do not turn out well for VerEecke and Ryan, according to Ryan, VerEecke gets way too distracted by her enjoyment and according to VerEecke, Ryan does not know how to communicate.

The couples are surprised when they receive a knock on their doors. Instead of each other, they are greeted by the other’s family. Cale meets Jenna’s sister and mother and likewise, Jenna meets Cale’s mother and sister. While in Hawaii, a popular honeymoon destination, the couples really dwell on the question of whether they have found the right match with their partners or not.

In the final episode, the couples after a 30-days-long adventure, finally take the hard call. Cale and Jenna decide to end their relationship and continue as friends. Ryan and VerEecke face a rather uncomfortable situation when Ryan asks VerEecke to call her ex and end things once and for all.

Love At First Flight Season 2 Release Date: When will it premiere?

‘Love At First Flight’ Season 1 premiered on March 20, 2018, on Lifetime Network. The season was spread across 8 episodes and the last episode released on May 1, 2018. The show has a lot to offer to the audience.

The couples that go on the journey are completely unaware of each other and it is fun to witness the excitement of developing feelings towards their partner from scratch. All the feelings, confusions, questions and emotions portrayed on the show feel completely real and authentic. It is a fresh take on the regular dating shows as this series does not just end at relationships but marriage itself.

There has been no official announcement regarding Season 2 yet. The show received decent feedback from the audience and for that reason, we can expect the renewal of the show pretty soon. Our best guess is that ‘Love At First Flight’ Season 2 is likely to release around April 2020.

You can catch the trailer of Season 1 below, to get an idea of the show.