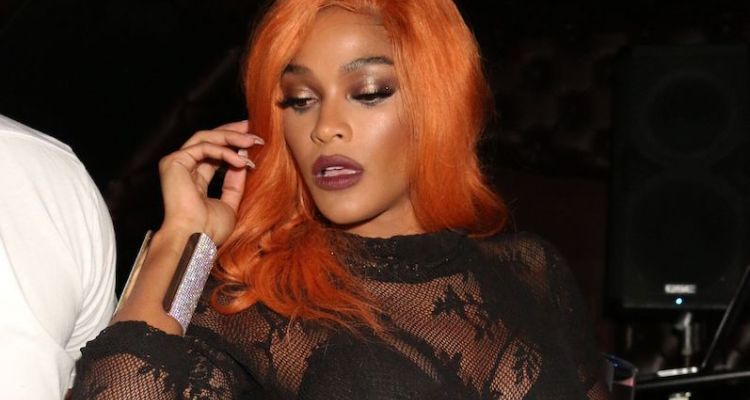 ‘Love and Hip Hop: Miami’ is finally back with its third season. The VH1 series, which originally premiered on January 1, 2018, is a spin-off of the Love & Hip Hop franchise and chronicles the lives of music personalities related to Southern hip hop, Latin music, and reggaeton.

While season 3 includes many of our familiar faces, it also introduces us to multiple new arrivals. With drama galore and tensions reaching their peaks, the latest season promises huge doses of entertainment. Among the featured cast members, we meet Trina, Amara La Negra, Trick Daddy, Joseline Hernandez, Brisco, Sukihana, PreMadonna, and
Hood Brat.

After the premiere episode having concluded on January 6, 2020, you might be wondering where and when you can catch episode 2 of ‘Love & Hip Hop: Miami’ Season 3. Scroll down and you will get to know each and every detail.

If you have a cable connection, simply tune in to VH1 at 9 PM ET every Monday and you can watch all the latest episodes of ‘Love & Hip Hop: Miami’ season 3.

In case you don’t have cable, you can head to the VH1 online platform, and stream the episodes. Alternative options for cord-cutters include live-streaming through Philo TV, Fubo TV, and Directv.

Episode 1 of ‘Love & Hip Hop: Miami’ season 3 is titled ‘There’s No Way”. As far as the official synopsis goes, here’s what the episode entails: “Miami mourns alongside Trina as she says goodbye to her mother. Amara unveils her new single and her new relationship. Trick Daddy finds new love. Amara’s career plans begin to unravel. Joseline Hernandez heads back to town.” Yes, there’s a mix of everything — including family drama, shouting matches, and new romances.

Joseline Hernandez is back in Florida for the third season after featuring in ‘Love & Hip Hop: Atlanta’. She now returns to her hometown with fiance Balistic Beats in tow. Well, Joseline has already stated that she is here to play by her own rules, ditching the nice-lady part. She says: “​I know I’ve got a lot of haters, but there ain’t nothing this Puerto Rican princess can’t handle. I’m back b*****s!”

We also get to see multiple romantic linkups. Trick Daddy is in love with Nikki Natural, but he is still struggling to get over his estranged wife, Joy. In the later episodes, we can expect some conflicts arising from his dual feelings. Amara La Negra is dating Emjay, younger sibling of Shay Johnson. As a result, Amara and Shay are now on good terms but the relationship might turn sour when JoJo returns.

Trina’s mother Vernessa Taylor passed away in September 2019 after battling cancer for the long-term. Hence, the rapper is currently in mourning and a statement issued by her representative reflects this sentiment. It says: “Thank you all for your kind words and condolences regarding Trina’s mother. It truly gives the family some peace and comfort knowing that ‘Nessa’ lived such a fulfilling life filled with love and abundance.” Trina is seen telling Joy Young in a state of fury and grief: “I really can’t believe my mom is not here. Stop asking me about it, stop bringing it up, I’m not okay, I will never be okay for the rest of my f*cking life.”

While Emjay is planning for a family with Amara, the latter wishes to concentrate on her career. She is very frank when she replies: “I want to have your kids, but not now. When I win my Grammy, okay?” Emjay, on the other hand, retaliates and says that she will never achieve her goals as long as she is working with her manager Julian. Even Amara begins to have doubts when she discovers that Julian had stolen cash from Trina.