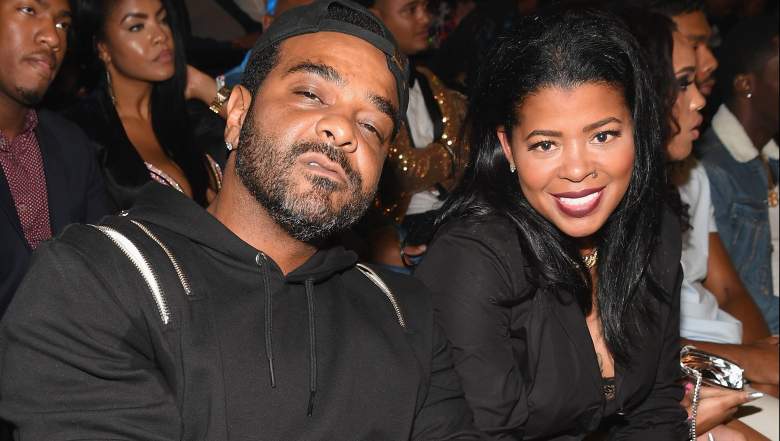 Long-time fans, as well as newbies, here’s the thing. Whether you have previously watched ‘Love & Hip Hop: New York’ or not, you should definitely check out the 10th season of the first installment from the ‘Love & Hip Hop’ franchise. Why? Because it features the ideal mix of your favorite hip hop stars, accompanied by much-anticipated returns and new arrivals — bringing in the perfect mix of chemistry, banters, and emotional plus professional struggles.

Season 10 is noteworthy for several reasons. Firstly, we meet original cast member Chrissy Lampkin, who left the show after season 2 and was in Philadelphia all this while. On LHHNY, she is seen pursuing her relationship with Jim Jones after she arrives in Harlem. Additionally, rapper Remy Ma’s story has tremendous growth in this season. She is back from prison and is currently off parole while resuming her role as a mom and wife to rapper Papoose. Next, Safaree and Erica Mena are all set for their dream wedding.

Of course, we also get to see the aftermath of the huge fallout between Joe Budden and Cyn Santana. And what about Kimbella, who is still struggling to balance work and family after her spouse Juelz Santana started his prison sentence. Meanwhile, Yandy Smith-Harris needs to adjust to a new situation when Mendeecees is released from prison. Newcomers PHresher and Jennaske also feature in the season to bring in their own share of drama.

If you have a cable connection, simply tune in to VH1 at 8 PM ET every Monday and you can watch all the latest episodes of ‘Love & Hip Hop: New York’ season 10.

In case you don’t have cable, you can head to the VH1 online platform, and stream the episodes. Alternative options for cord-cutters include live-streaming through Fubo TV, Sling, Directv, and Hulu.

Episode 5 of ‘Love & Hip Hop: New York’ Season 10 is titled “Ex’s & Oh’s”. As far as the official synopsis goes, here’s what the episode entails: “Safaree is forced to set things right to save his wedding. Cyn confronts Erica about her plan to match Tahiry back with Joe. Phresher must fight to keep Jennaske from jumping ship after Jen’s public explosion. Remy goes to Miami to finish her album.”

The episode sets off with Rich visiting Jennaske in the studio and they reconcile after the huge face-off over Phresher. Phresher joins the conversation and wants to know how Rich and Jennaske are going to work together in the near future.

Erica attempts to bring back Tahiry and Joe together. On the other hand, Safaree is tensed about the doubts that have crept up, sabotaging his relationship with Erica, prior to their wedding. But anyhow, he tries to sort out the issues. Remy and Papoose meet up for lunch, with Remy saying that she needs to go to Miami. Papoose asks her to leave the baby with him — a suggestion she does not accept.

Phresher then visits an upset Jen and she says that unless he mans up, they are over. Safaree speaks with Tahiry during the rehearsal of a salsa act that he is planning to surprise Erica with. Tahiry ends up supporting Erica. Safaree, in order to make things right, books a rooftop penthouse, decorated with flowers and candles and sets up a date with Erica. The two sort out their issues.

Joe meets Cyn in her recording studio and Cyn asks him to respect her as she is the mother of his child. Remy travels with her baby daughter to Miami and starts her work at the studio. Rich and Jennaske meet Dj Kay Slay at Hot 97 and Jennaske says that she would like to work with Rich rather than Phresher.

Finally, Cyn and Jonothan meet Erica and Cyn asks Erica why she is trying to hook up Joe and Tahiry. Erica, however, does not see any mistake in her intentions, which causes Cyn to cry, who leaves the discussion.