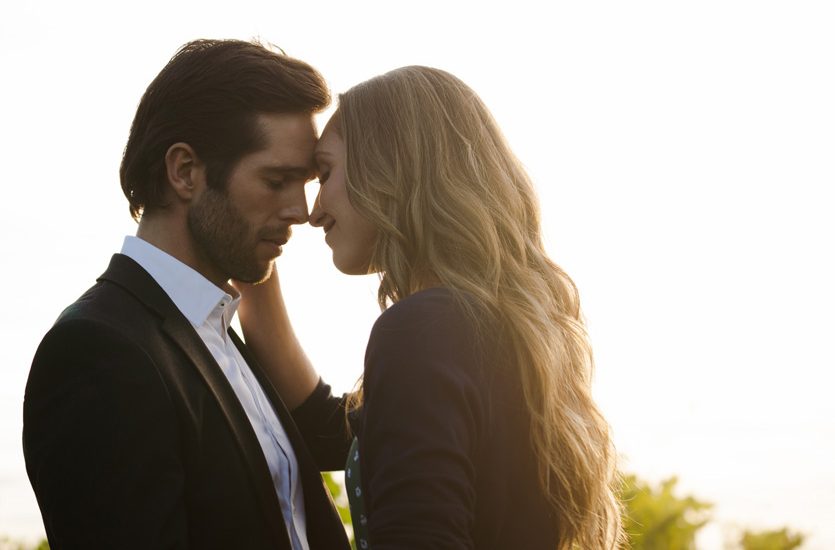 ‘Love in Harmony Valley’ is a perfect addition to Up TV’s roster of romantic movies. The premise starts off in the same way as a lot of love stories, with a degree of tension and animosity between the two. However, over time, they realize there is a lot of shared history, which starts to unravel into a sweet love story. We meet Emma, who has been waiting for a long time to meet Tracey, her best friend. She’s been in a serious accident, and Will, Tracey’s brother, who’s never liked Emma, is a barrier in their friendship.

While Emma is in the hospital, Will doesn’t let Tracey visit, but when she returns to Harmony Valley, he can’t really keep them apart. Moreover, Emma and Will have to partner up on a project to help the community. The story picks up from there as mutual respect grows into something more intimate. The sweet love story plays out against the backdrop of the countryside, which is like a breath of fresh air. So, where is ‘Love in Harmony Valley’ filmed? We’ll tell you that and walk you through the cast.

Where Was Love in Harmony Valley Filmed?

‘Love in Harmony Valley’ heads to the vast countryside, and shows a winery. We also see a farm with plenty of animals, as you can see from the cast member’s post below.

Re-Posted • @up_tv Check out this behind-the-scenes exclusive with @amber_marshall_farm on the set of the UPtv Premiere Movie Event, #LoveInHarmonyValley! Tag your friends so they don't miss it!

For the actual filming, the cast and crew headed to Canada. The movie has been shot in areas around Ontario. There are several upsides to filming in Canada. Firstly, the stunning vistas are great for picturesque settings, making the film look magical. Moreover, the film industry in Canada is quite exceptional. Thus, filmmakers can rely on a team of skilled professionals to aid in the shooting and post-production process. Finally, Canada offers quite a few monetary benefits, like tax exemptions. It helps the movie stay within budget, which is really helpful for the smaller projects.

Who is in Love in Harmony Valley Cast

The main characters include Emma, Will, and Tracey. Amber Marshall appears in the role of Emma. Born in Ontario, Amber trained at the Lester B. Pearson School for the Arts and the Original Kids Theatre Company. She’s appeared in numerous films and shows over her career. However, Amber is best known for her role in the long-running series, ‘Heartland.’

Marshall used to be a veterinary assistant and loves being around animals. She’s spoken about how ‘Love in Harmony Valley’ is perfect in a certain way. There have been scenes with goats, rabbits, and a miniature horse. Amber has addressed how she’s lit up in all those shots in the movie. Here’s Amber offering a behind the scenes look.

A little behind the scenes with me and @ericsamhicks from #LoveinHarmonyValley that airs on @up_tv this Sunday!

Eric Hicks appears in the role of Will. Hicks was drawn to acting at a young age, and though he pursued Prosthetics and Orthotics in Vancouver, he never gave up his acting dreams. Hicks has appeared in shows like ‘Quantico‘ and ‘The Strain.’ Finally, we have Nina Kiri, a Yugoslavian actress. She is best known for her role in ‘The Handmaid’s Tale.’ In the film, Will tries to ensure that Tracey, played by Nina, manages to heal with the help from the winery he plans to build. The talented cast will surely ensure that the movie remains etched in our memories long after the credits roll.