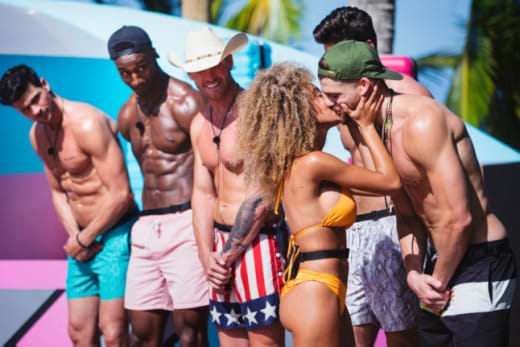 CBS’s ‘Love Island USA’, the American rendition of the hit British reality show, was conceptualized as a summer staple by the channel. It follows a bunch of islanders as they set off to scout for their partners in a luxe locale. After a well-received first edition, here is when the dating drama will return with its second season.

Love Island USA Season 2 Release Date: When Will it Premiere?

‘Love Island USA’ season 1 released on July 9, 2019, on CBS and CBS All Access. After airing for 22 episodes, it ended on August 7, 2019. Just ahead of the season 1 finale, the show was greenlit for its second outing on August 1, 2019. CBS Entertainment president Kelly Kahl confirmed the news via a press release, saying: “The passion of Love Island’s audience is incredible. The intensity of their social media engagement has created tremendous enthusiasm for the series here at the network. We love the show’s creative execution and can’t wait for next season.”

The final winners were Zac Mirabelli and Elizabeth Weber, who split the cash prize of $1,00,000 between them. The names of the contestants for season 2 have already been announced by CBS. We have 11 new singles, ready to battle it out for love and the grand cash prize. They are Kaitlynn Anderson (from Lapeer, Michigan, with a career in promotions), Mackenzie Dipman (a student from Scottsdale, Arizona), Tre Forte (a personal trainer from Boca Raton, Florida), James McCool (also a personal trainer from Winchester, Virginia), Johnny Middlebrooks (another student from Chesapeake, Virginia), and Justine Ndiba (a go-go dancer from Rockaway, New Jersey).