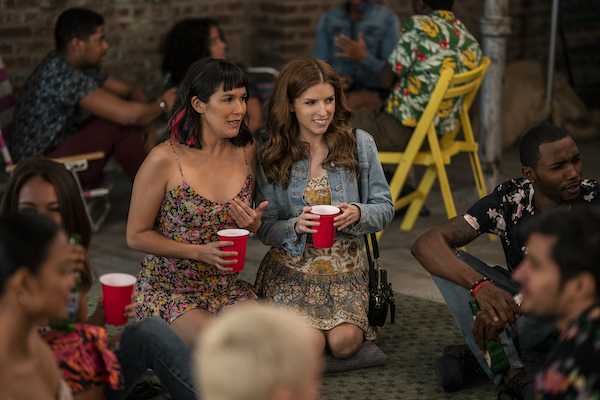 If you are on the lookout for a pleasant and comforting narrative, then ‘Love Life’, HBO Max’s romantic comedy might just be up your alley. This anthology series is created by Sam Boyd and each season tells one love story — the journey of the protagonist to find his/her, one true love. The story is conceptualized, especially for the modern Gen-Z millennials, who know what they want but have absolutely no idea on how to get [what they want]. We know that the concept is familiar but still, HBO has managed to keep it fresh by including a talented roster of stars and an equally genius creative team. Well, read on to know more about the second outing from this interesting rom-com.

Love Life Season 2 Release Date: When Will it Premiere?

‘Love Life’ season 1 premiered on May 27, 2020, on HBO Max, with three back-to-back episodes. Following its debut, new episodes dropped weekly every Thursday. The first season consisted of 10 episodes, each being 30 minutes long in duration. It ended on June 11, 2020. On the day of the finale itself, HBO announced that the show has been renewed for its next edition. Kevin Reilly, Chief Content Officer at HBO Max, President, TNT, TBS, and truTV, confirmed the news in a statement to Deadline, saying:

“It’s so rewarding to see Love Life embraced as an immediate hit. We are proud to pick up the second season of our first Max scripted original comedy. We salute Anna, our creative team and partners at Lionsgate, and are delighted audiences have gravitated to Love Life in such a significant way. As a day one original, it is gratifying to see the strong response.” The channel has not announced a release date yet. But if things move as per plan, ‘Love Life’ season 2 should premiere sometime in Summer 2021.

Love Life Season 2 Cast: Who Can be in it?

Season 1 of ‘Love Life’ stars Anna Kendrick as the protagonist, Darby, a 20-something girl on the lookout for her soulmate. Darby works in the art industry and she has two best friends who mentor her in her rollercoaster of a ride — Sara (played by Zoe Chao) and Mallory (played by Sasha Compère). Her divorced parents are portrayed by Hope Davis and James LeGros. Rounding up the lead cast is Peter Vack as Jim and Lesley Manville. Scoot McNairy as Bradley Field, John Gallagher Jr., and Kingsley Ben-Adir as Grant appear in significant supporting roles. Since the show is developed as an anthology, season 2 will have a different roster of stars. What we do know is Kendrick will make occasional appearances as Darby but will not play the role of the protagonist. We will update this section as soon as HBO announces the exact list of names.

Love Life Season 2 Plot: What Can it be About?

‘Love Life’ follows “a different protagonist’s quest for love each season, with each half-hour episode telling the story of one of their relationships” — as outlined by HBO. The first outing revolves around Darby, who is on a search for the perfect partner but each of her trysts ends in failure. As the season progresses, we discover the walls that Darby has built around herself because of her disappointments. She has a tender and fragile heart and yet, Darby is never wimpy or frustrated. She is extremely relatable — a young woman in the Big Apple who finds good guys but not the right one.

Each episode is packed with twists and complications that are a result of Darby deciding whether to settle down with a particular person or not. The episodes are named after the men Darby dates and each chapter helps in the evolution of the protagonist’s character. We see her slowly transforming and eventually realizing that in order to get the person she deserves, she needs to work on herself first. A fascinating story, coupled with a strong and effortless performance, ‘Love Life’ is a breezy, light watch. Season two will take place in New York City as well but will focus on a new character’s journey. It tells the tale of an individual who has lived the whole life believing s/he knows who his/her soulmate is — only to discover years into a marriage that it’s not the right fit at all.