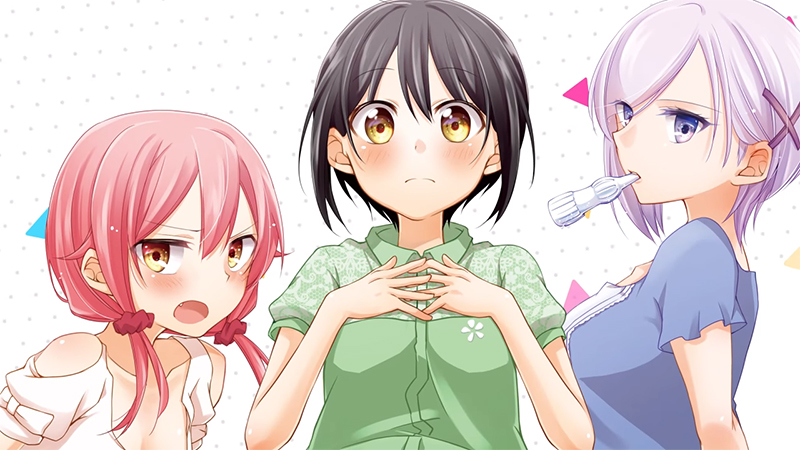 Love to Lie Angle (also known as Tachibana-kan To Rai Anguru in Japanese and Tachibanakan Triangle) is a Japanese comedy anime television series which is based on a yuri manga series of the same name. Written and illustrated by Merryhachi, the manga series began serialization in the Comic Yuri Hime manga magazine on November 18, 2014 and new chapters are being published even to this day.

Almost half a decade after the initial publication of the series, two Japanese animation studios – Creators in Pack and Studio Lings – announced plans to adapt the manga series into an anime television series. Subsequently, Season 1 of Love to Lie Angle premiered on April 4, 2018. While it was not a very highly rated anime show, it still managed to impress fans of the manga series and some new viewers, and since then, fans have been waiting to hear news on a second season of the show. Here’s everything we know about the prospects of Season 2 of Love to Lie Angle thus far.

Love to Lie Angle Season 2 Release Date: When will it premiere?

Love to Lie Angle season 1, consisting of 12 three-minute episodes, premiered on April 4, 2018 and ran till June 20 of the same year. However, in spite of the show’s popularity among young women in Japan, a second season has not been announced yet.

That being said, there’s no reason to get worried just yet if you’re looking forward to a new season of Love to Lie Angle. There’s still plenty of time left for a second season to be announced. Further, there are other factors which are in favour of a second season being made. Firstly, since new chapters of the manga series are still being published, there is definitely no dearth of source material for a second season.

Secondly, owing to the short episode length of the show, making a new season should not be a particularly expensive or time consuming affair. Given these facts, we think that Love to Lie Angle has a decent chance of getting renewed for a second season. However, the anime industry is an unpredictable one and it’s impossible to say for certain what fate awaits the show till one of the companies involved in the show’s production makes an official announcement on its future. We’re keeping our ears open for news on Love to Lie Angle season 2 release date and we’ll update this section as soon as we hear something reliable.

For those who like watching anime shows in English, the bad news is that Love to Lie Angle does not have an English dub yet and it’s unclear whether an English dub will be licensed any time in the years to come. The good news, on the other hand, is that each episode of Love to Lie Angle is only three minutes long and hence there’s not enough dialogue for an English dub to be an absolute necessity. Further, the original Japanese version has pretty great voice acting, so that’s an added bonus. If you want to watch the show, you can find the original Japanese version with English subtitles on Crunchyroll.

Although Love to Lie Angle only has three minute episodes, the creators of the show tried to cram in as much content as they could.

Briefly speaking, Love to Lie Angle has a simple plot and revolves around a young girl named Natsuno Hanabi. Looking for a fresh start, Natsuno heads back to her hometown to start high school, but her life takes an unexpected turn when she takes up residence at a dormitory named Tachibanakan. While Natsuno chooses Tachibanakan based on its advertisement, she soon discovers that it is not what she expected it to be. After moving to the dormitory, Natsuno finds herself living with a bunch of eccentric, lesbian girls  – her childhood friend Konomi, the marshmallow-loving Yoriko, the perverse Yuu, and a stoic girl named Iori.

Before long, the girls get cozy with each other and there are lesbian overtones in the show. As far as the show’s format goes, it follows the daily lives and interactions of the residents of the dormitory and follows their evolving relationships.

Owing to the short length of each episode, Love to Lie Angle does not have too many characters. Below, we’ve provided you with brief backgrounds on each of the main characters in the show.

Natsuno Hanabi: The main protagonist of the show, Natsuno is a normal schoolgirl who returns to her hometown to start high school. However, things take an unexpected turn for Natsuno when she takes up residence at a dormitory and finds her co-residents to be a bunch of lesbians. What sets Natsuno apart from most yuri manga characters is that she does not have any eccentric traits and is a normal girl looking to lead a normal school life. However, although Natsuno comes off as an innocent and pure girl, she also has lesbian tendencies, which became evident when she was awestruck by seeing Iori naked. The story is told from Natsuno’s perspective and her attitude towards the other characters in the show make it a hilarious watch.

Konomi Fujiwara: Another main character in the show, Konomi is Natsuno’s childhood friend and finds herself reunited with Natsuno at the Tachibanakan dormitory. When they were childhood friends, Konomi had developed romantic feelings for Natsuno and preserved them all these years. Konomi is often shown to be angry Natsuno as she doesn’t view their childhood friendship in a romantic way. However, Konomi is also fiercely protective towards Natsuno and gets infuriated and jealous if other girls touch her or hit on her. As far as Konomi’s personality is concerned, she is shown to be a kind-hearted person in general. However, Konomi can be dishonest at times, especially if the dishonesty yields personal benefits for her.

Iori Takamura: The final main character in the show, Iori is a stoic and eccentric girl who lives in the Tachibanakan dormitory. She is shown to have a love for seafood, and over the course of the show, she develops romantic feelings for Natsuno.