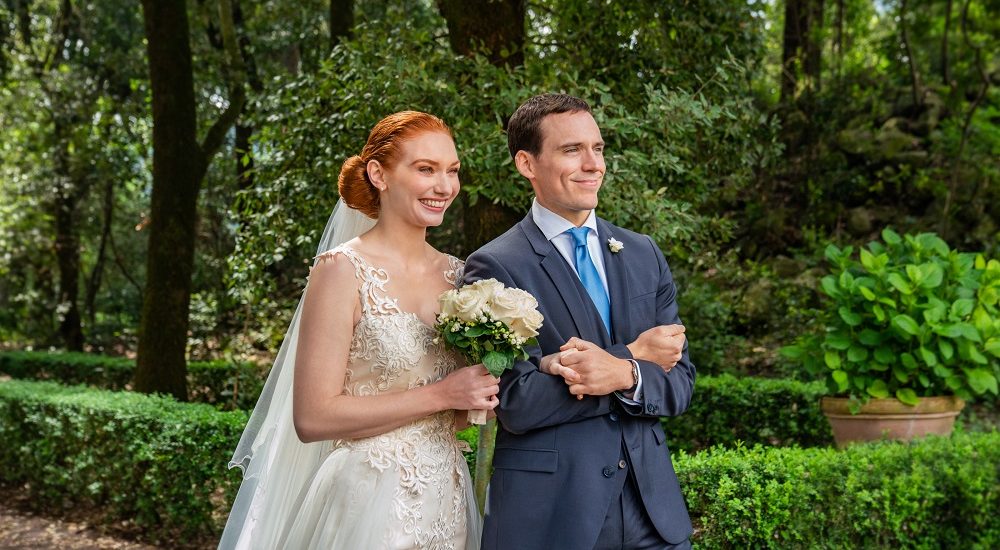 Over the years, a lot of romantic comedies have been set around the premise of a wedding. It is the melting pot of all kinds of characters and allows to bring as much conflict into the fray as possible. The more the people, the worse things can get. And the protagonist of ‘Love Wedding Repeat’ finds himself tackling such a situation. In his sister’s wedding, he not just has to address the troubles from her side, but also has to come to terms with the problems that his own acquaintances bring to the table.

The film begins with Jack and Dina in Rome. They have been hanging out over the weekend, and now that it is time to part, Jack wants to express his feelings for her. Due to his bad luck and worse timing, he is unable to do so. Three years later, we find him back in Rome, this time for his sister’s wedding. Hayley is getting married to Roberto, and she is a bit worried. She passes on this tension to Jack by making him in charge of all the problems.

He comes to know that he has been seated at the same table where his ex, Amanda, is seated too. Both of them dislike each other very much. It is also brought to his attention that Dina, recently out of a relationship, is also here, and this might be Jack’s only chance to win over her. On top of this, Bryan, who is Hayley’s maid-of-honor, though he prefers man-of-honor, has not prepared his speech. And at last, there is the case of a distraught lover who wants to stop the wedding by professing his love for the bride.

The film delivers a good number of laugh out loud moments, but there are also times when it becomes visibly bland. It doesn’t maintain the flow of humor throughout and often has to rely on the actors to perk up the scenes. To their credit, all of them rise to the occasion, at least as much as they are allowed.

All the running around can take a toll on anyone, and Sam Claflin brings out this exhaustion in Jack very well. He is weary of trying to keep up with the complications that don’t allow him enough room to breathe, but he is also hopeful of making good on the limited time that he has with Dina, for whom he feels a strong attraction. The majority of the film depends on Claflin to shoulder the soul of the story, and he certainly does his best.

There is no doubt about the fact that ‘Love Wedding Repeat’ brings together an incredible cast. Olivia Munn, Eleanor Tomlinson, Aisling Bea, and Frieda Pinto- all inhabit different personalities, their individual arcs adding more substance to the story, and them witnessing the development of their own by the end of the film. Jack Farthing brings to life the volatility of Marc, channeling his George Warleggan, of ‘Poldark’, to threaten the wedding into disarray.

One of the disappointments is not to see more of Bea, who puts a smile on your face every second that she appears on the screen. Bryan’s, played by Joel Fry, efforts to keep himself awake also deliver some of the funniest moments of the film. But even with them, the movie does go fall flat at times. Tauter writing would have brought it together better. In fact, and not to spoil anything, the funniest bits of the film are revealed at the end.

The idea of a time loop brings an exciting twist to the story. It delivers several versions of the same day, focusing on how a different stroke of chance can drastically change the outcome. If the fractions of different variants were put together to deliver a seamless day, then perhaps, this film would have turned out better, because, in its quest to present different scenarios, it doesn’t quite get any version entirely right.

Despite all its flaws, ‘Love Wedding Repeat’ succeeds to be an entertaining rom-com. It might not be the perfect escape, but it is a satisfactory respite in the times when people are forced to coop up inside their homes. It is beautiful to look at and leaves you with a good feeling by the end. What more can one want?