Lifetime’s ‘Love You To Death’: All You Need to Know 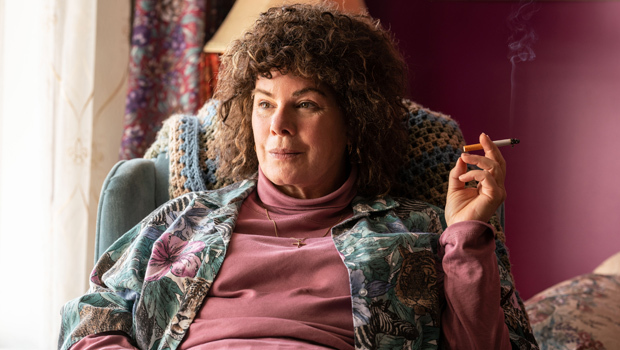 Lifetime has an impressive roster of movies, many of which are ‘ripped from the headlines’, or based on true stories. ‘Love You To Death’ is one such tale, where the truth appears to be more twisted and horrific than fiction. Camile Stoller is the mother of Esme, a sickly girl. They live together, with the former providing constant care to the latter. However, the mother-daughter relationship takes a dark turn, when Camile is found stabbed to death, and Esme is missing.

The dark and dramatic events of the movie are accentuated by extremely powerful performances from the cast members. The location is equally important, as it serves as the canvas where this morbid tale plays out. Naturally, you might be wondering about where was ‘Love You To Death’ filmed, and who the cast members are. We have got you covered in that regard.

Love You To Death Filming Locations:

‘Love You To Death’ has mostly been shot indoors, which makes sense considering the story that plays out. Esme is made to come across as a sick and wheelchair-bound girl, who is cared for by Camile, her mother. In fact, you can check out Harden’s post which depicts scenes shot indoors.

The joy in playing any character- is to relate to them, and make them recognizable. Even when playing people who commit the most despicable acts- often as a result of mental illness. In #loveyoutodeath airing at 8:00 tonight on @lifetimetv we can’t help but be horrified as we ponder that all humans have the capacity for cruelty beyond understanding. But the reverse is true as well. All humans have the capacity for kindness and positive change that exceeds expectations & limits. Playing this character who subjugated her daughter to a life of sickness showed me someone desperate, narcissistic, and lonely. It wasn’t always fun- but it is a story that resonates. And my partner in crime @edskeggs madenit so so worthwhile! @edskeggs is absolutely brilliant and heartbreaking in this film. Beautifully directed by Alex Kalyminios, w fantastic @t8dono- I’ve shared a few candids from the set. Hope u enjoy. #munchausenbyproxy #truecrime #mghbeingsillyonaparallelbar #jordanandjohndavis

However, the film is based on a true story. In reality, it was Dee Dee Blanchard, who forced Gypsy Rose to pretend to be sick. Dee Dee was found murdered in Springfield, Missouri. The two had moved into the house, built by Habitat for Humanity after Hurricane Katrina destroyed their New Orleans home.

Dee Dee exploited Rose’s supposed sickness to conduct fundraisers, which helped her make money, and take trips to fancy places like Disneyworld. Eventually, Rose fought back against the abuse. She convinced her boyfriend, whom she met online, to travel to Missouri and kill Dee Dee. Then the two fled to Wisconsin, where the police ultimately apprehended them.

As far as the filming locations are concerned, ‘Love You To Death’ has mostly been filmed indoors. Therefore, it could technically have been filmed anywhere. Mostly, sets are often built in Los Angeles itself, allowing the movie to stay within budget. However, since Springfield is rather different from Los Angeles, in terms of layout, the production crew also headed to Vancouver, British Columbia. The federal and local tax incentives are an added reason why several production units favor the place. In fact, you can check out director Alex Kalymnios’ posts, which confirm that the movie has been filmed at both locations.

Excited to let you know that my TV Film LOVE YOU TO DEATH will air THIS Saturday 26th Jan on @lifetimetv (in the US only atm) I am so super proud of this film and so thankful and grateful to everyone involved in making this beautiful piece including the fantastic and mesmerising cast. It stars Oscar winner Marcia Gay Harden @mgh_8 and Tony Nominated Emily Skeggs @edskeggs and it is truly a fascinating and complex story inspired by true events. I don’t want to say too much other than watch it if you can…as I would love to hear what you think. #tvfilm #marciagayharden #emilyskeggs #lifetime #sony #director #dga #loveyoutodeath

The crew also recreated a Katrina Shelter at Vancouver, British Columbia. Unfortunately, some of the scenes shot there, do not make it to the final cut of the movie, but it remains a filming location of ‘Love You To Death’, nonetheless. You can check out the director’s post, confirming the same, below.

Unused frames from my latest film LOVE YOU TO DEATH where we recreated a Katrina Shelter. It was such a cool set and full of the most patient supporting artists-including a beautiful two week old baby you can just about see in the third picture. We shot a couple of fabulous scenes that sadly didn’t make the final cut but I thought I would share a few stills as Production Designer Chris August and Director of Photography Peter Menzies @burradoofilms and the whole production team did such an incredible job creating this world. . . . . #unusedframe #directorslife #setlife #womeninfilm #loveyoutodeath #lifetimemovies #marciagayharden 🎥💙🎬

It is likely that the establishing shots have been filmed at Springfield, Missouri, itself, where the real-life event takes place. In conclusion, Lifetime’s ‘Love You To Death’ makes use of its talented cast wonderfully, to weave the twisted tale. The location, on the other hand, becomes secondary to the story being told. The darkness in a person’s mind can find expression anywhere, which is why the location plays second fiddle to the gravitas of the real-life inspired story.

Love You To Death Cast:

Marcia Gay Harden, born in California, is one of the more recognizable cast members. She has appeared in movies like ‘Miller’s Crossing‘. However, Harden’s road to success has been peppered with difficulties, with audiences and critics ignoring or panning most of her performances. She finally managed to show the range of her talent in ‘Pollock’, which won her an Oscar. She is known for roles in the ‘Fifty Shades‘ trilogy, and can most recently be seen in ‘The Morning Show‘.

In Lifetime’s movie, Marcia plays the role of Camile, the woman who apparently spent her time caring for her sick daughter. However, in reality, Camile forced her to appear sick and abused her for years. You can check out Marcia’s post about the movie, below.

Emily Skeggs, who plays the role of Esme, was born and raised in New York. Her love for theater blossomed at an early age, which eventually drove her to act. She studied drama in school and college and has appeared in many off-Broadway and regional plays. She is known for ‘The Miseducation of Cameron Post’, the Chloë Grace Moretz-starring movie.

Her role as Esme, sees her appearing as a sickly, wheelchair-bound and childlike girl. When Esme disappears after Camile’s murder, it is assumed that she has been kidnapped. However, when she is found, a dark truth becomes clear. Esme is physically and mentally healthy. She appears to have been a victim of Munchausen by Proxy. Abused and controlled by Camile, for years, Esme finally kills her with help from her boyfriend. You can check out Skeggs’ post about ‘Love You To Death’, below.

#LoveYouToDeath premiering tomorrow! Tune in January 26th at 8/7c What an honor to tell this story with these titans @mgh_8 @alexkalymnios #jordandavis #lifetimetv @lifetimetv

Talking about Esme’s boyfriend, the role is played by Brennan Keel Cook, another California born actor. Cook studied acting at the American Conservatory Theater in San Francisco, before moving to Los Angeles. He has appeared in shows like ‘Fear of the Walking Dead‘. You can check out Cook’s post about the Lifetime movie, below.

You can catch Love You To Death again tonight on Lifetime at 6pm! It stars the amazing Marcia Gay Harden and incredible Emily Skeggs! #loveyoutodeath #lifetimemovie @mgh_8 @edskeggs @lifetimemovies @lifetimetv

Lastly, Tate Donovan appears in the role of Travis, Esme’s estranged father, who tries to reconnect with her despite the mother’s objections. Donovan was born to a large New Jersey family and began appearing in television shows from the time he was a teenager. Tate’s face is quite familiar as he has appeared in numerous reputed shows like ‘Friends‘, ‘The O.C.’ and ‘Man in the High Castle‘.