Netflix’s ‘The Lovebirds’ follows the story of a couple who break-up after an argument that makes them realize that they don’t have anything in common anymore. However, before they can part ways, they are forced to flee together when they become suspects of murder. The quest to clear their names takes them on a bumpy ride, and by the end, they stumble upon a shocking conspiracy. If you haven’t seen the film yet, head over to Netflix. SPOILERS AHEAD

Leilani and Jibran’s life takes an unexpected turn when they cross paths with Moustache and Bicycle. Moustache murders Bicycle, and the murder weapon is Jibran’s car. To prove their innocence, they pick up Bicycle’s trail to find out who he was and what he did to get murdered by Moustache. All this while, they also have the elephant in the room in the form of their break-up, which they couldn’t attend due to the sudden change in their situation. 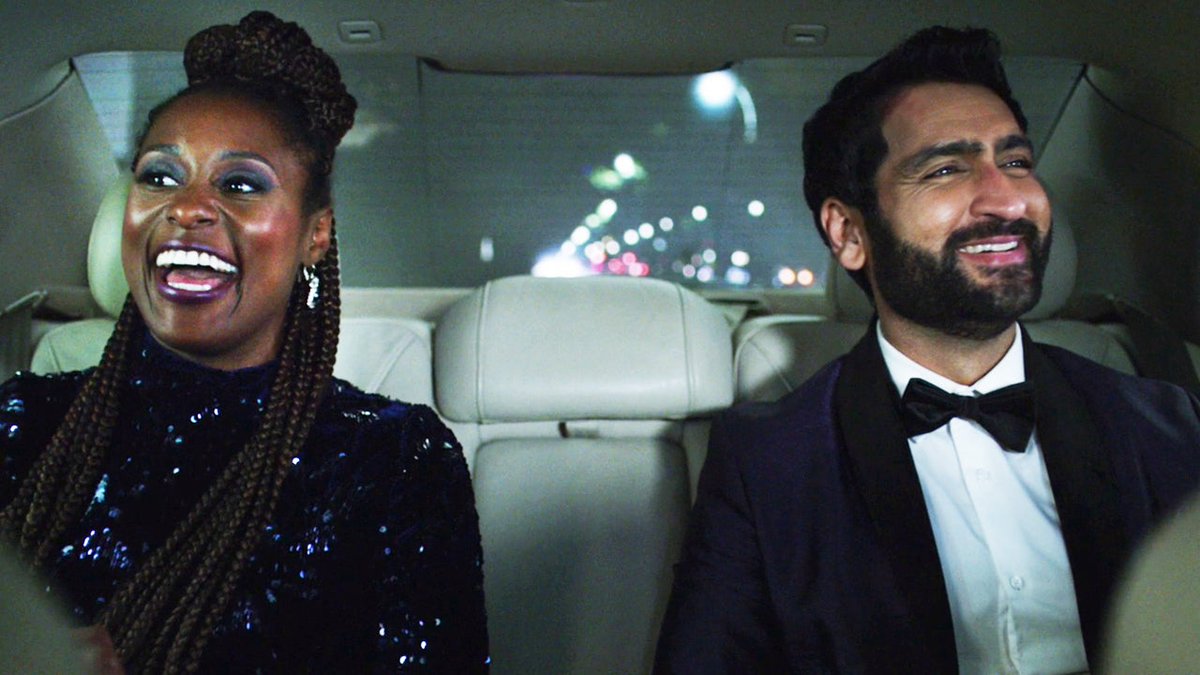 The quest of piecing together the puzzle of Bicycle’s death takes Jibran and Leilani on a bizarre journey. They find another clue after breaking his phone’s passcode. It leads them to a masquerade party, where they also find Senator Burrows and his wife, Edie. It becomes clear that this is some form of a secret society of high-ranking people.

Leilani and Jibran are taken to the police station, where they discover that they had been running in vain. The cops had found CCTV footage, which made it clear that they were not murderers. In fact, the police were trying to find them because they were prime witnesses in the investigation. Officer Martin advises them to have some rest, and a cop is assigned to take them home.

Now that they don’t need to worry about the murder investigation, Leilani and Jibran discuss their sleeping arrangement in the wake of their break-up. But before they can decide whether they really want to break-up or not, they discover that Moustache is driving the car, and he plans to kill them.

Who is Moustache? Is He the Killer? 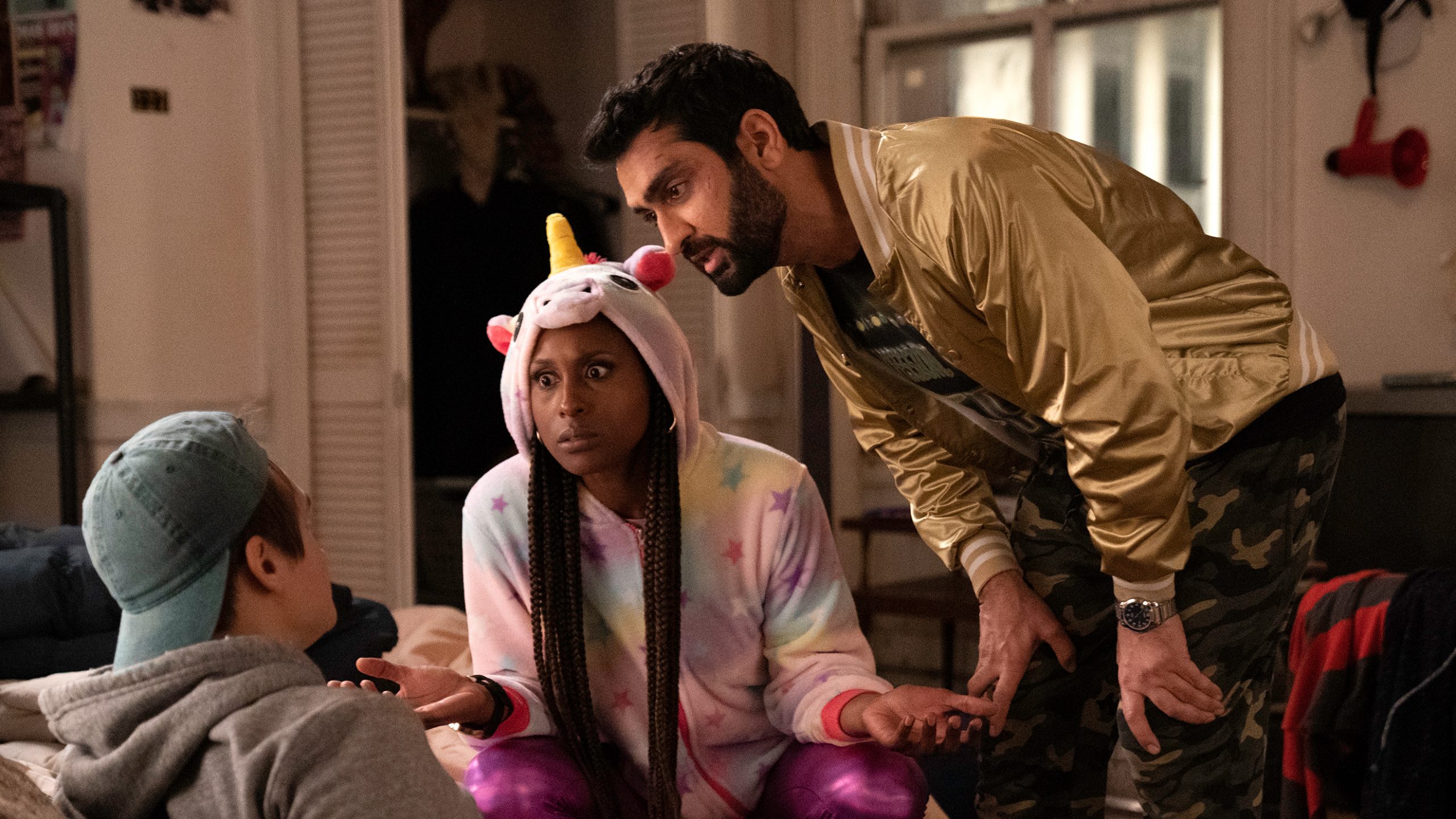 The solution of Leilani and Jibran’s problem is Moustache. If they find him, they can prove their innocence. To catch him, they have to find out who he works for and why he killed Bicycle.

In the end, it is revealed that Moustache is a cop, though a crooked one. He is on the payroll of Sacrarium, the secret society that Senator Burrows is a member of. Because Sacrarium involves high-profile people, the cops have been trying to catch them in action and unravel the identity of all the corrupt people involved in illegal activities. However, every time they come close to finding them, Sacrarium slips away. It becomes clear that someone has been tipping them off, but the identity of the mole remains a secret to the police.

When Jibran and Leilani find out that Moustache is a cop, everything becomes clear to them. He has been working for Sacrarium, but he has also been working against them. He found an excellent opportunity to make more money by blackmailing the members of the cult. Bicycle was his partner, and together, they extorted some very powerful people.

However, all this money made Bicycle greedy. He decided that he didn’t need Moustache anymore. All he needed was the invitation to the party, and now that he had it, why should he split the earnings with someone else. He hired some frat guys to deliver the scandalous pictures that would get him the money. He would pay frugal amounts to them, keeping the bulk of it for himself. However, he forgot how dangerous Moustache was.

The betrayal did not sit well with the cop, and he found it best to eliminate Bicycle from the situation completely. He could always find another partner. What made it even better for him was that Sacrarium asked him to kill Bicycle after Senator Burrows was blackmailed. This way, Moustache’s problem would be solved, and he would also get paid for it.

The hitch in the plan arrived when Leilani and Jibran entered the picture. Because they had identified Moustache and came so close to exposing Sacrarium, there was no other option but to kill them. He had warned his employers about them and thought that they would take care of it, but the plan was spoiled due to the police’s raid. Because his secret was still intact, all he needed was to kill the couple and make it look like Sacrarium did it. However, he underestimated them.

Do Leilani and Jibran break-up?

Leilani and Jibran’s incompatibility had come to light when, on several occasions, they couldn’t understand each other’s cues. In the end, however, they finally click and show excellent co-ordination to save themselves. The cops arrive on the scene, and Moustache is arrested. The entire story about Sacrarium, Bicycle, and Moustache is cleared up, and they are allowed to go free.

After all they have been through, they realize that they don’t want to break-up anymore. The spark that their relationship had lost is re-ignited after the events of the night. They kiss each other like they had on the first date. One year later, we find them on the run again. But this time, they are not running for their lives, but for winning ‘The Amazing Race’.