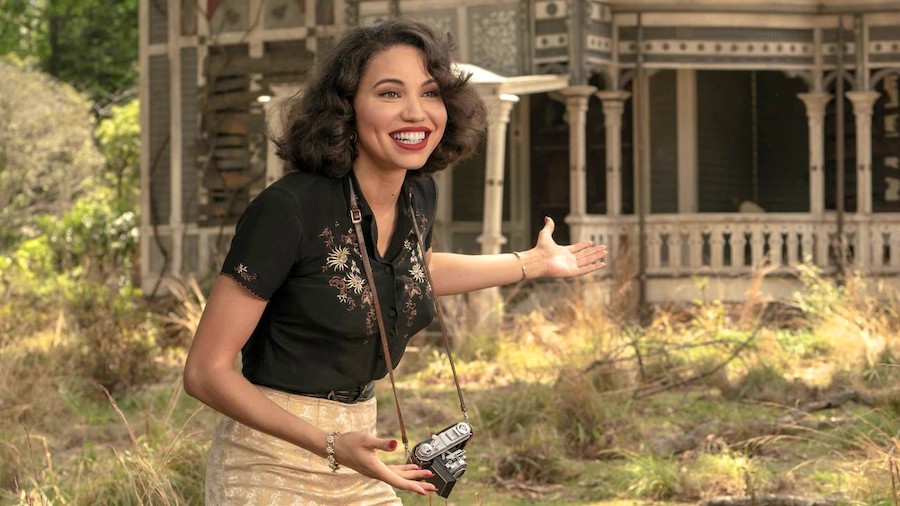 After fighting off monsters and wizards, the characters of ‘Lovecraft Country’ come back home and ready themselves for new challenges. This time around, the show sticks to the roots of horror and delivers a good old haunting house story to the audience. In doing so, the show also remembers to outline all the dangers, and underline the ones that are more fatal to the characters. By the end, a new twist is added to the story. If you haven’t seen the episode yet, head over to HBO. SPOILERS AHEAD

Letitia buys a new house in an all-white neighborhood, hoping to get a permanent roof over her and Ruby’s head and bringing other black people in the neighborhood. However, there are problems both inside and outside the house and it’s going to be a lot of struggle before Leti can make sure that they are completely safe there. Meanwhile, Atticus stays with Hippolyta and Diana for a couple of weeks, trying to help them after the passing of George. He, Montrose, and Letitia told Hippolyta that George had been shot by a white cop and that they took care of him. However, Hippolyta is suspicious of the explanation. She knows that they are not telling her the whole truth.

The Ghosts of the Winthrop House 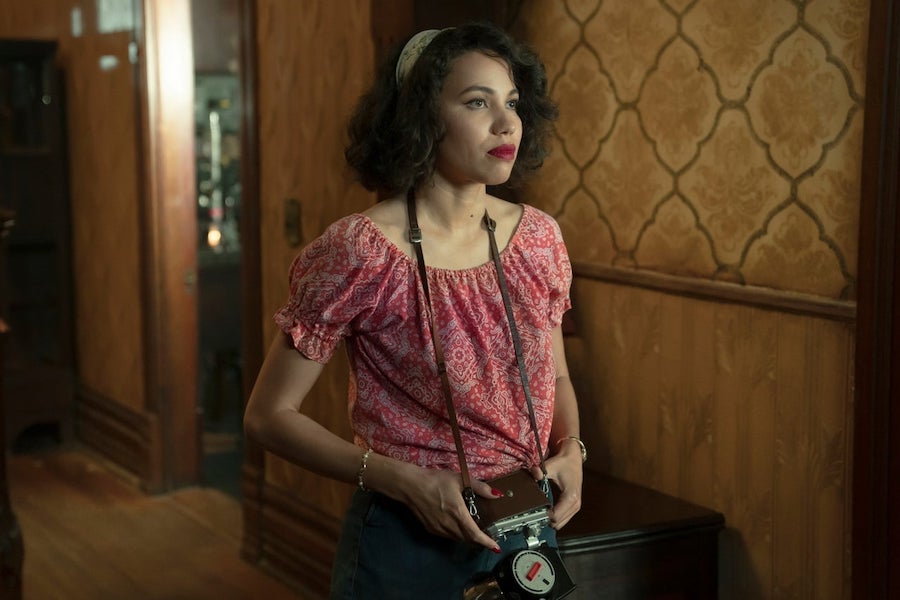 When Letitia moves into an all-white neighborhood her most haunting concern is the reaction of her neighbors. Soon enough, they show their colors and start hounding and harassing Leti and her tenants, while the cops don’t care to stop or even acknowledge them. However, the white people on the outside are not the only ones who want Leti to leave the house.

After putting a few two and twos together, Letitia realizes that her house is haunted. From the clues in the photographs, she tracks down the entire story of the place. Before her, a man named Hiram Epstein was the resident of the Winthrop house. He was a scientist but had made a name for himself due to his unethical practices. It turned out that he had been experimenting on black people. What’s worse is that the cops had been helping him in it. They weren’t just covering his tracks but were also providing him with guinea pigs to continue his experiments.

A total of eight dead bodies had been recovered from the house after Epstein’s death. All of these eight people had now become the ghosts of the house, and their murderer was living amongst them too. Epstein’s ghost wanted Leti out of the house while the rest just wanted their presence felt. However, she was not ready to be hounded by any more white people, so she decides to get some help in exorcising the demon. When everything seems to fail and Epstein possesses Atticus to kill Leti, she calls upon the eight spirits in the house to help her and avenge their deaths. Together they cast out Epstein’s ghost from the house, and in the process, the eight spirits are also brought back to their original form, before Epstein conducted his horrible experiments on them. They, too, get a release from the house.

Unbeknownst to Leti, another thing that the spirits had helped her with was the intruding of three white boys from the neighborhoods. They had broken into the house to scare away Leti, Atticus, and the priestess who had been brought to cleanse the house. The boys didn’t know what they were getting into and while Leti was fighting off Epstein’s ghost, the boys were conveniently disposed of, never to be found again, much like the other dead bodies in the tunnel under the house. 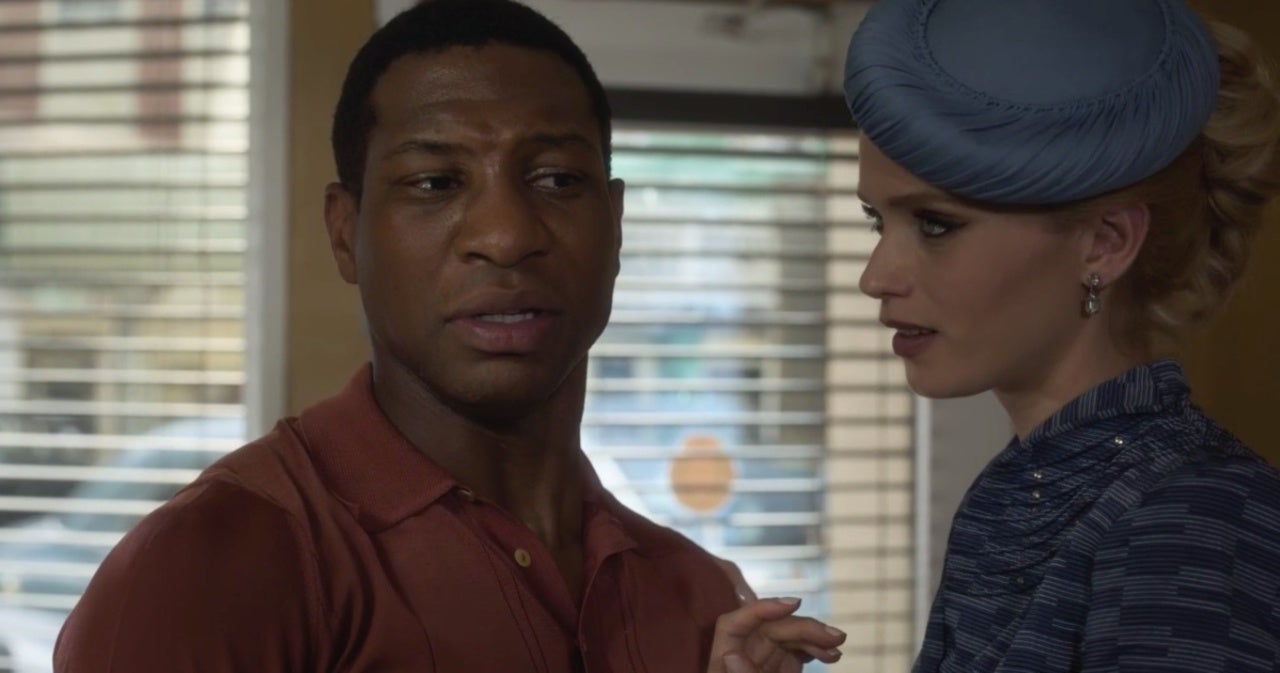 When Leti buys the Winthrop house, the first thing that Ruby asks her is how she managed to do that. Where did she get the money, considering that she had been borrowing from her siblings all this while just to get by? Later, Leti lets it slip that their mother had left some inheritance to Leti and she used that money to buy the house. Again, Ruby wonders, their mother had no money and she wasn’t really the kind who would care for others. The true source of the inheritance is revealed in the final scene of the episode. The nature of Leti’s new situation wasn’t lost on Atticus, who followed a few breadcrumbs to discover that it wasn’t Leti’s mother who left her the money. It was Christina Braithwhite.

The Winthrop House belonged to a man named Horatio Winthrop who had been one of the founders of the Sons of Adam. He wanted to create his own cipher from the Book of Names, so he stole some of its pages. For this act, he was banished from the organization, but that didn’t stop him from continuing his work. The deciphering of the language of Adam would bring immense power to the one who accomplished that task. Through this, a person wouldn’t have to depend on one or two incantations created in their lifetime. They could have access to all the magic that they would ever need. But to do that, one would need the entire Book of Names, including the pages stolen by Winthrop.

Christian Braithwhite, who turns out to be invulnerable (courtesy of the incantation created by her now-dead father), wants those pages. She knew that they were hidden somewhere in the house because the last time, Epstein had them, using which he was trying to create his own incantation, hence the experiments. Christina gets the house to Letitia because she knew that one way or another, this would help her get to the bottom of it and locate those pages. Now that Atticus knows the whole story, she has passed this responsibility on to him.

The episode also gives us a hint as to where the pages might be. We discover that the elevator goes one level beyond the basement where there is a secret tunnel. What’s interesting is that this level has been enchanted with secret markings, perhaps to keep the others out of it. It is in the tunnel that the bodies of the three white boys are disposed, and the other skeletons show that the history of the place is much longer and bloodier than what Letitia knows. Also, the tunnel leads somewhere? Where to, we will find out in the coming episodes. But considering all that we know, it must lead to the secret vault where the pages are hidden.