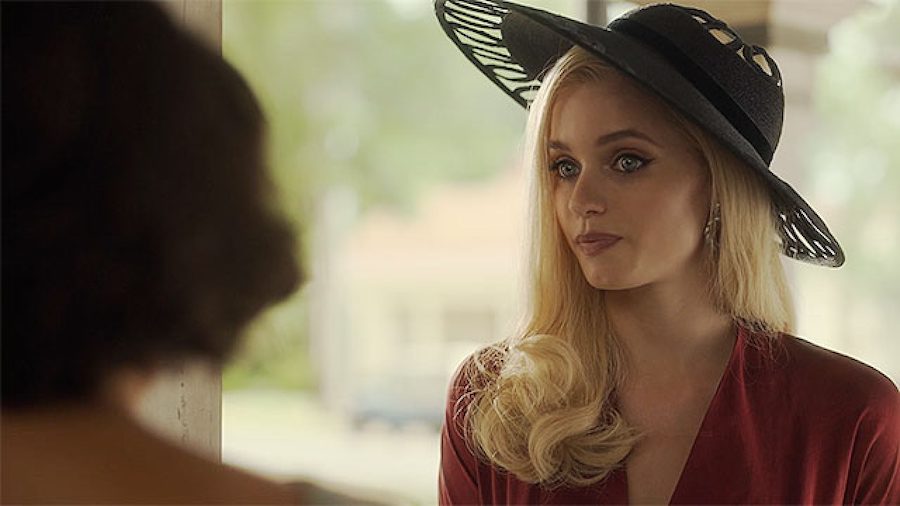 The fourth episode of ‘Lovecraft Country’ takes Tic, Leti, and Montrose on another adventure, while also poking at the curtain of all the sci-fi mysteries that it plans to unfurl throughout the season. While it answers some things from the previous episode, it also leaves some very interesting questions for the next one. Though it pales a bit in comparison to how things had been tackled in the last three episodes, it does keep us interested enough to come around for more. It also expands the roles of the characters that had only stayed on the sidelines all this while. The ending gives a particular twist to the relationship between Tic and Montrose. SPOILERS AHEAD 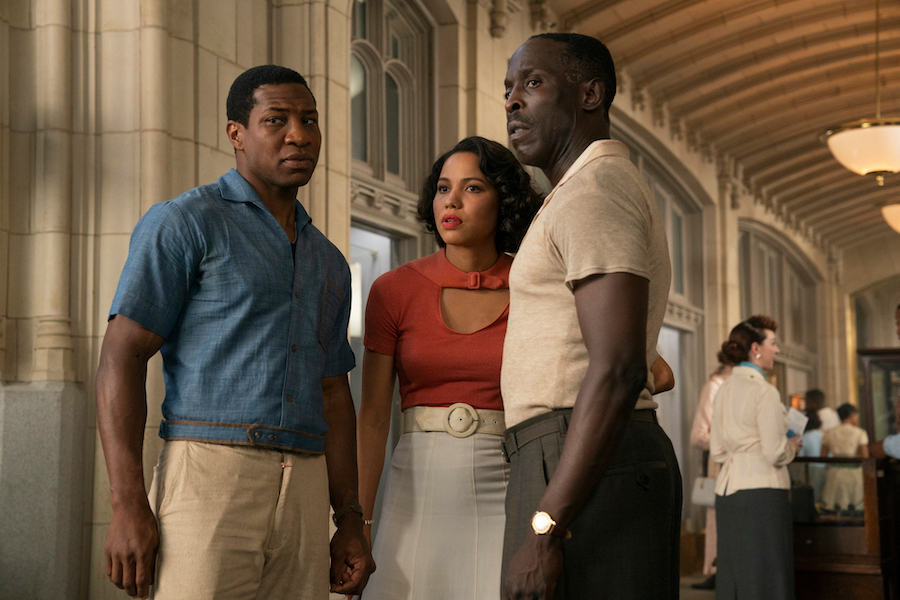 Christina Braithwhite pays a visit to Letitia, where the latter comes to know about the truth regarding the money, the house, and the Book of Adam. Atticus plans to find and decipher those pages, so he can start using some magic of his own to protect his friends and family. He and Leti discover that Montrose has been doing some research of his own, and finally, they arrive at the conclusion that the pages from the Book of Adam might be hidden in Titus Braithwhite’s vault, which in turn, is somewhere in Boston.

They head towards Boston, joined by Hippolyta and Diana, but their journeys go different ways. In between this, Ruby feels disheartened after losing a job and has an interesting encounter with William. The show also teases the audience about all the things that lie in wait for us. Christina has a meeting with Lancaster, the police officer who had been helping Hiram. She is looking for Hiram’s orrery (which Hippolyta took away from Leti’s place in the third episode) and says that it is the key to the time machine. 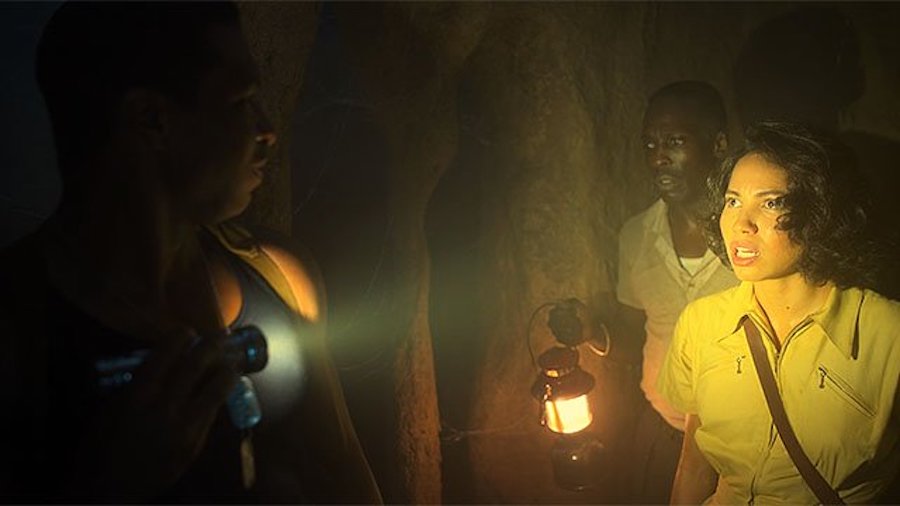 The quest to find the lost pages from the Book of Adam leads Atticus, Leti, and Montrose to Boston. They find a hidden passage in the museum and every clue leads them to a booby-trapped puzzle that they barely survive. By the end, it becomes clear to Atticus that Montrose knows much more than he lets on. After their return from Ardham, he had told Atticus to stay away from the Braithwhites, the magic, and all the trouble that comes with it. The only thing he wants now is for his family to remain as far away from that complicated and mysterious side of the world as possible. But while he wants Atticus to give up on Ardham, he doesn’t do so himself. He doesn’t tell him or Leti that he had the handbook of the Sons of Adam.

He knows all the details about how they work, which is what helps him decipher how their secret passageways can be opened and what the answers to their puzzles might be. When he realizes that Tic and Leti are not going to leave things as they are, he decides to accompany them to Boston and stop them from getting themselves killed due to their lack of knowledge on the subject. All this while, the only thing he wants is to sever their connection with the magical world, and hence, keep them safe. At the end of the episode, this is what becomes his motivation to kill the siren.

Rewind a bit and you’ll end up in the secret vault which Tic, Leti, and Montrose find after they realize that they are back in Chicago. The dead body of Leti’s neighbors and the elevator in the tunnel shows them that they are just below the Winthrop House. The tunnel that we had seen at the end of the third episode is this one, and it seems to connect all the secret lairs of these magicians. Pushing forward, the trio eventually ends up at Titus Braithwhite’s hiding place, where they find entrance after some of Atticus’s blood is spilled. 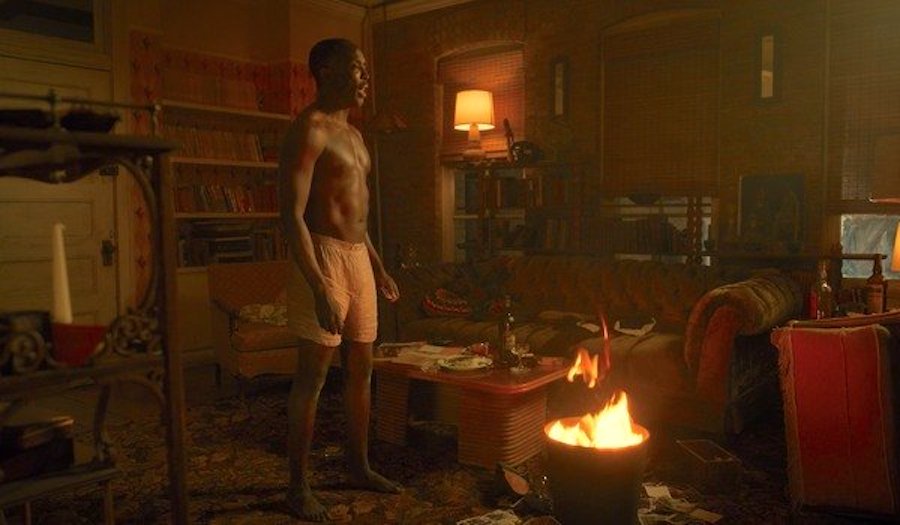 There they find a person named Yahima who tells them that they had helped Titus in deciphering the language of Adam, but when they realized who he was and what he really wanted, they decided to stop. However, Titus punished them for it by killing their people and putting a spell upon them which breaks a century later, when Tic, Leti, and Montrose end up there. The four of them have to run for their lives when the vault is flooded by the rising tide in the tunnels. They use the elevator to find refuge in Leti’s house.

When they get out of the water, Yahima lets out a deafening scream, and it is later revealed that this is part of Titus’s spell. He not only turned them into a decaying corpse but also enchanted them in a way that should they ever leave the vault, they’ll be turned into a siren and lose their ability to speak. This was to ensure that they can never help someone else to decipher the Book of Adam. Despite this hurdle, Tic feels optimistic about where they are to go from here. He plans to teach Yahima English, so instead of deciphering the pages, they can just know what it means.

A twist arrives when Montrose kills Yahima. Why did he do that? The answer is simple. He helped Tic in getting to the vault and retrieving the pages because he didn’t want him to die doing so. Now that Tic is safe and sound and back at home, Montrose doesn’t want him to do anything that further leads him to the Braithwhites and their magic. He knows that once the pages from the Book of Adam are deciphered, Tic will start using magic and then, there’ll be no going back. He kills the siren simply because he doesn’t want to encourage his son, not because he wants to harm him. However, there is a huge difference between burning a book and killing a person. And while to Montrose, it seems like helping his family, he will have a hard time convincing Atticus of the same.