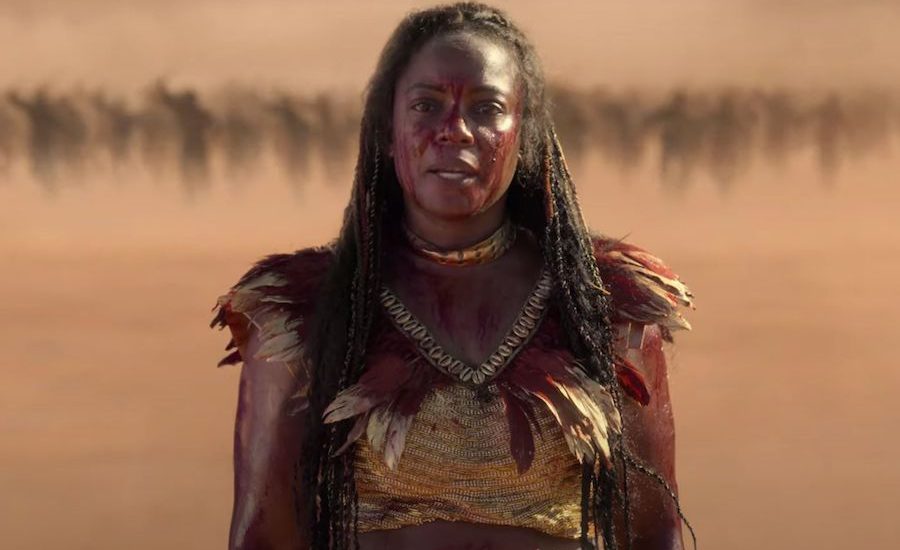 With every episode, ‘Lovecraft Country’ not only unravels its many mysteries but also lets in the one character at a time into its secrets. Ever since the death of her husband, Hippolyta had felt like Atticus and the others were keeping something from her. At the end of episode five, she decided to take things into her own hands, and this episode expands her story immeasurably, giving us an insight into how she has felt all this time and what lies for her in the future. The ending leaves us on another cliffhanger. Here’s what it means. If you haven’t caught up with the show yet, head over to HBO. SPOILERS AHEAD 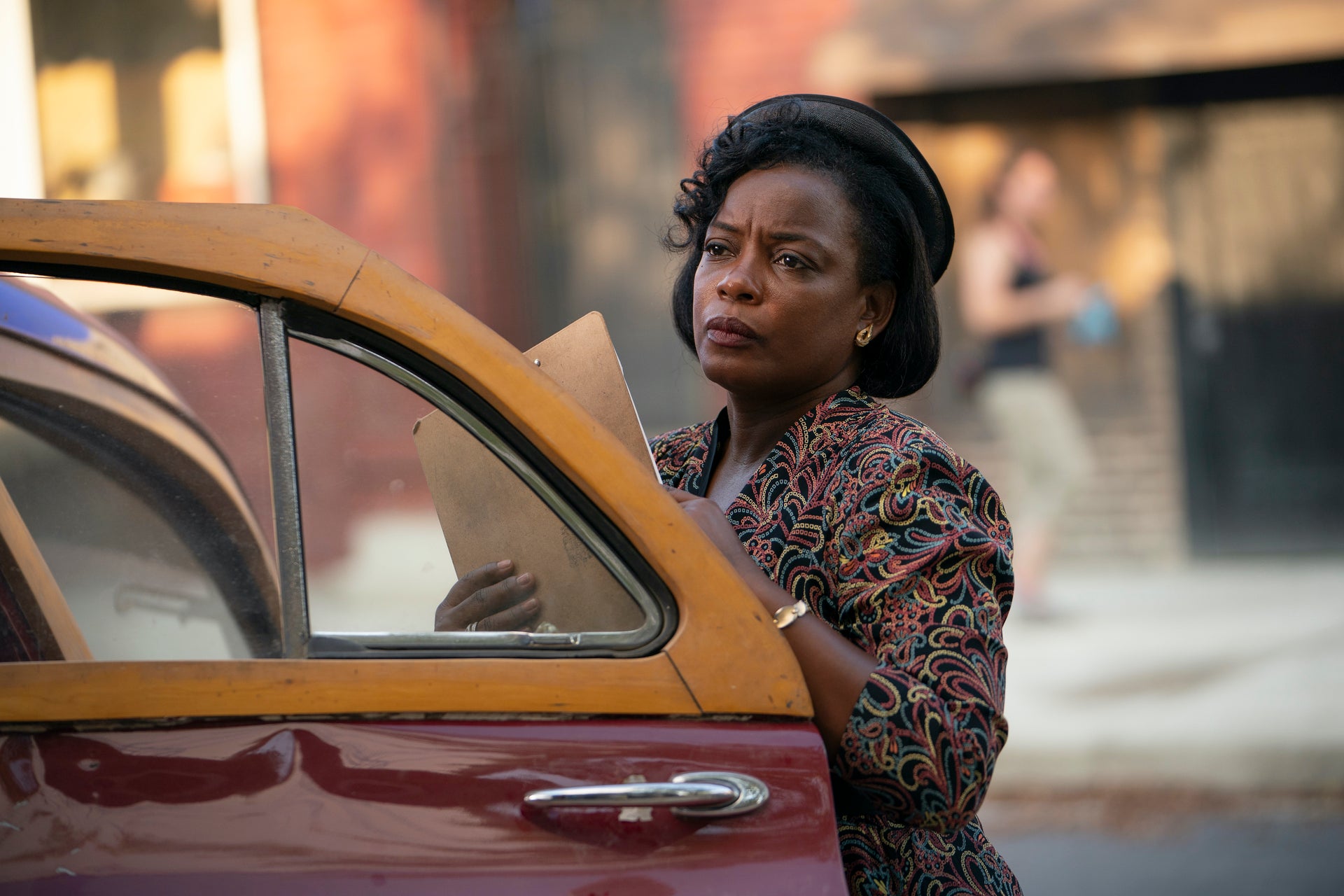 After cracking the code of Hiram’s orrery, Hippolyta finds herself at a dilapidated observatory, which Captain Lancaster has also been keeping an eye on. She solves the puzzle and opens the doorway that leads into several universes. She is attacked by two cops, and Atticus arrives just in time to save her. At the end of the tussle, one cop is thrown into an unknown universe, and the other lies bleeding on the ground. Both Hippolyta and Atticus are sucked into the wormhole, which is where we find Hippolyta on her adventurous journey through strange new worlds.

It doesn’t take long for Hippolyta to discover that she is in an alternate dimension where the beings have the power to be whatever they want by simply naming it. She names herself places and things and gets to dance with Josephine Baker in Paris, becomes a warrior who fights against the Confederate soldiers, reunites with her husband, and explores the worlds created by her daughter in the Orinthya Blue comics. This journey is not just about showing Hippolyta how endless the universe and its possibilities can be but it also brings her face to face with the curious side of her that had been repressed by not just the oppressive white patriarchal society, but also by her own husband who didn’t understand that she needed to grow beyond her constraints, that she could be as big as she wanted to be.

With every step, Hippolyta lets herself go and tastes freedom of actions and thoughts; she manifests her anger and eventually acquires the same level of understanding as to the beings of this alternate dimension. Before she begins her journey into the different versions of her wants, a woman, credited as Seraphina, introduces herself as “I Am”. This being tells Hippolyta that she is not a prisoner and then leaves her caged in a cell. What this implies is that Hippolyta is caged by her own thoughts and limitations rather than any physical wall placed in front of her. At the end of her journey, Hippolyta has broken through all barriers and has attained enlightenment in a way that she, too, can simply be “I Am”. She is not just curious or angry or grieving or exploring anymore. She is all of them all at once, which is why she is now ready to join Seraphina in the new world. 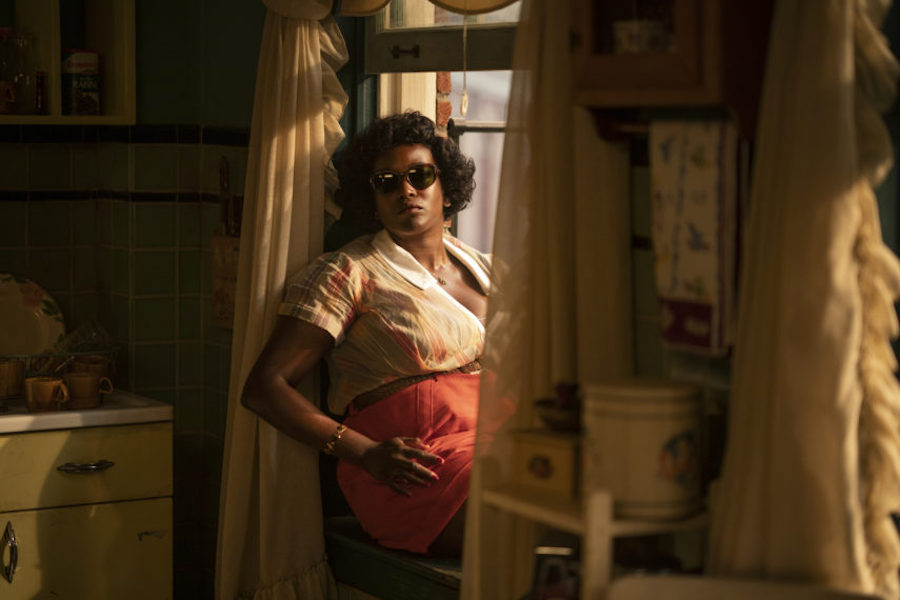 With almost everyone in the loop now, the seventh episode of ‘Lovecraft Country’ leaves us with more questions than answers. The first thing that it leaves us wondering about is the dynamic between Ruby and Christina. After discovering that it wasn’t William but Christina all along, Ruby demands all answers, devoid of any lies or half-truths. Assuming that Christina has told her everything, it means that Ruby now knows about what happened in Ardham, the Book of Names, and everything else. In her conversation with Leti, where they seemed to get back to good terms, it felt like Ruby was holding a grudge against Leti for not telling her everything before. Also, she doesn’t let Leti know that she knows and what has happened with her, and the way she seems to be spying on her sister’s phone call with Tic, it looks like Ruby hasn’t completely severed connections with Christina just yet.

At the end of the episode, it is also revealed that while Hippolyta was on her own journey in the alternate dimension, Atticus has been to some strange places too. He comes out of the wormhole with a copy of Lovecraft Country by George Freeman. How did he get it, and what is written in it? It is clear that no two journeys are the same in the alternate dimensions, which makes us curious about Atticus’s journey. He had been looking for the Book of Names, and it looks like Lovecraft Country might have some answers. The most important question that needs answering is Hippolyta’s decision. When she is offered the choice to permanently stay in this enlightened form or return to her original life, she seems to be on crossroads. She likes this new version of herself, but she also has a daughter who needs her. We don’t see Hippolyta coming back, but that doesn’t mean that she has abandoned her daughter. While she might return for Dee, Hippolyta will not be the same. Also, she will have to be there for Diana even more now than ever because she, too, is going to become a part of this dangerous set of circumstances.

When Atticus flees the observatory with police sirens ringing in the background, we see Hippolyta’s copy of Orinthya Blue left behind in the pool of the dead cop’s blood. It has Diana Freeman’s name on it. It means that when the cops, i.e., Captain Lancaster, find it, Diana will have to face a lot of problems. Also, she doesn’t know about all the things regarding her father’s death and the fight over the Chicago lodge and how her family is connected with it, which means that she might hesitate to share her troubles with someone. It also means that Lancaster would come around to Hippolyta, and believing that she had been sent there by Christina, he might cook some nefarious plans against her. Only, he doesn’t know how Hippolyta’s experiences have changed her, and how strong and smart she is to let a mere man trouble her or her family.